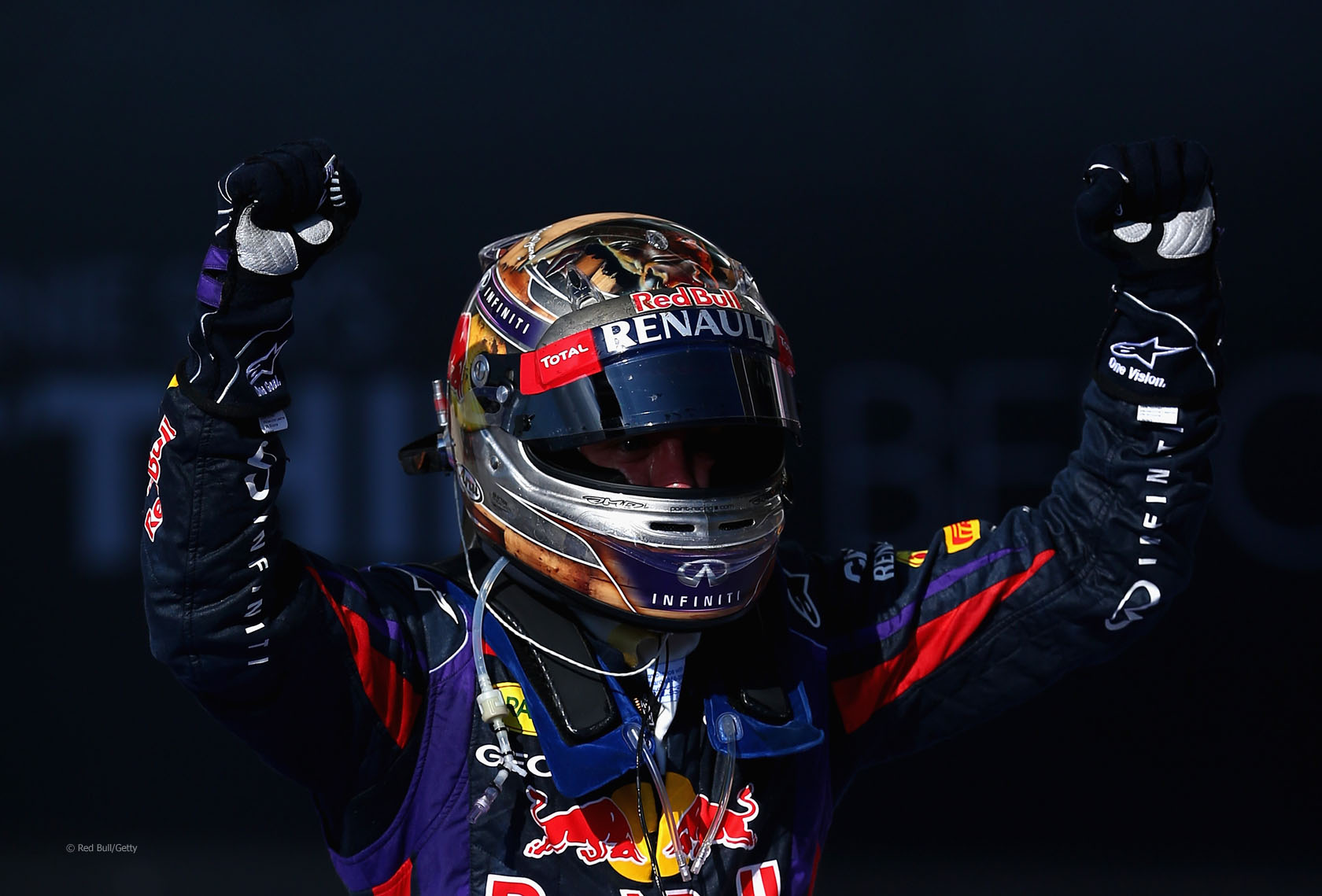 Sebastian Vettel became the first driver in Formula One history to win eight consecutive rounds of the world championship with victory in the United States Grand Prix.

He broke a record which has stood for 60 years, when Alberto Ascari took his seventh win in a row driving a Ferrari 500 in the Argentinian Grand Prix. His winning streak had begun the previous year.

Nine years ago Michael Schumacher took seven wins in a row at the wheel of another Ferrari, the F2004.

But Vettel and his Red Bull RB9 now hold the record for most wins in consecutive races:

Ascari went on to extend his winning streak to nine races in a row after missing the 1953 Indianapolis 500, which counted towards the world championship. Note also that all the other races in the 1952 and 1953 world championships were run to Formula Two regulations instead of Formula One.

Victory for Vettel in the final race of the year would not only tie Ascari’s record of nine wins in consecutive races entered by a driver, it would also tie Schumacher’s record of winning 13 races in a season. Schumacher won 13 out of 18 rounds in 2004, Vettel has one extra race in which to achieve that feat.

Red Bull are also gaining on McLaren’s record for most wins in consecutive races. They went undefeated for 11 races in a row in 1988 while Ayrton Senna and Alain Prost cleaned up in the devastating MP4-4.

Vettel recorded his 38th win (he’s now three behind Senna in terms of total victories), 44th pole position (needing 21 more to catch Senna) and 22nd fastest lap – the latter moving him one ahead of Fernando Alonso and among the top ten drivers who set the most.

This was Vettel’s eighth hat-trick of win, pole and fastest lap, which means he now has as many as Prost. Ahead of him lie Juan Manuel Fangio, with nine, Jim Clark on 11 and Schumacher’s distant tally of 22.

Finally, his first win in America means the Hungarian Grand Prix is the only remaining race he is yet to win.

There were mixed fortunes for the two Finnish drivers in the race. Heikki Kovalainen failed to score on his return to F1 for Lotus and so increases his already record string of point-less races to 61.

However Valtteri Bottas claimed the first points of his F1 career with eighth place. He is the 323rd driver to score in the world championship.

Romain Grosjean scored his sixth podium finish of the year meaning he now has more than Lewis Hamilton. Curiously, both Lotus drivers have more podium finishes this year than both Mercedes drivers, yet Lotus trail Mercedes in the constructors’ championship.

Spotted any other interesting stats and facts from the United States Grand Prix? Share them in the comments.