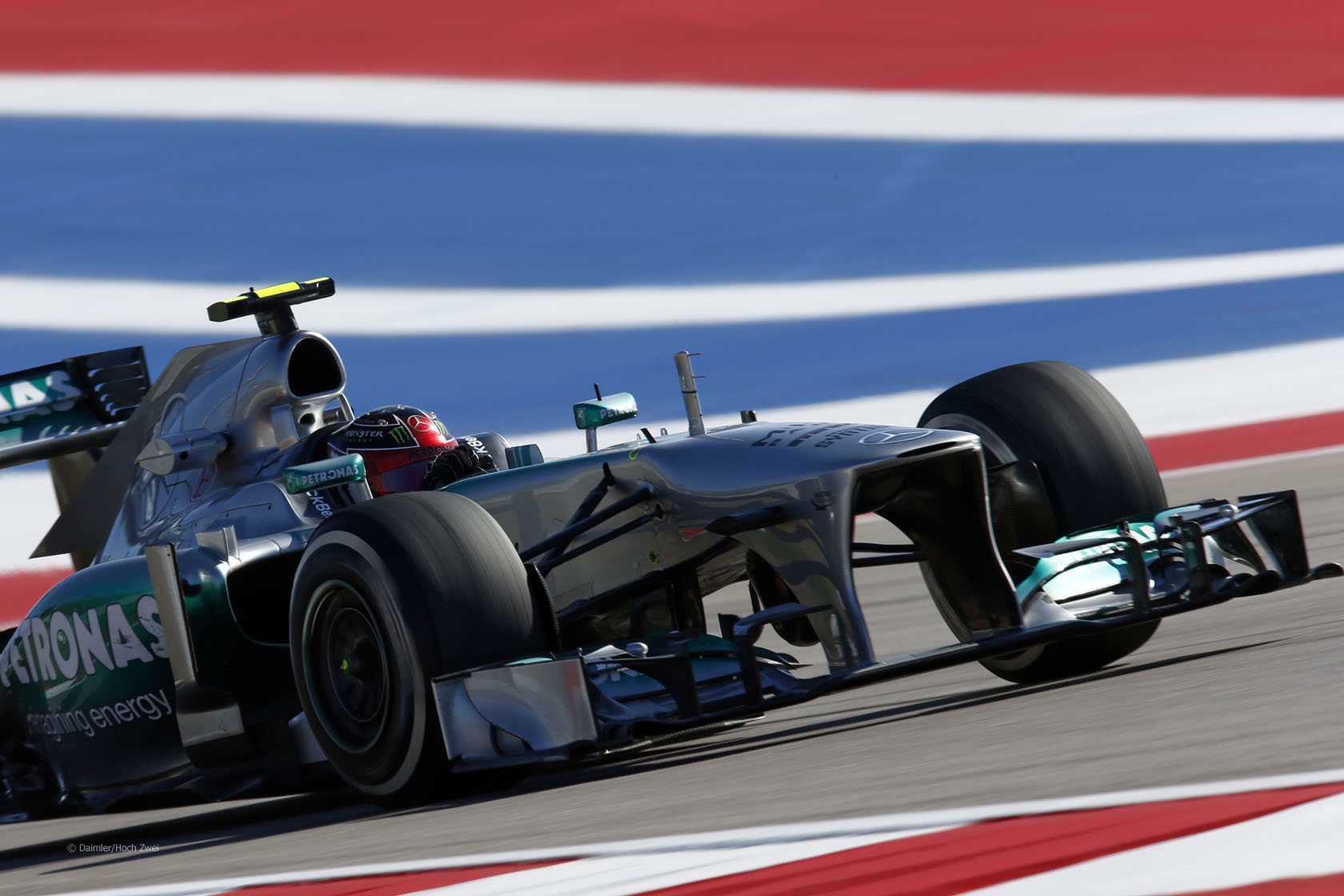 Lewis Hamilton said he was sure his change of chassis prior to the United States Grand Prix solved the problems he had been having previously.

Hamilton’s chassis was changed for this weekend after the team found damage on his car following the Abu Dhabi Grand Prix.

“The car was night and day different to what it was in Abu Dhabi,” Hamilton told reporters after the race, “so I’m pretty sure the new tub helped.”

Hamilton declared he was “happy for the guys and just happy to have gone forward” after finishing fourth in the United States Grand Prix.

“I’m always talking about either staying where I am or going forwards and so I’m really happy with that. The team did a great job.”

Hamilton helped the team extend their lead over third-placed Ferrari in the constructors championship. “Really just so happy that I could contribute, get some points for the guys,” he said.

“They’ve been working so hard all year and I’ve had some really difficult races in the past half of the season so to finally have a half-decent qualifying and then be able to move forward and really utilise the tyres and have some life left in the tyres.”

He successfully resisted pressure from one of the Ferraris at the end of the race. “I was just really happy that in the end I could see Fernando [Alonso] was catching so I was just looking after he the tyres to wait until he starts to push.”

Hamilton also moved up to third place in the drivers’ championship but said: “that doesn’t mean anything.”

“Plus, the guy that was in third [Kimi Raikkonen] wasn’t even racing so it doesn’t mean anything to me.”

20 comments on “Hamilton sure new chassis helped his performance”