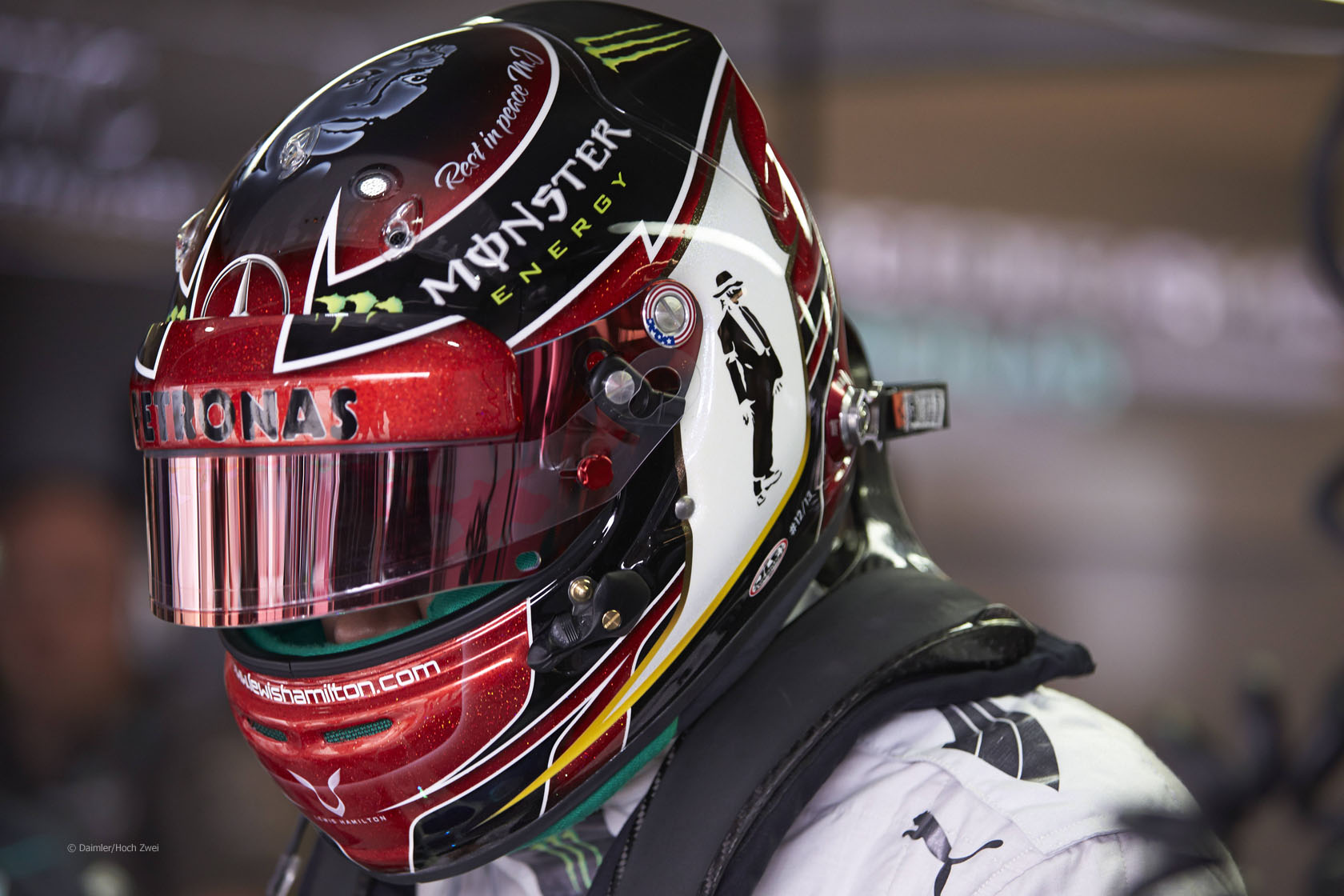 Among those using a one-off design for this race is Lewis Hamilton, who has changed from his usual yellow design to a red helmet paying tribute to Michael Jackson.

Sebastian Vettel and Romain Grosjean are both wearing American-themed helmets. Meanwhile Mexican duo Sergio Perez and Esteban Gutierrez, who have many supporters from their nearby homeland at the track, have their national colours on their helmets. And Giedo van der Garde has also changed his design for this weekend.