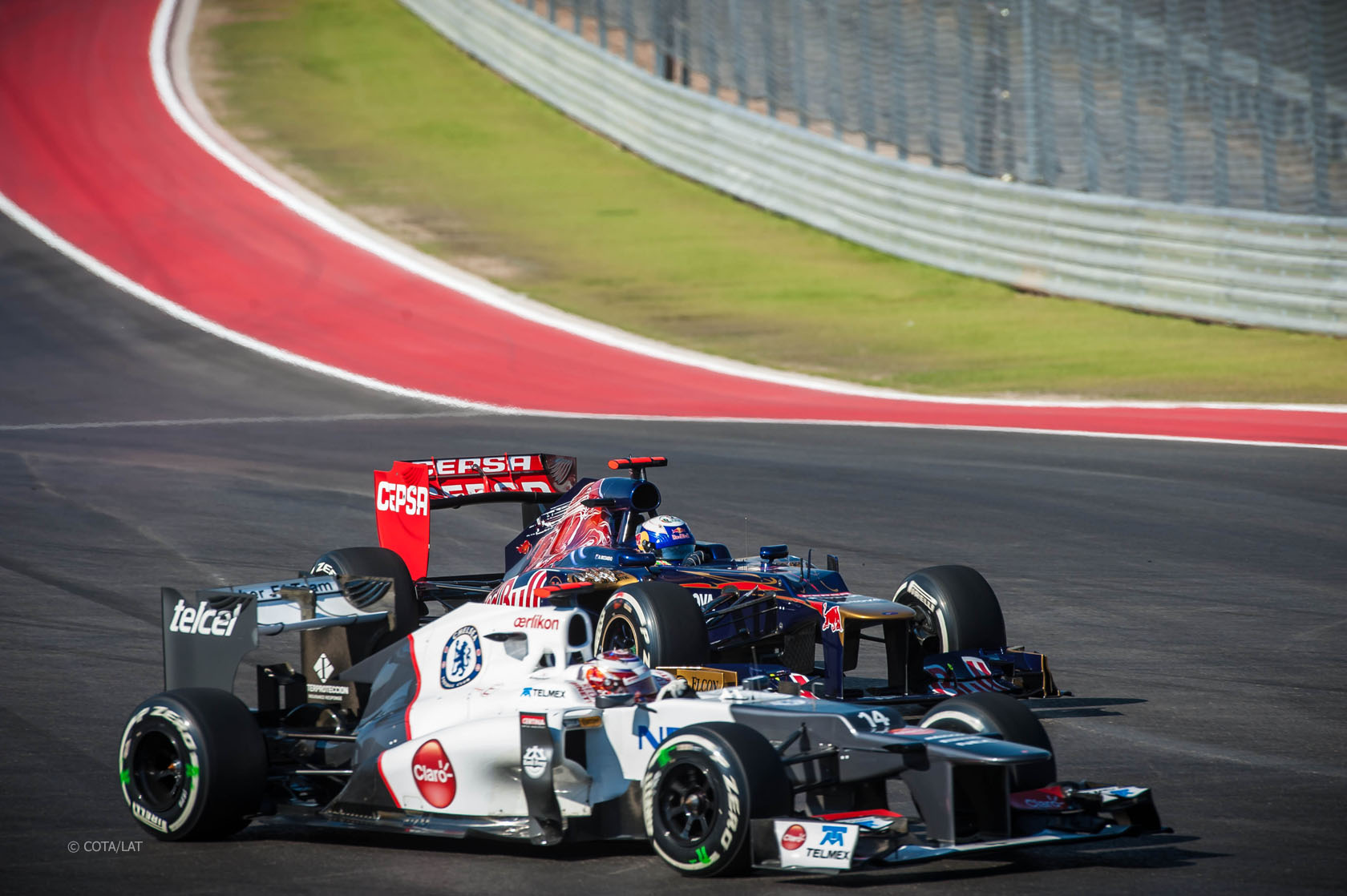 Drivers will be able to use DRS for almost the full length of the pit straight in addition to the zone used during last year’s United States Grand Prix.

A second DRS zone has been added in line with the practice at most other races this year. The detection point for the extra zone will be located before the penultimate corner.

The original DRS zone remains on the main straight as per last year’s arrangement.

25 comments on “Second DRS zone on pit straight at COTA”