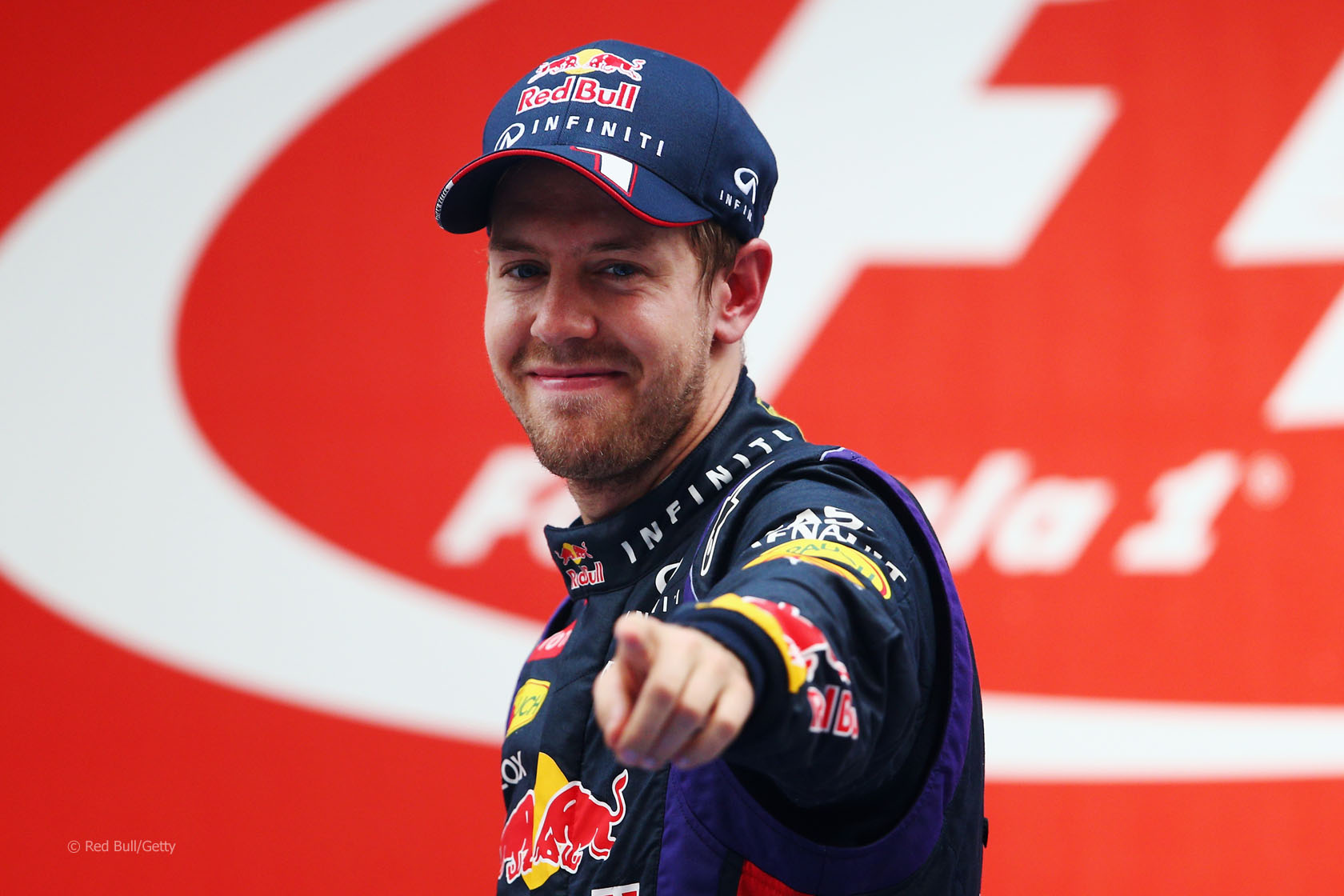 It was mentioned several times yesterday but the bald facts of Sebastian Vettel’s astonishing success bear restating: at the age of 26 years and 123 days, he has just won the world championship for the fourth time.

That made him the fourth driver in F1 history to claim four world titles:

It was the 11th world championship victory for a German driver, all of which have been shared by Schumacher and Vettel. Only British drivers have scored more, with 14 titles shared between 10 of them.

Somewhat overlooked amid the world championship hullabaloo was the fact that this was Vettel’s sixth win in a row. Only two drivers have won more races consecutively: Alberto Ascari and Schumacher. The record for most wins in consecutive rounds of the world championship is the seven races won by those two drivers. However Ascari won nine consecutive races he entered in 1952 and 1953, skipping the points-scoring 1953 Indianapolis 500.

It would also push Vettel past the record of most points scored in a season, which is the 392 he racked up in 2011. Of course, as noted regarding Fernando Alonso’s helmet, the changing points system makes it hard to compare between the two. For what it’s worth, Schumacher would have scored 380 points in 2002 under the current scoring system.

Vettel added his third hat-trick of wins in consecutive events at the same track, winning in India from 2011 to 2013 as he also has in Korea and Singapore. That plus his formidable record in Japan (four wins in five years) demonstrates his supreme dominance of this sequence of Asian races.

He chalked up his 36th career win, leaving him five short of Ayrton Senna, and his 43rd pole position.

India became the 20th different country to decide the destiny of the drivers’ championship. The Buddh International Circuit is the 28th different track where the 64 titles have been won:

Red Bull also won the constructors’ championship on the first day both titles have been won since their and Vettel’s predecessors Jenson Button and Brawn did so at Interlagos in 2009. Ferrari have equalled McLaren’s record for most points scores in consecutive races. They have scored for 64 races in a row, featuring in the top ten at every race since the 2010 British Grand Prix.

That was also the last race Fernando Alonso finished without scoring a point until yesterday’s grand prix. The upside to which is he can continue to wear his helmet marking his record 1,571 points in Abu Dhabi this weekend if he chooses to.

Romain Grosjean’s climb from 17th on the grid to finish on the podium was the most positions any drivers has gained so far this year, a climb of 14 places. The previous best was Paul di Resta’s gain of 13 places to finish eighth at Silverstone. This was Grosjean’s third consecutive third place finish.

Team mate Kimi Raikkonen set the fastest lap of the race, the 39th of his career.

Spotted any other interesting stats and facts from the Indian Grand Prix? Share them in the comments.