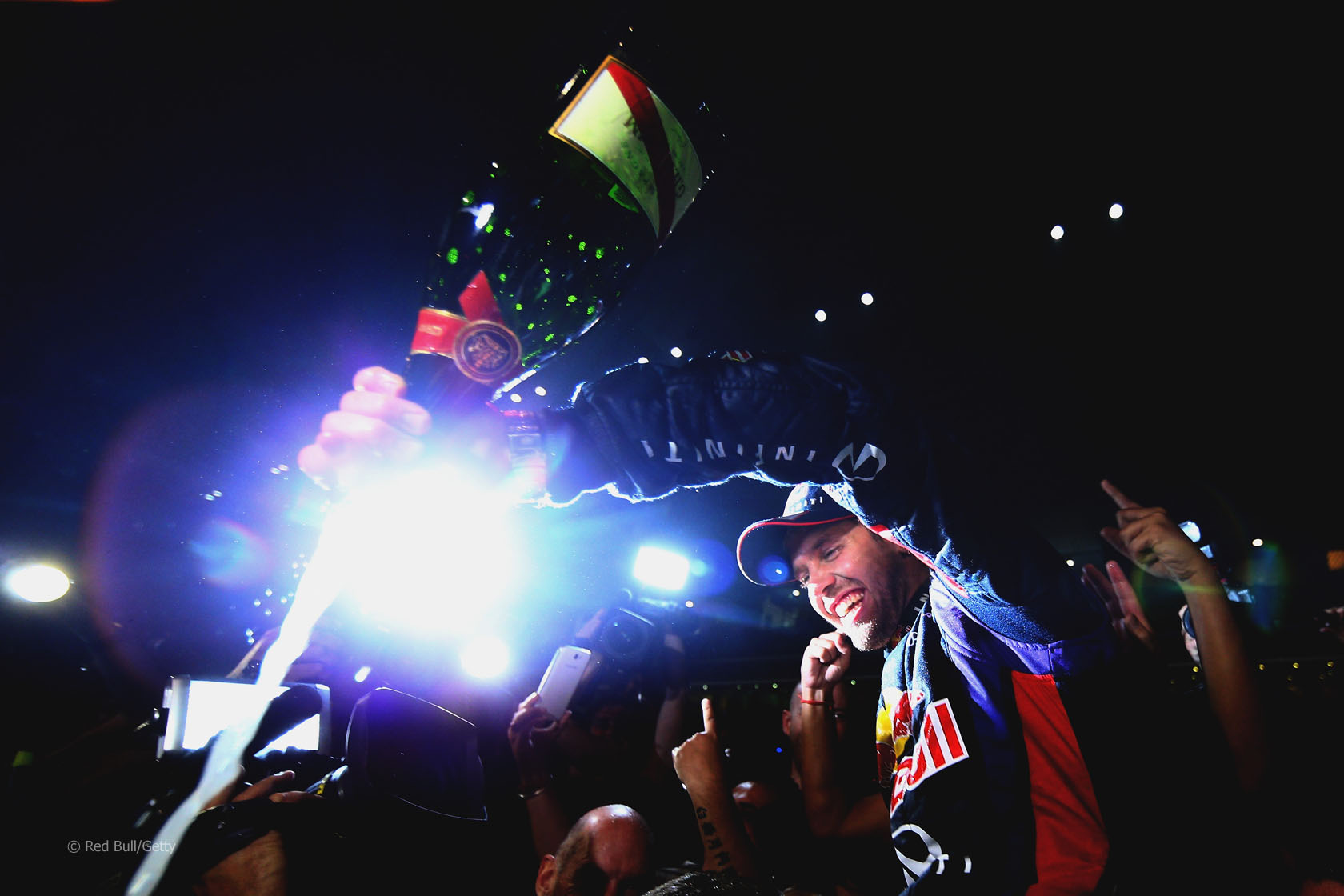 The celebrations began immediately after the chequered flag fell with Vettel performing doughnuts in front of the crowd on the start/finish straight as he also marked his third consecutive Indian Grand Prix victory.