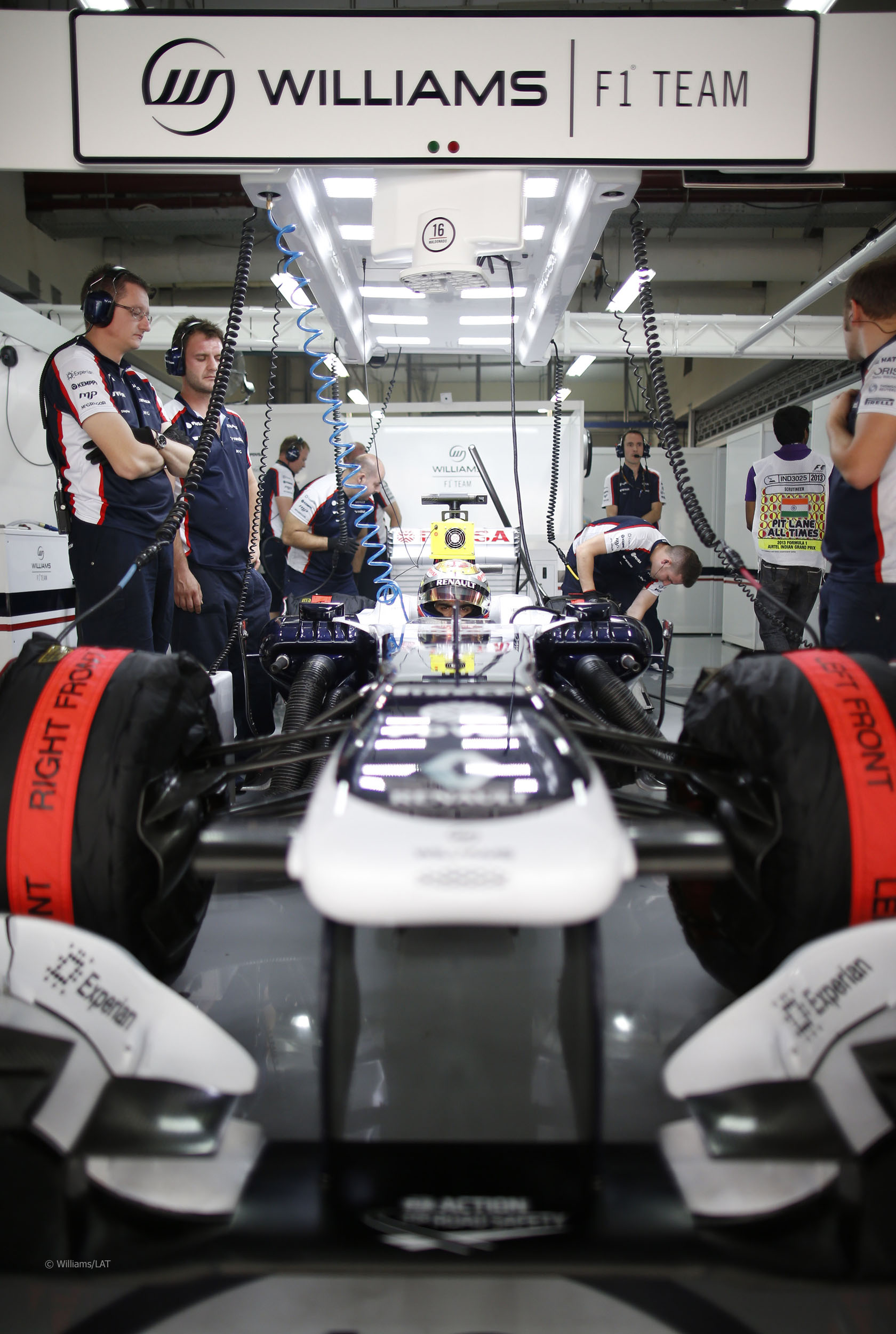 Williams have been fined for the second race weekend in a row after a wheel nut came off one of their cars during practice on Friday.

As in Japan the fault happened on Pastor Maldonado’s car. Although the wheel nut came off the car Maldonado was able to bring it to a stop with all four wheels still attached.

Following the failure in Japan Williams assured the FIA changes would be made to guard against a repeat of what the governing body called a “serious safety issue”. The team altered the ‘plungers’ on its wheel retention devices and revised its pit stop procedure to prevent the problem happening again.

FIA technical delegate Jo Bauer examined the changes and said at the time “in my opinion the action taken by the team should avoid a similar incident happening”.

The stewards ruled that the failure in India occurred when the wheel nut was cross-threaded during a pit stop, which meant the wheel retaining plunger did not engage and the car was “released in an unsafe condition” from the pit box.

“The stewards noted that in this case the wheel had been retained on the car (unlike the similar incident in Suzuka two weeks ago) and that the cross threading of the wheel fastener contributed to the fastener coming off the car,” they noted.

“Whilst the stewards accept that improvements to the wheel retaining system had been implemented the team need to ensure that both the wheel and its fastener are fully retained on the car.

“The stewards decide that a fine of €60,000 is the most appropriate penalty in this case taking into account this was the second offence, but on this occasion the wheel was retained.”