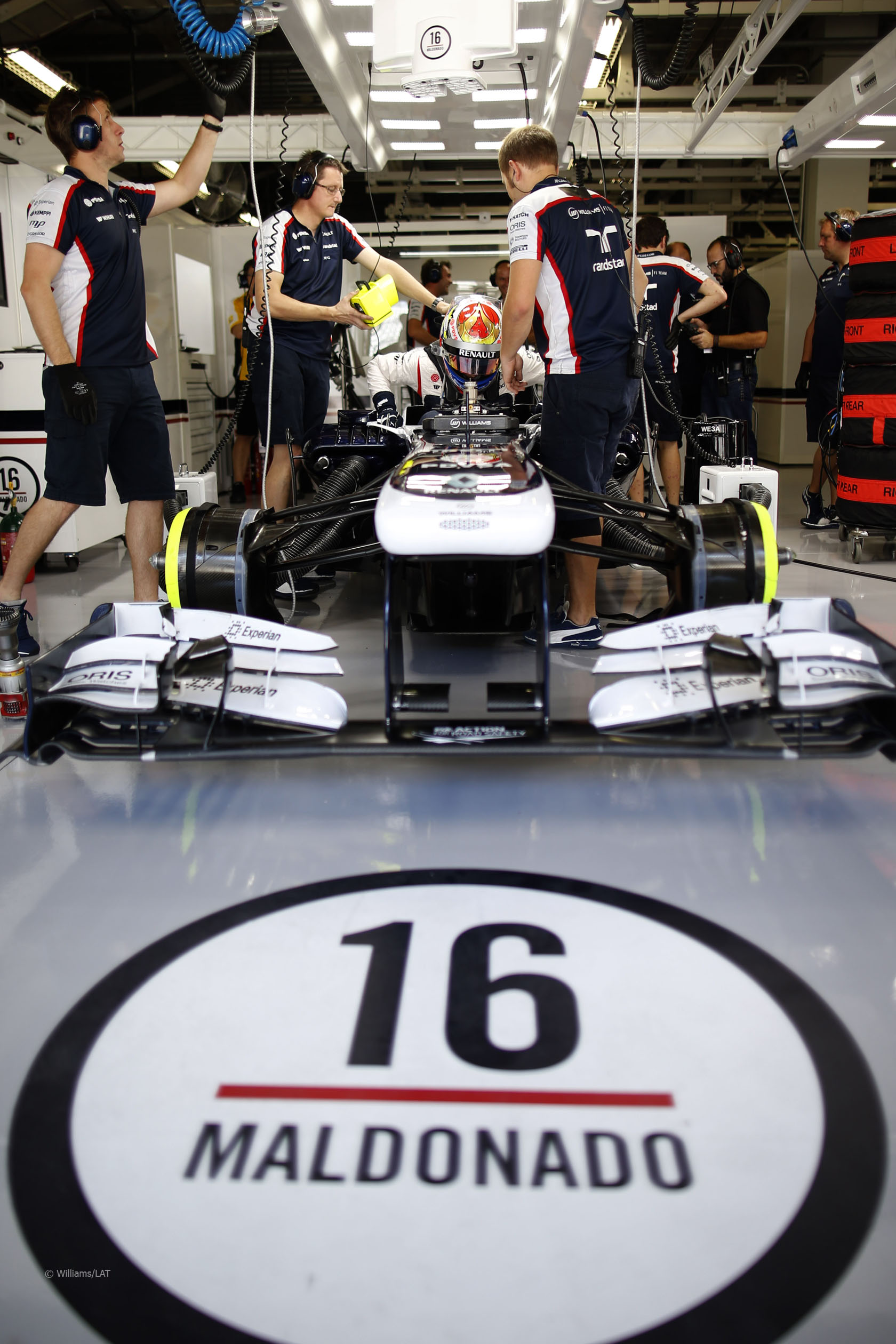 Williams have been fined ?óÔÇÜ?Ľ60,000 (?é?ú50,801) for releasing Pastor Maldonado’s car from the pits in an unsafe fashion during the first practice session.

Maldonado’s left-rear wheel worked loose as he approached Spoon Curve and detached from the car as he spun off. It was collected by two marshals.

The stewards claimed Williams had allowed a “serious safety issue” to arise.

“Examination of the parts concerned revealed that the wheel fastener had not been completely fastened, thus not engaging the first retaining plunger,” the stewards ruled. “This is a breach of Article 23.12 of the FIA Formula One Sporting Regulations.”

“The secondary retaining plunger failed to keep the wheel in place. This is a breach of Article 14.7 of the FIA Formula One Technical Regulations.”

Williams assured the stewards that “appropriate measures will be immediately implemented to ensure compliance”.