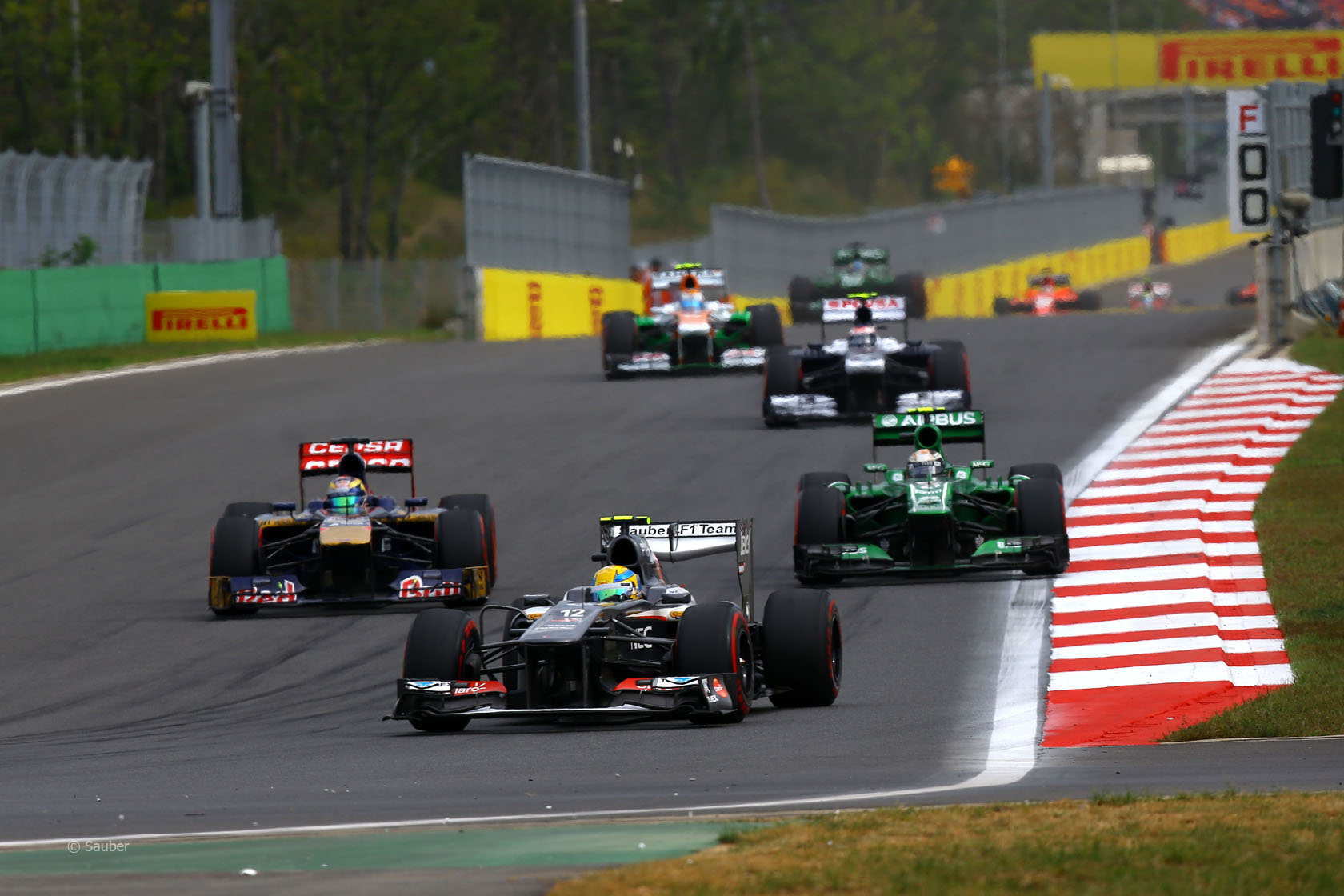 Sauber and Toro Rosso see themselves in a “five-race championship” after tying on points at the Korean Grand Prix.

The two teams are tied for seventh place in the constructors’ championship on 31 points. Both teams have little development work left to do with their current cars.

Sauber’s head of track engineering Tom McCullough said: “We brought forward our final update package from India to the previous race in Korea so there’s no more new parts on our car between now and the end of the year.”

“We’ve had to push the development of this year’s car a little bit more than we wanted to just because we were on the back foot a bit at the start of the year. We had a few problems to address so we’ve been developing both car’s in parallel, next year’s and this year’s cars.”

“Mechanically there’s a sort of ongoing development process a little bit with trying to adapt to the tyre change still because that had a negative effect on us, we think. And we kind of know why but there’s a few things we still need to do.”

For Sauber the change in tyre construction is partly what turned their season around, explains McCullough: “The change in tyres happened around the same time too so lowering the front ride height on a Formula One car tends to help you as well.”

“But fundamentally for us the biggest different really started in Budapest. We didn’t score points but we saw how the car was working aerodynamically and we’ve just built on that from there, really.”

“At the moment [we’re] obviously level on points,” he continued, “we were a little bit lucky with some circumstances last weekend.”

“But I think as Jean-Eric [Vergne] said yesterday it’s game on from here really. We’re starting from the same points, pretty similar car performance from track to track, there’s not a lot in it, so it’s going to be a good little fight between now and the end of the year.”

Key agreed: “It’s going to be tight, it’s exciting to be in a battle like that but not where you want to be with five races to go when you’ve got a massive regulations change next year.”

29 comments on “Sauber and Toro Rosso in “five-race championship””