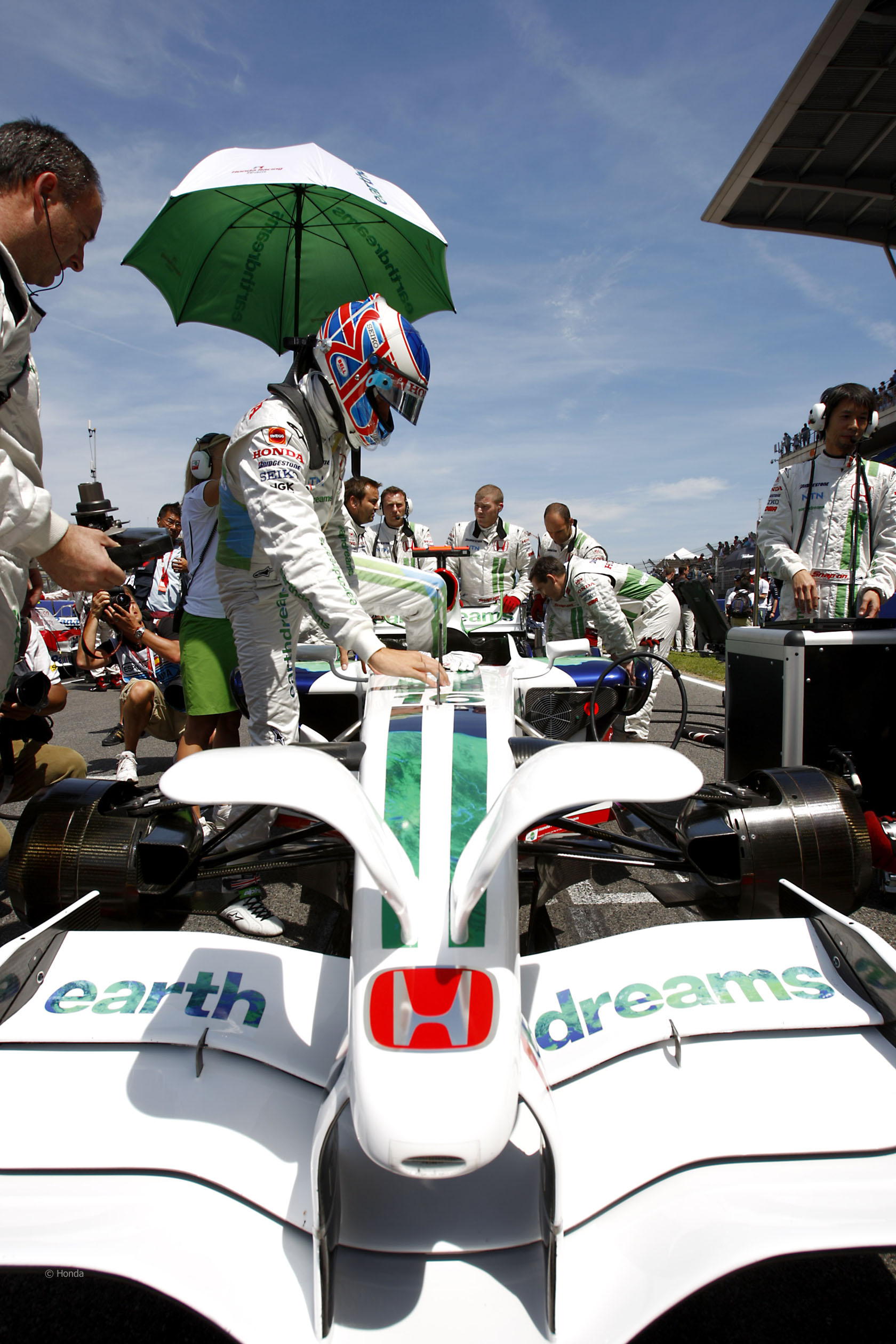 Jenson Button says Honda’s impending return to F1 as an engine supplier to McLaren is good for the sport in Japan.

“I think first of all it’s great that Formula One has another manufacturer that’s interested in coming back in” said Button during the Japanese Grand Prix press conference.

“An engine manufacturer, that’s very, very good for the sport and hopefully it’ll bring others back into the sport.”

“It feels that Japan needs either a driver or a manufacturer in the sport. Obviously it’s been a little while since they’ve had a manufacturer and there’s no Japanese drivers on the grid now.”

Button said Japan is “a country that really does love its motorsport” and has “true racing fans”.

“The guys said that there were hundreds of people out on Wednesday, on set-up day, yesterday, when it was chucking down with rain and they were watching them set up. And that’s a true racing fan. None of this Monaco stuff!

“It shows it’s in their culture and it’s in their blood. So I think it’s very special to Japan to have a manufacturer back in the sport. But obviously that’s not for another year and a half. We’ve got a long time before that and hopefully a very good year next year with Mercedes-Benz.”

As to whether Button will still be with McLaren for their reunion with Honda in 2015, he said: “There’s a chance. There’s definitely a chance.”