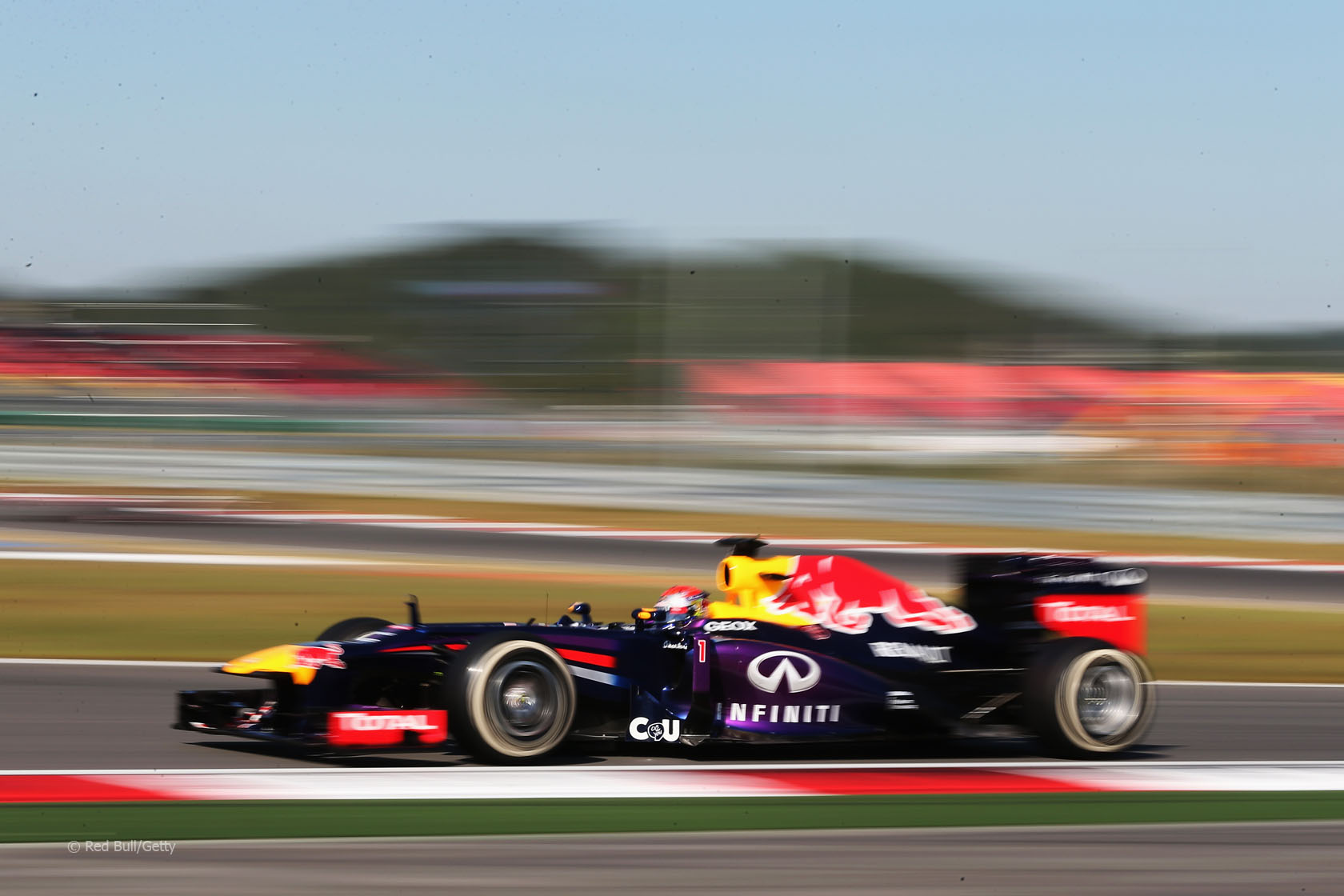 Sebastian Vettel won the Korean Grand Prix for the third year in a row after a controlled drive from pole position.

The first was triggered when Sergio Perez’s front-right tyre exploded at the exit of turn two after the McLaren driver had locked the wheel heading into turn one.

The restart didn’t last very long as Adrian Sutil lost control of his car and crashed into Mark Webber. That eliminated the Red Bull on the spot and for the second race running Webber found himself climbing out of a burning Red Bull.

Before the Safety Car was summoned a fire truck inexplicably appeared on the track which Vettel caught sight of as he rounded the first corner. The race was swiftly neutralised once more.

While Vettel scampered off to win, and an unhappy Grosjean repeatedly urged his team to let him past Raikkonen, an intense battle for fourth place developed. Nico Hulkenberg successfully repelled Lewis Hamilton, who in turn had Fernando Alonso breathing down his neck.

Nico Rosberg took seventh from Jenson Button, who was on the back foot after making an early pit stop for a new front wing.