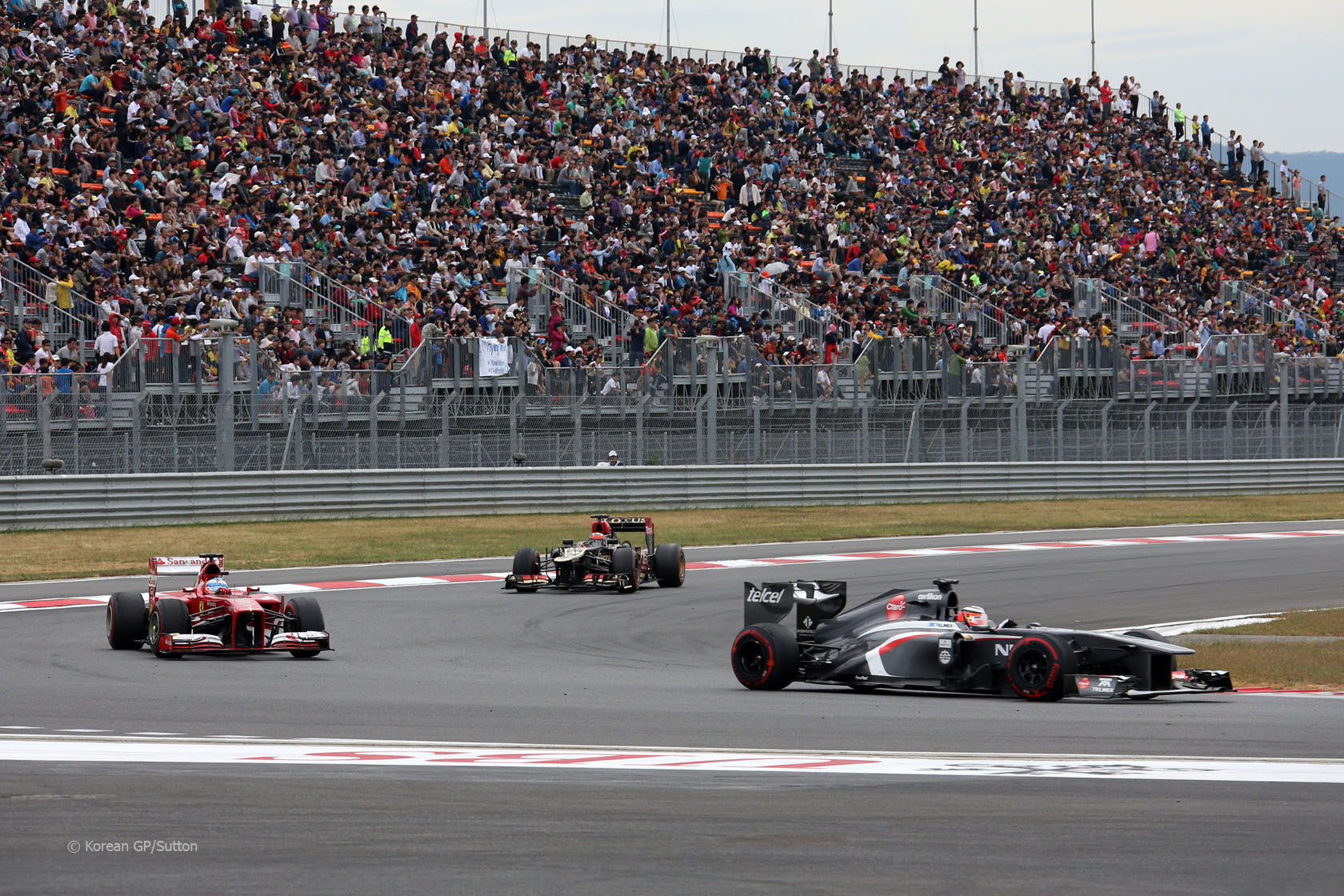 Nico Hulkenberg said his drive to fourth place in the Korean Grand Prix was one of his best yet but doubts it will help him secure a place on the grid next year.

Hulkenberg withstood pressure from Fernando Alonso early in the race and Lewis Hamilton in the closing stages of the race to claim his highest finish of 2013 so far.

“Today I drove one of the best races in my career so far,” he said after the race.

“I have had cars in the mirrors before, but today there were a lot and it was a bit annoying. Lewis really put the pressure on at the end, especially in the last sector.

“I knew I needed to get out of turn one well. The car?óÔéĽÔäós traction was very good today, so that kept me alive against Fernando and then Lewis later on.”

However he doubts it will improve his chances of securing a competitive drive in 2014.

“I don’t think that this result only will change my future day and night. People have looked at me I think, if they are interested, for more time. Obviously today is good, no question, no argument, but they don’t just look at one race, do they? I don’t hope so, at least.”

Hulkenberg is one of the tallest drivers in Formula One and as next year’s cars will be very close to the minimum weight limit the extra weight he brings makes him a less attractive choice as a driver.

“I’m tall, we have a few other drivers which are tall, this subject will come up more and more, for teams and for drivers,” he said. “We might have to look at maybe doing something there, I’m not sure.”

“It’s not even worth for me to discuss it because I am what I am. I cannot change myself, I cannot chop the legs. I’d like to be ten centimetres smaller but it’s just not in it!”

60 comments on “Hulkenberg hails “one of my best races””