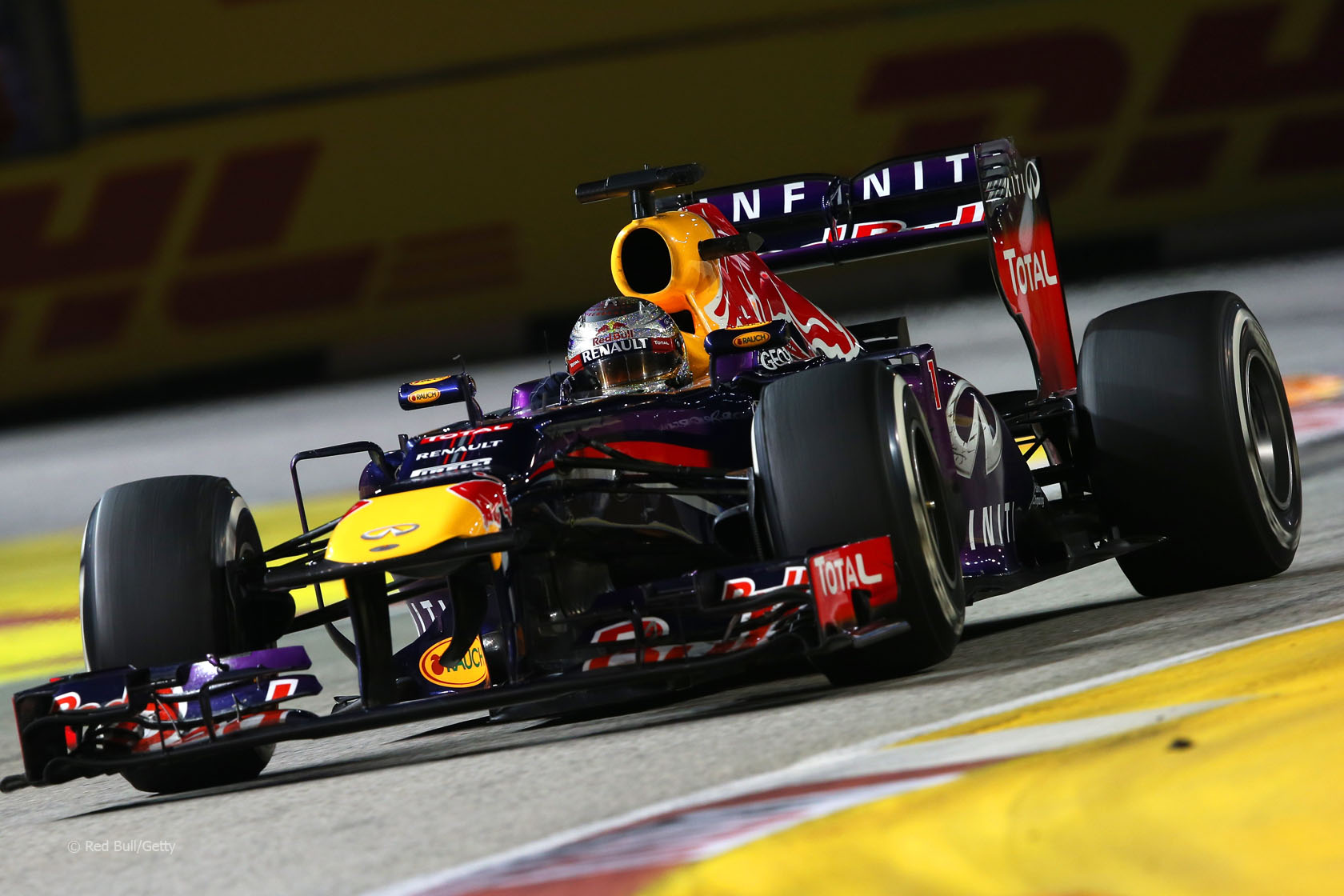 With the 33rd victory of his Formula One career, Sebastian Vettel has now surpassed Fernando Alonso as the driver currently competing in the sport who has the most wins.

Vettel’s Singapore Grand Prix win was the third ‘grand slam’ of his career, which included pole position, fastest lap and leading every lap. Alonso is the only other driver on the grid to have achieved this and he also did so at Singapore, in 2010.

Vettel also drew level with Alonso in terms of fastest laps – both have 20 – and the pair finish one-two for the third race in a row.

The Red Bull driver passed Nigel Mansell in terms of laps led – he’s now led more racing laps than anyone bar Michael Schumacher, Ayrton Senna and Alain Prost. However despite having spent 2,147 laps in the lead that is still less than half Schumacher’s total of 5,111.

Vettel has now led 394 laps this season – more than half of all the racing laps so far.

Red Bull achieved their 51st pole position giving them as many as Renault. Ferrari, McLaren, Williams and Lotus are the only teams ahead of them on the all-time list.

It was also the 207th pole position for a Renault engine. One more will see them tie Ferrari’s record for the most pole positions of all time.

Vettel’s third win in a row continues to squeeze the life out of the drivers’ championship. Only the top six drivers are mathematically still in the running: the Red Bull and Mercedes drivers, plus Alonso and Kimi Raikkonen.

This was also Vettel’s third consecutive win in Singapore. He is the first driver to score three consecutive victories at the same track since Felipe Massa in 2008:

The changes to turn ten and resurfacing work on the Singapore track meant lap times fell by three and a half seconds this year. This was the second major change made to the circuit, the last being in 2009, when the first corner plus turns 13 and 14 were altered.

Mark Webber became the second driver in F1 history to receive a ten-place grid penalty due to collecting three reprimands during the season. Pastor Maldonado also did so last year. Here’s how many reprimands each of the drivers have collected so far this year:

Esteban Gutierrez made his first appearance in Q3 and had his best starting position with tenth, but like every other rookie in the field this year he is yet to score a point.

Spotted any other interesting stats and facts from the Singapore Grand Prix? Share them in the comments.