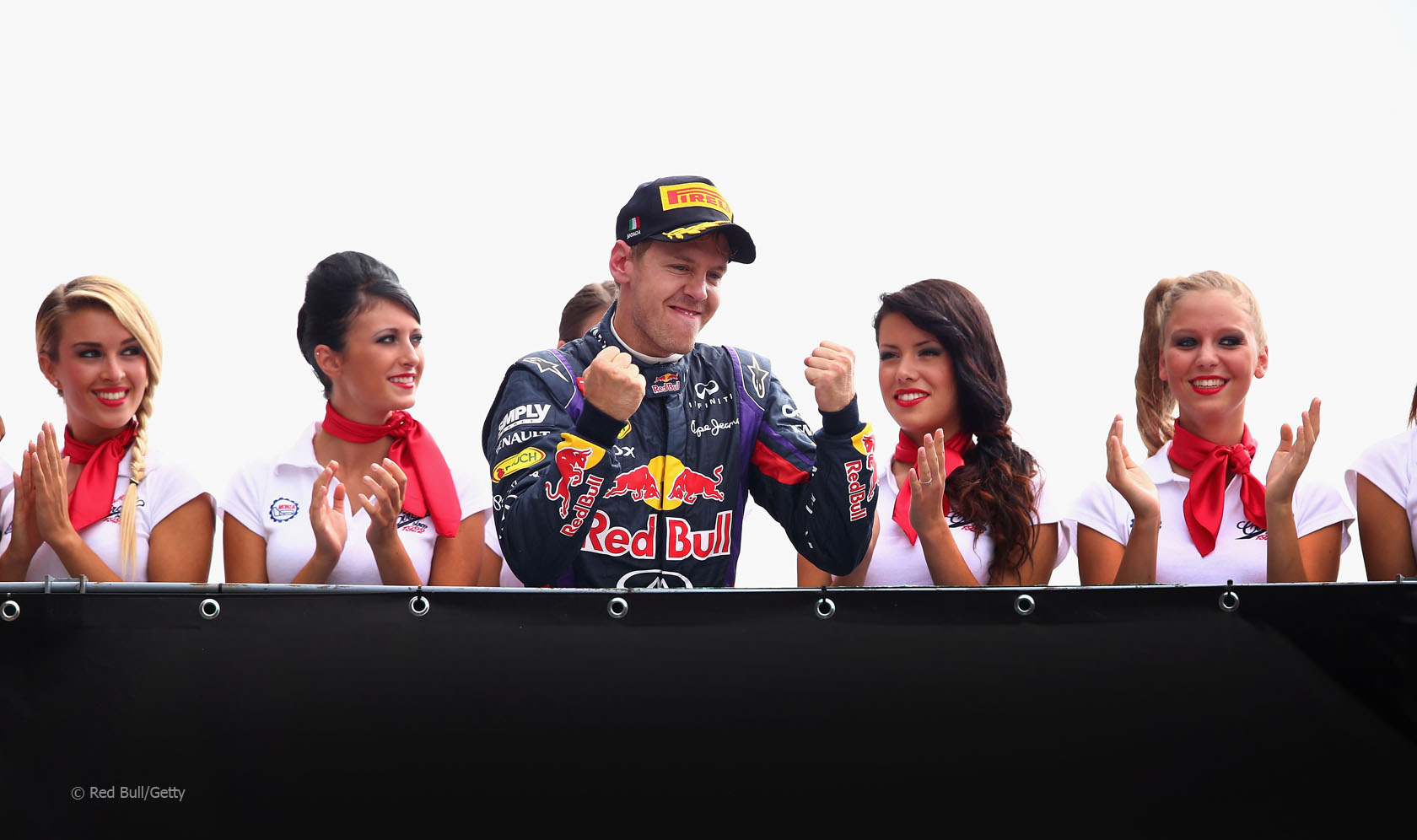 Vettel notched up his 40th pole position and Red Bull’s 50th putting them one short of Renault’s total. On race day Vettel gave the team their 40th F1 victory, all of which have been scored in the 85 races since the 2009 Chinese Grand Prix.

For Vettel the win puts him level with Fernando Alonso as the most successful driver in the field in terms of race wins. Here’s how the rest of their careers statistics stack up:

Vettel’s win also marked the 300th podium finish by a German driver. Only Britain has had more. Michael Schumacher accounts for more than half of Germany’s:

Ferrari may not have claimed victory in their home event but they did score points for the 60th consecutive race. That leaves them four races short of the record set by McLaren earlier this year.

Alonso was in the points for the tenth race in a row, although he’s bettered that on four previous occasions with a personal best of 23 consecutive points finishes. Speaking of streaks, Lewis Hamilton’s record run of Q3 appearances finally came to an end. The last time he failed to reach the top ten shoot-out was at the 2010 Malaysian Grand Prix, 67 races ago. No one has managed a longer streak since the three-part qualifying format was introduced in 2006.

Arriving at Monza the drivers’ championship was mathematically still within reach of all the drivers. Now there are only nine drivers who can still win it, the last of which is Jenson Button. However he would need to win all the remaining races with Vettel not scoring (and several other drivers scoring much more poorly than they have hitherto) to claim the title by a point.

In the constructors’ championship, only the top six teams are mathematically still in contention.

It’s been a luckless year for Jean-Eric Vergne who posted his fifth retirement due to a technical problem, three more than any other driver. Nico Rosberg been stopped three times by car failures, though in in Hungary he was still classified as he had completed more than 90% of the race distance.

Yesterday’s race ran flat-out from start to finish on a dry track yet was only the eighth-quickest race on the current configuration of Monza, which has held 14 Italian Grands Prix since 2000. Vettel averaged 234.268kph (145.57mph) on his way to victory. However it was faster than the previous two races at the track.

Spotted any other interesting stats and facts from the Italian Grand Prix? Share them in the comments.