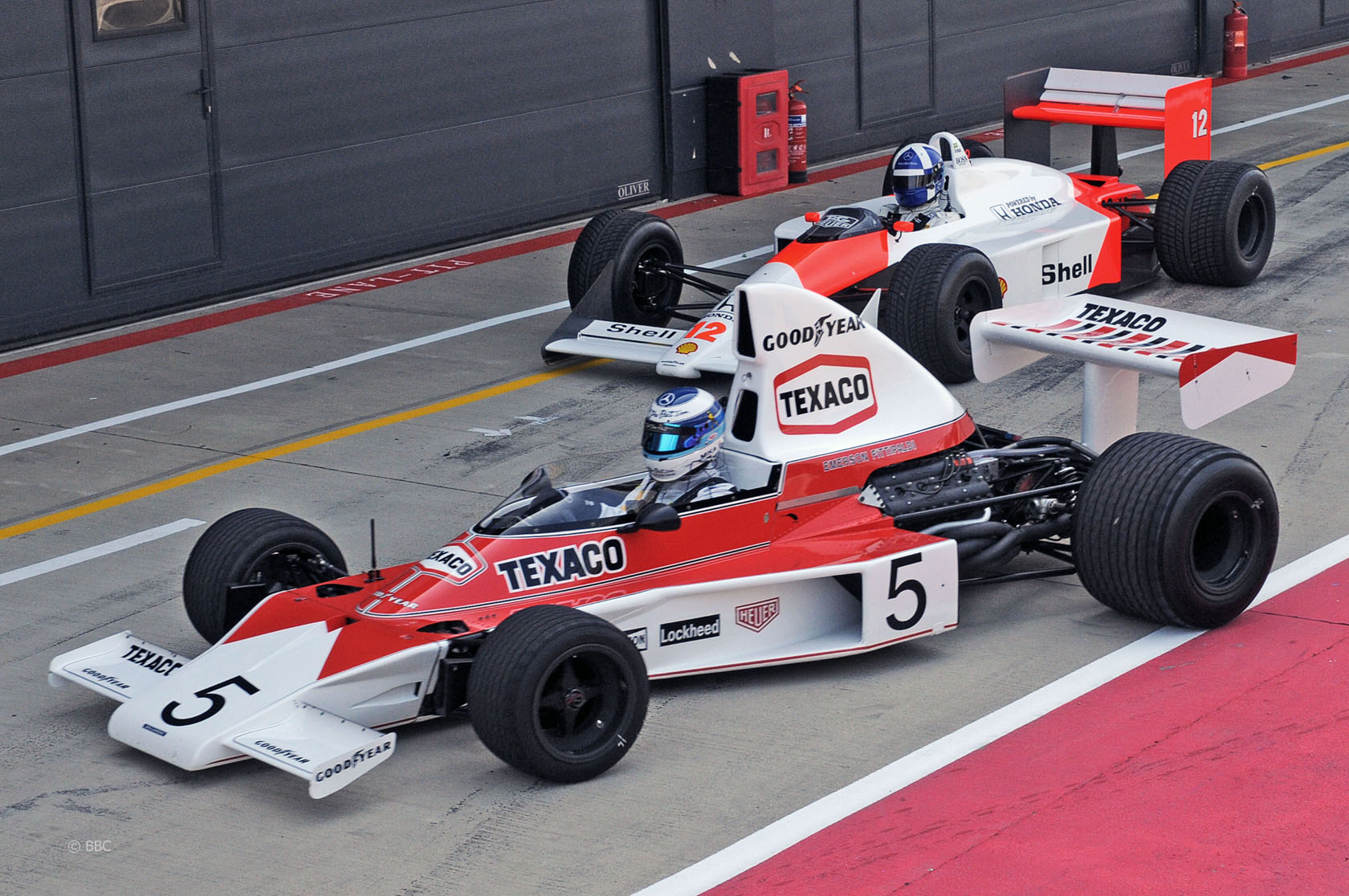 Hakkinen was reunited with the MP4-13 he won the 1998 world championship with. Meanwhile Coulthard got to drive the car which Lewis Hamilton took to the drivers’ championship ten year’s later, during Coulthard’s final season.

Coulthard also drove an MP4-4, the team’s most successful car, which won 15 out of 16 races in 1988. And Hakkinen sampled an M23 similar to that used by Emerson Fittipaldi and James Hunt to win world championships in 1974 an 1976.

The day was filmed by BBC for a special feature on McLaren’s 50th anniversary.