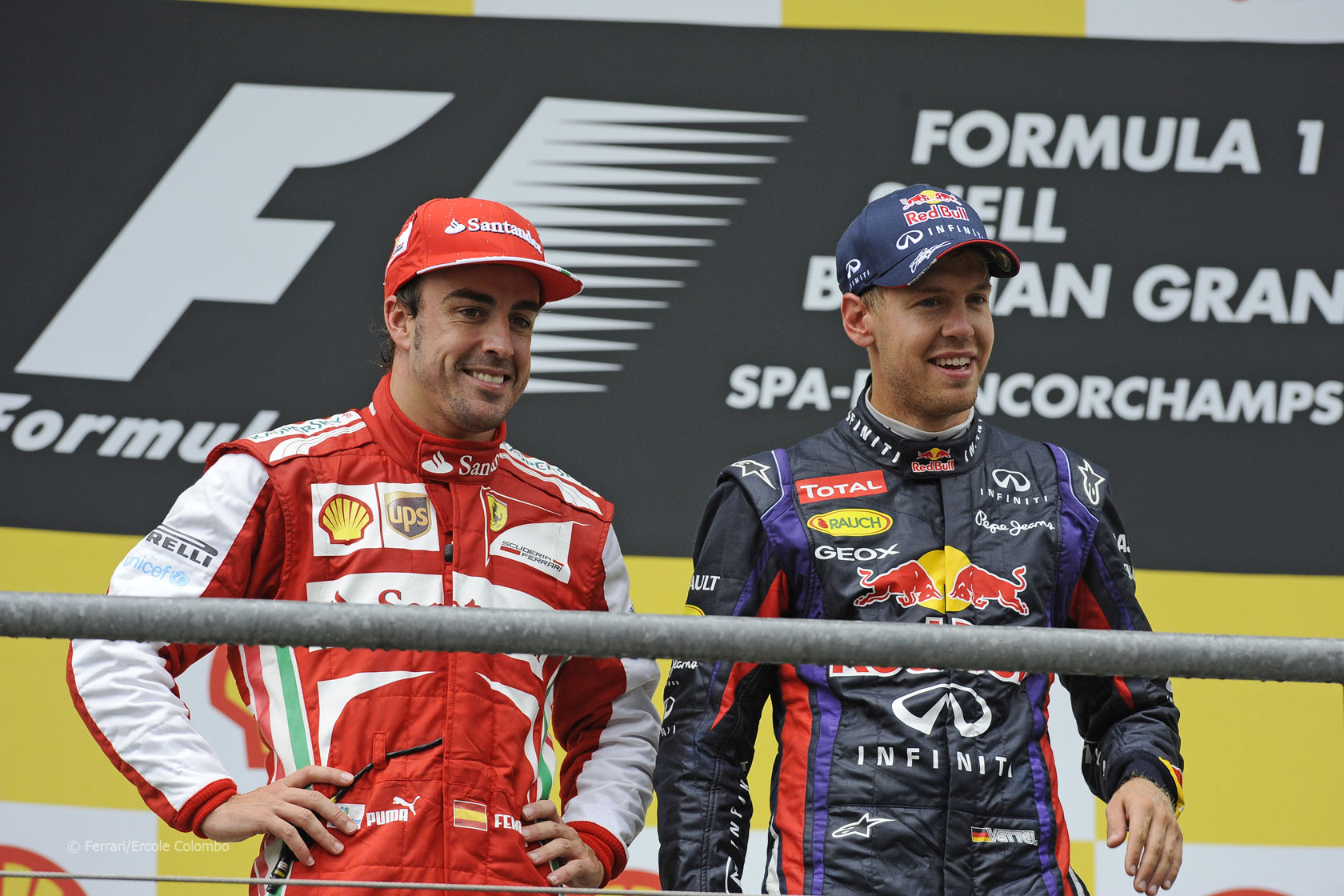 With his latest victory in the Belgian Grand Prix Sebastian Vettel is poised to become the most successful driver on the grid in terms of race wins.

Vettel’s fifth win of the season has moved him within one victory of Fernando Alonso’s tally of 32 wins. The Ferrari driver has won twice so far this year.

Here’s how many races the five most successful drivers in F1 today have won so far:

This was Vettel’s first lights-to-flag victory of the season, and the eighth of his career. He also became the fifth driver in F1 history to spend more than 2,000 laps in the lead, joining Michael Schumacher (who heads the chart with a massive 5,111), Ayrton Senna, Alain Prost and Mansell.

Vettel also took the fastest lap, the 19th of his career, putting him level with Senna, Stirling Moss and Damon Hill.

The only thing standing between Vettel and a perfect result was Lewis Hamilton’s pole position lap. This was Hamilton’s fourth in a row and seventh consecutive front row start – both personal bests. After a record 27 consecutive races in the points you wouldn’t have bet against Kimi Raikkonen adding to it on a track where he’s won four times in the past.

But his streak was ended by something as humble as a visor tear-off, which was ingested by one of his brake ducts, causing overheating and retirement.

Raikkonen had finished his previous 38 starts (including eight with Ferrari at the end of 2009) which is also a record. He was three short of Nick Heidfeld’s record for consecutive race classifications.

Paul di Resta equalled his best ever starting position with fifth, which he also achieved in Bahrain. Di Resta qualified fourth in Italy last year but had a five-place grid penalty.

Pastor Maldonado, Max Chilton and Esteban Gutierrez collected their third penalties of the year while Sergio Perez took his first. There are eight drivers left on the grid who haven’t had a penalty this year.

For the first time this year Lotus set the fastest lap of the weekend – Raikkonen’s 1’48.296 in Q2. However qualifying was disrupted by wet weather and it’s likely Mercedes or Red Bull would have lapped quicker in dry conditions than the times seen last year, even with the greater restrictions on DRS use this season.

Spotted any other interesting stats and facts from the Belgian Grand Prix? Share them in the comments.