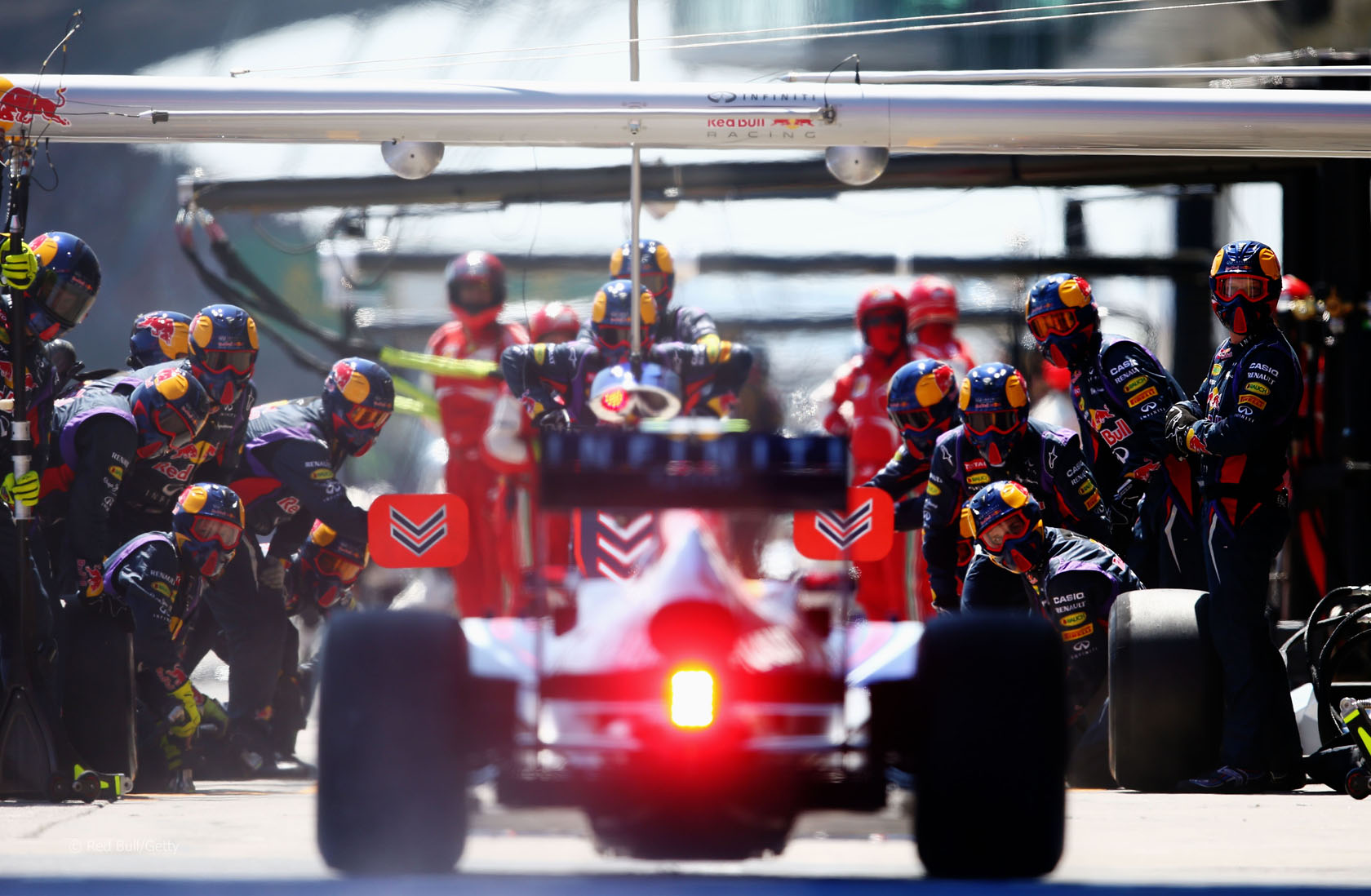 The FIA plans to bring forward the implementation of new rules designed to improve safety in the pit lane following the incident in the German Grand Prix.

The rules, which were scheduled to be introduced in 2014, will come into force in time for the next race once approval has been gained from the World Motor Sport Council.

The changes will require all team personnel to wear head protection and reduce the maximum speed limit in the pits to 80kph (49.7mph) except at Melbourne, Monaco and Singapore where a lower limit is already enforced.

The FIA will also only allow approved media to work on the pit wall.

The sport’s governing body added it is “expecting a written report from Red Bull Racing tomorrow”. The team have already been fined ?óÔÇÜ?Ľ30,000 (?é?ú25,830) for Sunday’s incident which saw Mark Webber’s right-rear wheel detach following his pit stop and strike a cameraman, who was hospitalised.

Red Bull were previously fined ?óÔÇÜ?Ľ5,000 after a wheel came off Webber’s car during a pit stop at the Chinese Grand Prix.