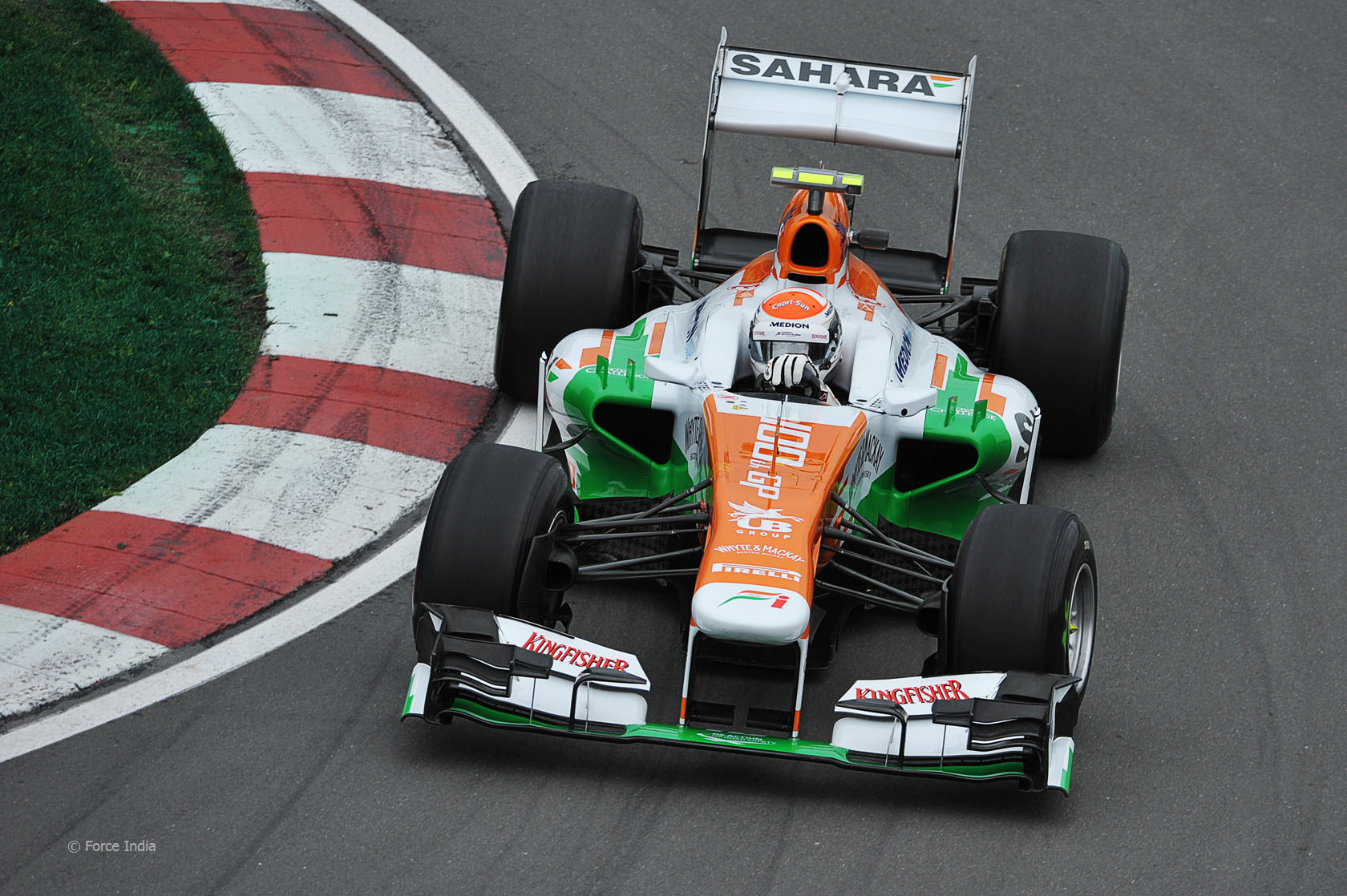 Adrian Sutil criticised the decision of the FIA stewards to hand him a drive-through penalty during the Canadian Grand Prix.

Sutil was penalised for failing to respond to blue flags when he was being lapped by Lewis Hamilton and Fernando Alonso in the latter stages of the race.

“Quite disappointing with the drive-though,” Sutil said afterwards. “I was just racing Raikkonen, I was trying to push on. I gave them the straight to pass me, that’s where Hamilton overtook me then with the DRS as well.”

“So I thought, ‘OK’, they were one lap behind me but that’s usual in this kind of circuit. I spent many laps behind lapped cars until I got past.

“It’s just so inconsistent decision all the time by the FIA. it’s something I don’t understand.”

His team agreed with his view of the penalty, telling him on the radio after the race it was “harsh”. The stewards ruled Sutil had ignored blue flags from turn three to turn thirteen.

Sutil’s problems began when he tangled with Valtteri Bottas early in the race and spun. “That created all the problems,” he said.

“I saw a chance there to pass Bottas. He had a bad exit out of turn two and we were side-by-side into this first chicane and I was really inside on the kerb and it just spun me around so it was a racing incident.”

“Unlucky, but I was in that way still lucky to turn around the car and go on.”