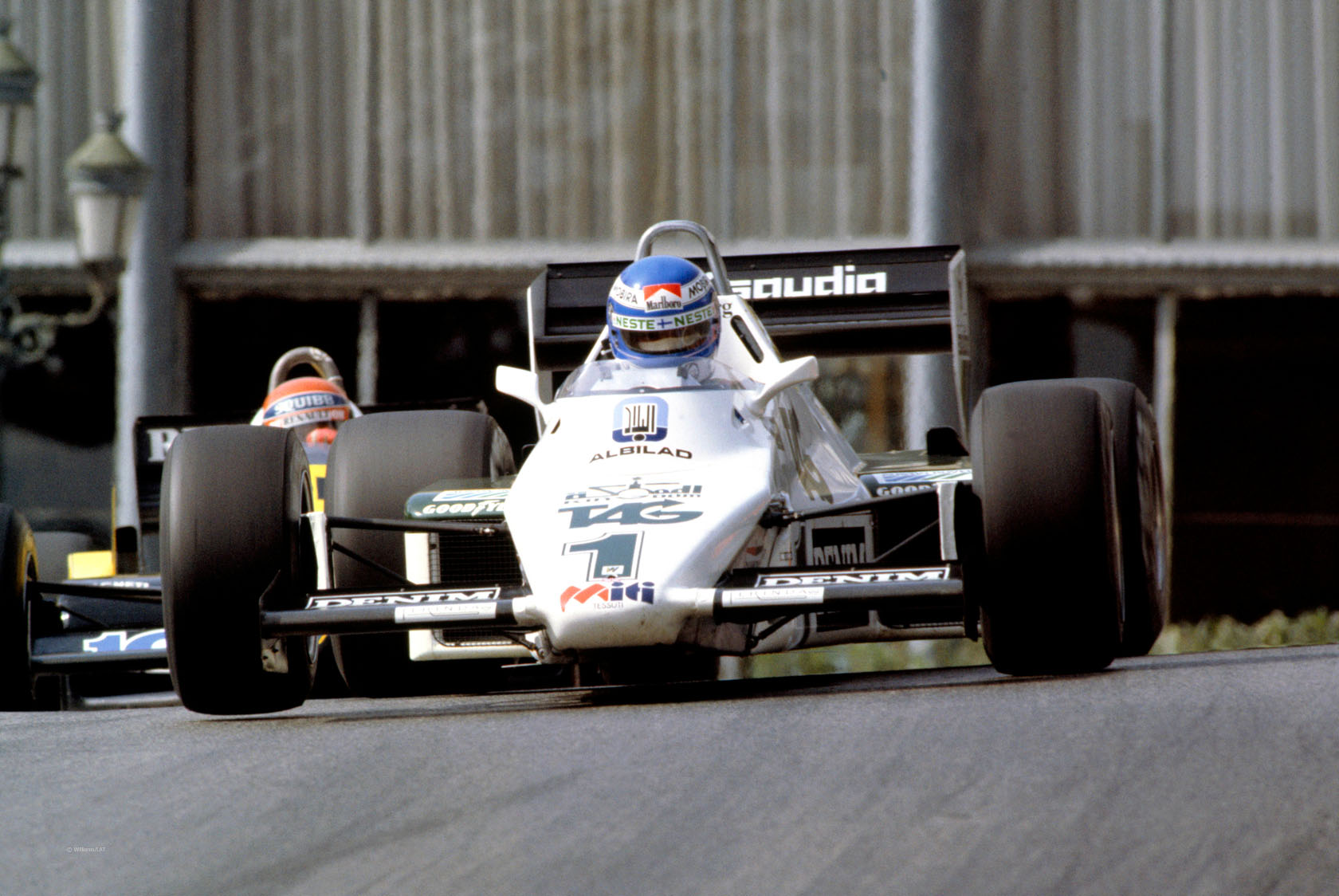 Nico Rosberg’s victory in the Monaco Grand Prix came 30 years after his father won the same race. This makes them the first father and son pair to win in Monaco.

Two drivers before him have failed to follow in the winning footsteps of their fathers. Graham Hill won the race five times but son Damon never did, despite coming close in 1996. And his team mate that year, Jacques Villeneuve, also never managed to emulate his father’s Monaco Grand Prix victory.

However the younger Rosberg didn’t seem particularly interested in or even aware of the milestone. Reminded of it after the race he said: “It is special to hear that, yes but honestly that?óÔé¼Ôäós not what I was thinking about when I was crossing the finishing line, definitely not.”

He also set pole position for the fourth time, putting him level with Mike Hawthorn, Didier Pironi, Jarno Trulli and Giancarlo Fisichella. It was his third pole position in a row, something his team mate Lewis Hamilton has surprisingly never achieved. Rosberg’s domination of the weekend also extended to heading every practice session. However he was not quickest in Q1 or Q2 and he did not set the fastest lap.

It was Vettel who claimed the fastest lap – his 18th, giving him the same number as David Coulthard. He also achieved his 50th podium finish in his 107th race start.

Vettel, Raikkonen and Nico Hulkenberg have out-qualified their team mates in all six races so far this year. Jules Bianchi has also out-qualified Max Chilton every time he’s set a lap in qualifying, though he didn’t get to in Monaco because of an airbox fire.

Jean-Eric Vergne reached Q3 for the first time in his F1 career. In the race he equalled his highest finish with eighth – the fifth time he has finished there.

Caterham had their best result in qualifying thanks to Giedo van der Garde, who lined up 15th. Their previous best was 16th for Heikki Kovalainen in Bahrain, Valencia and Hockenheim last year.

It was not a successful qualifying session for Ferrari. Felipe Massa’s crashed meant a Ferrari qualified on the back row for the third time in eight years at Monaco.

Ferrari have surprisingly poor form at the track where they made their F1 debut in 1950. Despite appearing at every Monaco Grand Prix since then (apart from in 1968) they have only won the race eight times, the last being in 2001.

The Monaco Grand Prix was won by the pole sitter for the fifth year in a row and the ninth time in the last ten years. Massa was the last driver to fail to convert pole position into victory in 2008.

Finally, Raikkonen’s last-lap pass on Hulkenberg meant he scored a point for the 23rd race in a row. He needs one more to equal Michael Schumacher’s all-time record, though regular readers will be well aware that was set before points were awarded to tenth place.

Spotted any other interesting stats and facts from the Monaco Grand Prix? Share them in the comments.