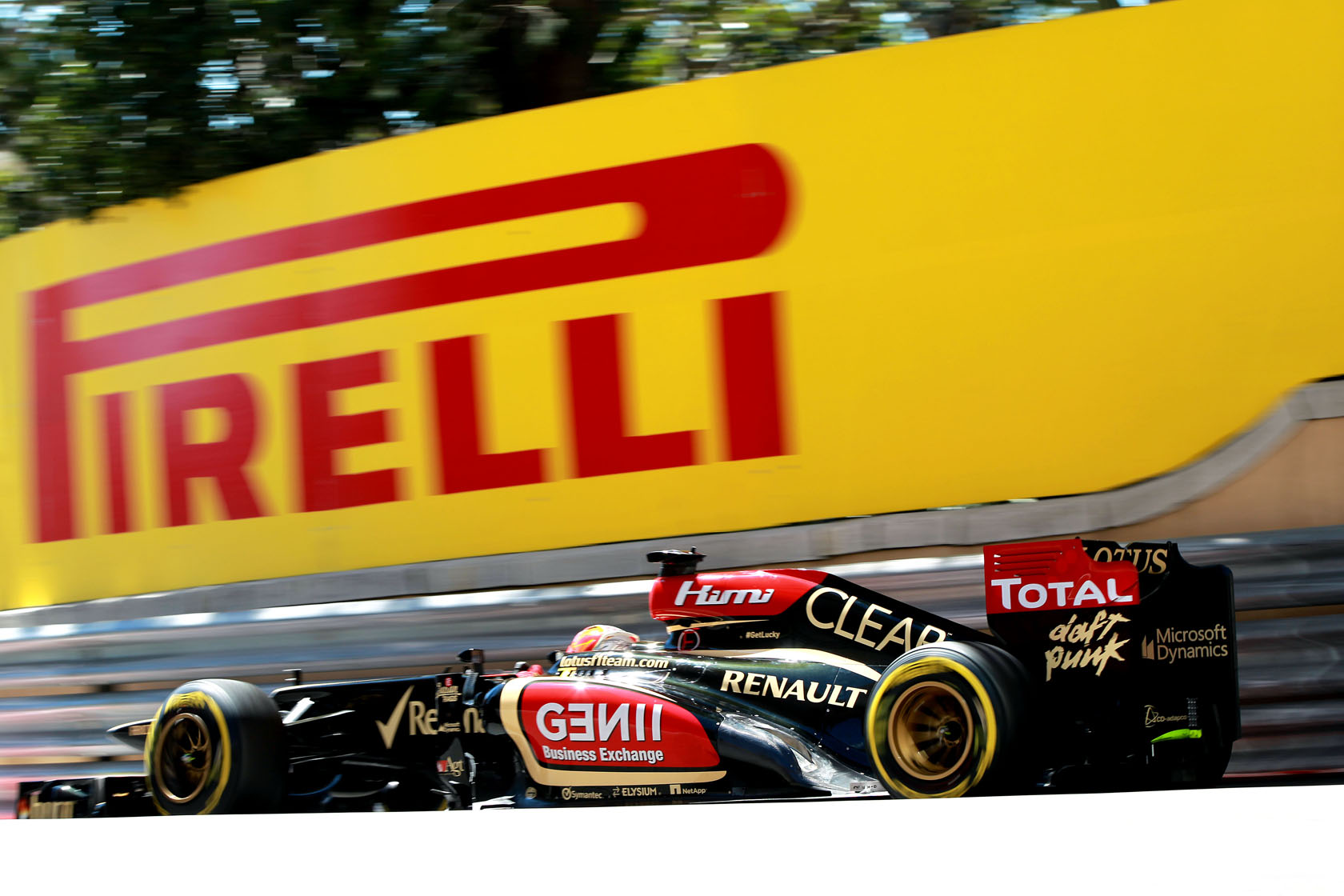 In the round-up: Pirelli motorrsport director Paul Hembery says Formula One is leaving it too late to decide on a tyre supplier for 2014.

“Apparently on the first of September we?óÔéĽÔäóre supposed to tell them everything that they need to know for the tyres for next season. We?óÔéĽÔäóre now mid-May, so you can imagine how ludicrous that is when we haven?óÔéĽÔäót even got contracts in place. Maybe we won?óÔéĽÔäót be here, anyway.”

“We have to see how it is in the morning. If it’s like this morning then it’s going to be a disaster. But we improved a lot and it’s getting better and better all the time.”

“Ecclestone will meet Renault chief executive Carlos Ghosn at the season’s showcase race this weekend and the cost of the engines is likely to be discussed.”

Hamilton: I have good chance of win (BBC)

“I’m not the quickest; Nico is. But it’s not looking bad at the moment.”

“Yeah, we’ve echoed the safety issues and said that whatever needs to be done on safety grounds is obviously fine with us, we’re not going to go against that. As far as the tyres being marginal goes, we’ve found them to be quite consistent. But then again – different cars, different drivers, different styles… they work for us. So we’re actually quite happy with the way they are.”

F1 stars spin the truth on Monaco (The Telegraph)

“It took bluff Austrian Gerhard Berger, however grudgingly, to acknowledge the truth: ‘Nice boats, nice buildings, lots of friends. And now the honest answer? Tax.’ Yes, if you happen to be an F1 aristocrat with even a fraction of Button?óÔéĽÔäós ?é?ú58 million fortune, Monaco is almost de?óÔéĽÔÇ?rigueur as a nesting site.”

“Ferrari have adopted the pull type system and the failure for Alonso in Bahrain, it appears that the mechanical ?óÔéĽ?Łstop?óÔéĽÔäó in the system failed, this allowed the wing to go over centre and with the air pressure now underneath the wing prevented the wing flipping shut. This isn?óÔéĽÔäót a fault of the pull system specifically, rather than a mechanical failure of part of the system. In normal use it shouldn?óÔéĽÔäót be possible for the wing to go over-centre, so when it did this for the Ferrari it subsequently over-stressed and broke the actuator mounting, such that DRS could not be used through tout the race.”

My look ahead to the Monaco Grand Prix for Unibet.

Lots of love for Jean-Eric Vergne’s new helmet, which is styled on Francois Cevert’s:

Possibly one of the nicest helmet designs i have seen in the last five to ten years. Great to see the current crop paying tribute to some of the legends of the sport.
Patrick Delee (@Padelee)

Happy 50th birthday to Ivan Capelli. He was the last Italian driver to start a season for Ferrari, in 1992, but he was dropped shortly before the end of a dreadful season for him and the team.

Capelli came to prominence with a series of impressive drives for Leyton House, including this near-win at Paul Ricard in 1990: