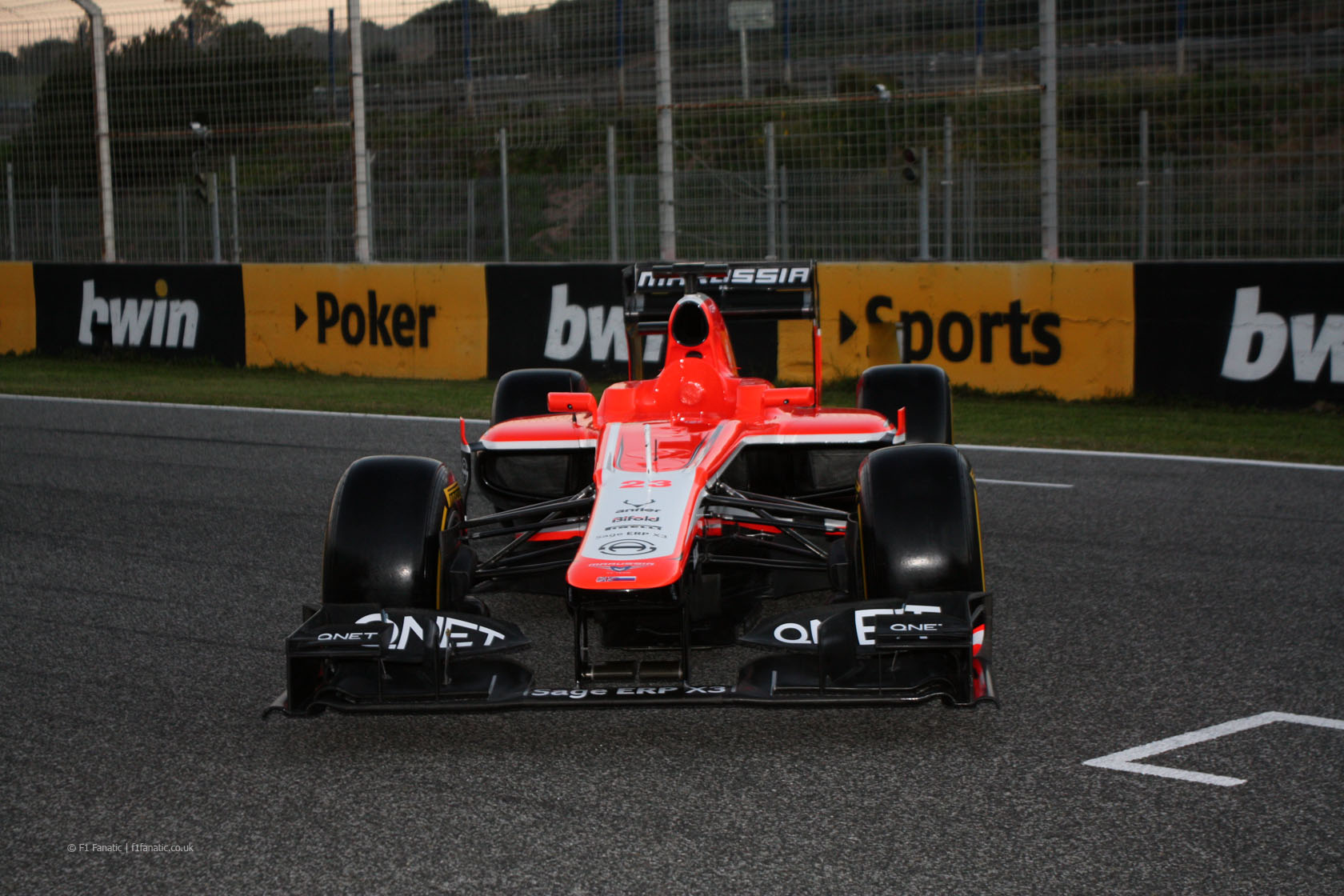 The Marussia MR02 has been revealed by the team at the dawn of the first day of testing for the 2013 season.

It marks a step forward from last year when they failed to complete their car in time for it to run during pre-season testing.

This is the fourth car produced by the team which entered F1 as Virgin in 2010 and are still seeking their first points finish.

Marussia say their new car is the first they have designed using a wind tunnel as well as CFD. It is also their first car to feature a Kinetic Energy Recovery System.

The team have adopted a Coanda exhaust design as favoured by several teams last year.

“Whilst we have experienced some changes over the winter, the one area of stability we have enjoyed is the one that is most important to our progression from here, the design of our 2013 race car, led by our technical tirector Pat Symonds,” said team principal John Booth.

“We are confident that the MR02 is the product of evolving elements of last year?óÔéĽÔäós package whilst integrating the new KERS system.

“It was said many times during 2012 that, notwithstanding the impressive steps we were taking in other areas of our development, KERS – or the lack of it – was the defining factor in determining our position relative to our immediate competitors.

“KERS was however a ?óÔéĽ?Łstrategic omission?óÔéĽÔäó from our package until now; we opted to place the emphasis on aerodynamics, so that when we were in a position to bring the system to the car, we already had the strongest possible basis and its integration would be relatively straightforward.

“Thus far, this has certainly been the case, as our trackside engineering team have spent the winter refining their tools and preparing for the addition of KERS to ensure we can hit the ground running with effect from this week and use the short period of testing we have to get the car optimised for Melbourne.”