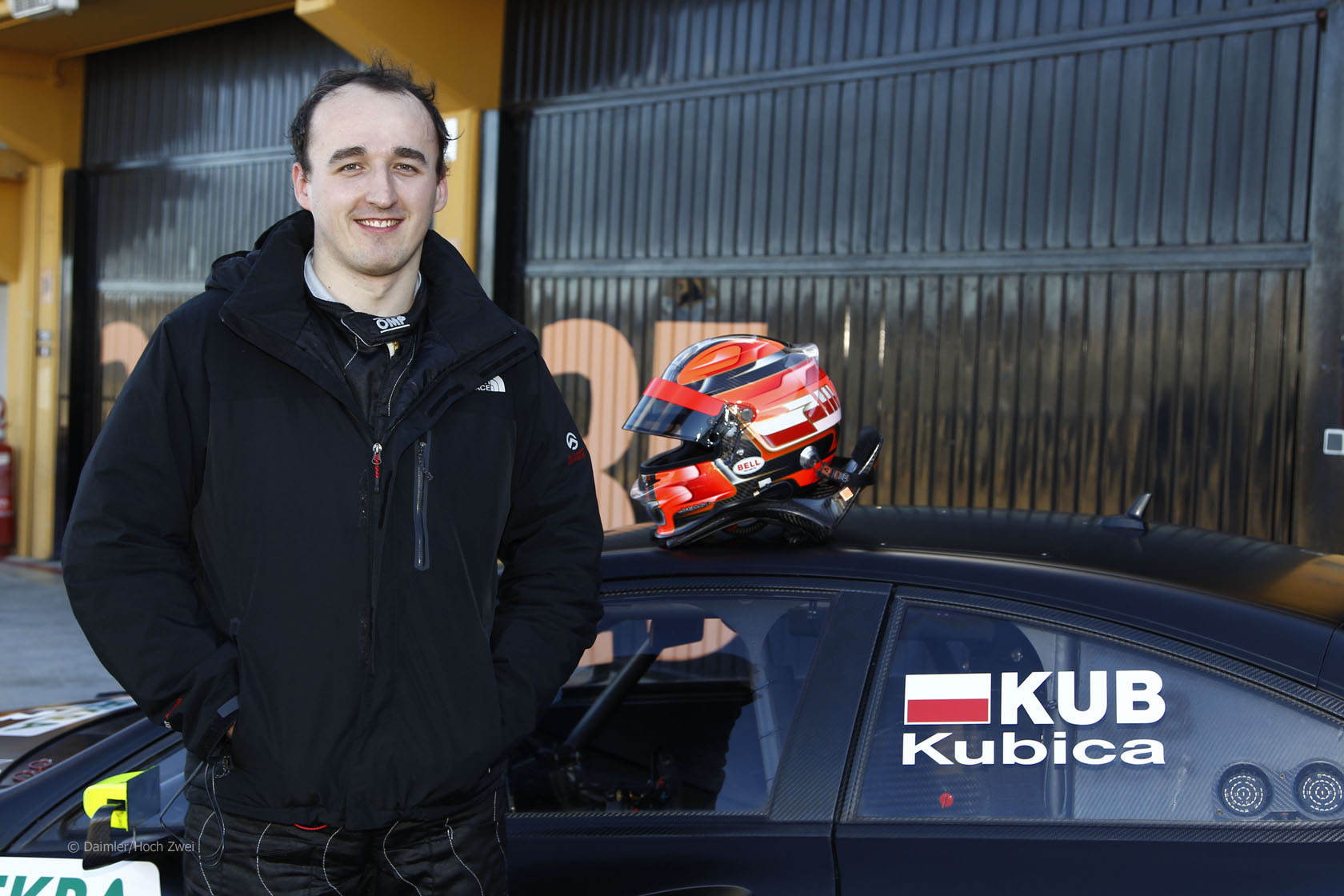 Robert Kubica admitted his DTM test for Mercedes this week has inspired thoughts of driving an F1 car again.

Speaking after driving Mercedes’ C-Class DTM car at Valencia yesterday Kubica said: “Two years ago – nearly two years ago – I was here with F1. Today here I am with DTM. “Of course I would prefer to be here in an F1 car but you have to do small steps, step by step, and maybe one day I will get the chance to drive again an F1 car here in Valencia or in general.”

Kubica said he’s “feeling much better than last two years” as he continued to recover from his February 2011 rally crash which nearly cost him his right arm.

“I have some limitations but I have driven different cars and practically if I have enough room in the car – and in the DTM car I have – there is no big limitation for my arm, for myself.

“Of course the more I drive, the more often I drive, the better I feel and things are getting better and this is something which is very good because it’s always good to see your body improving step by step every test, every day which I spend on the track.”

He said recently he would consider a return to Formula One even if his arm does not heal fully.

Kubica added he “needs to decide pretty soon” if he’s going to compete in the DTM this year, adding he has other options for this season.

If Kubica does race in the DTM this year he will join fellow former F1 driver Timo Glock, who has signed to race for BMW.

27 comments on “Kubica thinking of F1 return after DTM test”