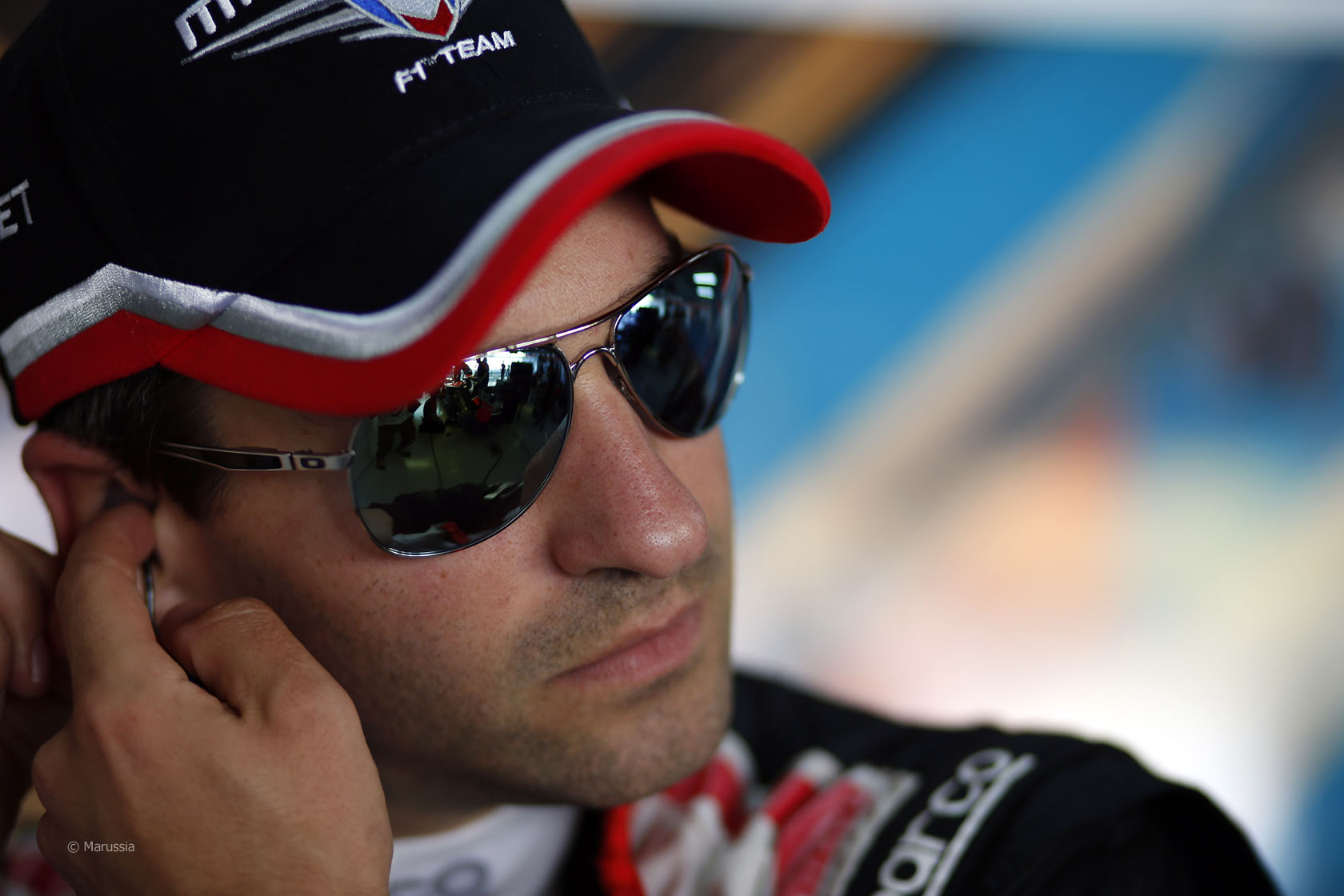 Timo Glock’s F1 future is in doubt following the announcement of his departure from Marussia.

Mark Webber sympathised with him on Twitter after the news broke, saying: “You’ll be missed matey on the drivers parade and drivers meetings chats. One of the good guys, and never went to your head.”

“That’s the way of F1 at the moment,” Glock replied. “Hope it will change again soon because like this it has nothing to do with sport.”

“Now it’s up to you guys to make things clear in drivers’ meetings,” he added with a smile.

After three years of plugging away at the back of the field with Marussia (previously Virgin), it’s easy to forget the promise Glock showed early in his career – which at one stage led to two manufacturers fighting over his services.

Toyota signed him to drive for them in 2008 after the Contracts Recognition Board ruled in their favour in a dispute with BMW, who Glock had been a test driver for.

Glock had already impressed by scoring points on his debut for Jordan in Canada in 2004 while substituting for Giorgio Pantano. He returned to F1 via Champ Cars, where he came close to winning at the same circuit, then clinched the GP2 championship in 2007. In his first full year of F1 he impressed again in Montreal, leading a race for the first time and finishing fourth.

Following a heavy crash in the German Grand Prix he bounced back to score his first podium finish in Hungary. Running third in the closing stages, the late retirement of Felipe Massa elevated him to second.

He clicked with the new Singapore circuit immediately, finishing fourth. And he inadvertently played a role in the dramatic season finale in Brazil by electing to stay on dry-weather tyres as rain fell late in the race.

Glock was famously passed by Lewis Hamilton on the final lap. But despite that his gamble had paid off as he finished a place higher than he had been before the rain arrived.

In 2009 the pressure was on Toyota to deliver as their TF109 proved competitive at the beginning of the year. Glock should have started from the second row in Australia but a technical infringement saw both cars sent to the back – from where he recovered to fourth behind team mate Jarno Trulli.

At the soaked Malaysian Grand Prix he was running second when the race was red-flagged, then relegated to third behind Nick Heidfeld under the ‘count back’ rule.

After Bahrain, when both cars start on the front row but slipped back with a poor choice of strategy, it looked like his best hopes for a result had past. But he returned to the podium at Singapore again with an excellent second place.

But that turned out to be his final start for Toyota – and his last at the sharp end of the field. Glock was injured during qualifying for the next race at Suzuka and missed the end of the season. He had more points on the board than Trulli at the time.

Toyota pulled the plug on its F1 programme as the financial slump bit, leaving Glock to consider approaches from Renault and Manor Motorsport. As with most decisions, this was a much easier one to make with the benefit of hindsight.

Glock had first-hand experience of the suddenness with which a car manufacturer could cancel its F1 plans. And in late 2009, with the revelation of ‘Crashgate’ ringing in everyone’s ears, many questioned the future of the Enstone team.

As events transpired, Genii bought Renault’s team and had a competitive car on its hands in 2010. But Glock wasn’t the one driving it.

He had gone to Mano, who had been taken over by Virgin and discovered that the cost-capped regulations they hoped to enter under in 2010 were not going to happen. Glock found himself driving a car which, in the opening races, couldn’t be driven flat out or it would run out of fuel.

He’s been treading water at or near the back of the F1 field ever since. There have been flashes of promise, particularly at Singapore, but inevitably it’s harder for a driver to stand out when driving a car that’s several seconds off the pace.

Without wishing to judge before all the facts are in, it looks very much as though Glock is the latest victim of F1’s failure to get costs under control.

That Marussia need require a more lucrative occupant for their second seat – but potentially a less skilled one – was clearly implied by today’s statement. Under the circumstances it is hardly unreasonable of Glock to point out it does not reflect well on the sport.

45 comments on “Glock: F1 departure “has nothing to do with sport””