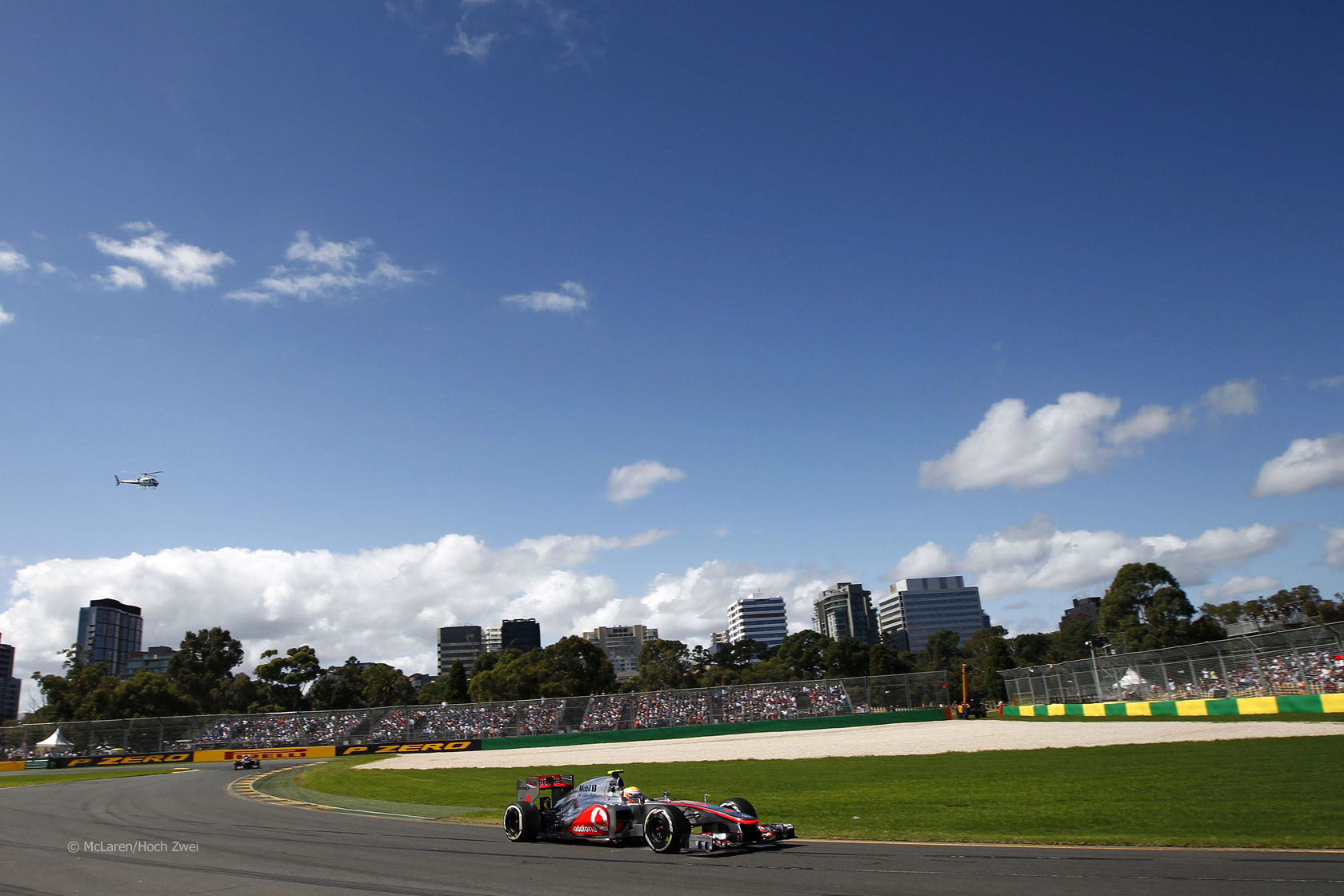 There is more uncertainty than usual surrounding the upcoming 2013 Formula One season.

As the new year begins the calendar has not yet been confirmed and the teams are yet to agree terms for the latest Concorde Agreement.

But with the first car launch set for the end of the month the clock is ticking to the start of the new season. Here’s what we know so far about what we’ll see in 2013.

The total number of ordinary testing days has fallen from 15 to 12. There will only be three pre-season tests and no in-season tests such as the one that was held at Mugello last year.

The young drivers’ test is expected to return to being a single event for all the teams instead of the three separate tests that were run last year at different venues during the season.

Two car launches have been confirmed so far: the McLaren MP4-28 (31st January) and Force India’s new car (1st February). Sauber have indicated their C32 will appear at the beginning of the first test on February 5th. Expect the remaining launches to be announced fairly soon.

Unusually, the race calendar for the new season has not been completed in time for the new year.

The 2013 F1 calendar is set to include 20 races but the host of the tenth round, set for July 19th-21st, is yet to be confirmed. As that race is scheduled for one week before the Hungarian Grand Prix, it will have to be within a reasonable distance of the Hungaroring. If no venue is found for this Grand Prix the calendar will feature 19 races instead of last year’s 20.

It is the Nurburgring’s turn to host the German Grand Prix, set for on July 5-7th, but it remains to be seen whether it will given its recent financial problems. The Hockenheimring, which it shares the race with, may step in.

There is no race scheduled at the Valencia Street Circuit which is supposed to be entering a race-share arrangement for the Spanish Grand Prix with the Circuit de Catalunya.

The Jersey Grand Prix, which was supposed to happen for the first time this year, has been postponed to 2014.

Dates for your diary

Find more information on next year’s race below and get all the car launches, test dates and F1 session times on your mobile using the F1 Fanatic Calendar for Google. These will be updated as more information becomes available.

HRT have disappeared from the entry list for 2012 leaving just 22 cars, down from 24. This also means six cars will be eliminated instead of seven in Q1 and likewise in Q2.

There are three seats yet to be officially confirmed for 2013. These are the two Force India seats and the second place at Caterham.

Paul di Resta is expected to remain at Force India. But it may be a while before we learn the identity of his team mate:

We know you're all busy speculating on our 2013 line-up & you've been tweeting about it, but you'll have to sit tight a little while longer!

For those in the UK only half the races will be available live on free-to-air television. Here are details of the races the BBC will show live – the rest will only be on Sky:

Italy will adopt a similar broadcasting model to the UK this year with half of the races only live on Sky Italia.

In America, Speed’s 17-year F1 coverage has come to an end and NBC Sports will take over the F1 broadcast as of this year. The technical rules for 2013 remain largely unchanged from last year.

One of the most significant changes is that drivers will no longer have free use of DRS during practice and qualifying. This is partly at the request of the drivers, many of whom warned that allowing DRS to be used everywhere posed a safety risk.

As a result drivers may now only use DRS in the designated zones at all times. Most tracks had only one zone last year, but teams are keen to see that rise to two.

A change in the technical rules will prevent drivers from creating ‘Double DRS’ devices of the type pioneered by Mercedes, who used a series of ducts within their car to stall the front wing as well as the rear when DRS was in use. However teams may still use stall parts of their wings without using DRS, as Lotus tried to do with their rear wing.

Teams will also have the option of adding ‘modesty panels’ to their cars to cover up the unattractive stepped noses that appeared on most designs in 2012. There will be tougher tests of front wing flexibility and more demanding crash tests too.

With HRT leaving and Marussia intending to use KERS on their car for the first time, this is set to be the first season where the entire field has KERS. Marussia will also be the only Cosworth-powered team.

A major rules change is coming for 2014 with the introduction of a new engine formula. How teams manage their 2013 race programmes while ensuring they do not fall behind on development for 2014 is likely to be a major theme of the coming season.

The tyre rules remain largely unchanged. However Pirelli have confirmed their 2013 rubber will be heavier this year, and the FIA has increased the minimum weight limit by 2kg accordingly and tweaked the weight distribution rules to reflect the change.

This is the last year of Pirelli’s three-year deal to be F1’s exclusive tyre supplier. They have indicated they would like to continue for 2014 and beyond.

Late last season the FIA said it expected a new Concorde Agreement for 2013-2020 would be signed by the end of October.

But the document, which governs how the sport is run, does still not have the agreement of all the parties. Bernie Ecclestone said yesterday “we should be able to reach agreement soon”.

It is not unusual for negotiations between the teams, the commercial rights holder (CVC and Bernie Ecclestone) and the FIA to overrun. Particularly when the issues at stake are key matters such as how revenue is divided among the teams and how decisions concerning the future of the sport are made.

But the lack of an agreement is a concern and in recent weeks there have been rumours some teams might complain to the European Union about the new terms being offered.

The subject of the Bahrain Grand Prix has been an open sore for Formula One in the last two years. The 2011 race was cancelled and the 2012 race went ahead amid protests.

The event is on the calendar again and the situation in the country seems not to have improved in the months since the last race was held.

What do you expect from the 2013 season?

Will we have 20 races again? Who will get the remaining seats on the grid? Have your say in the comments.