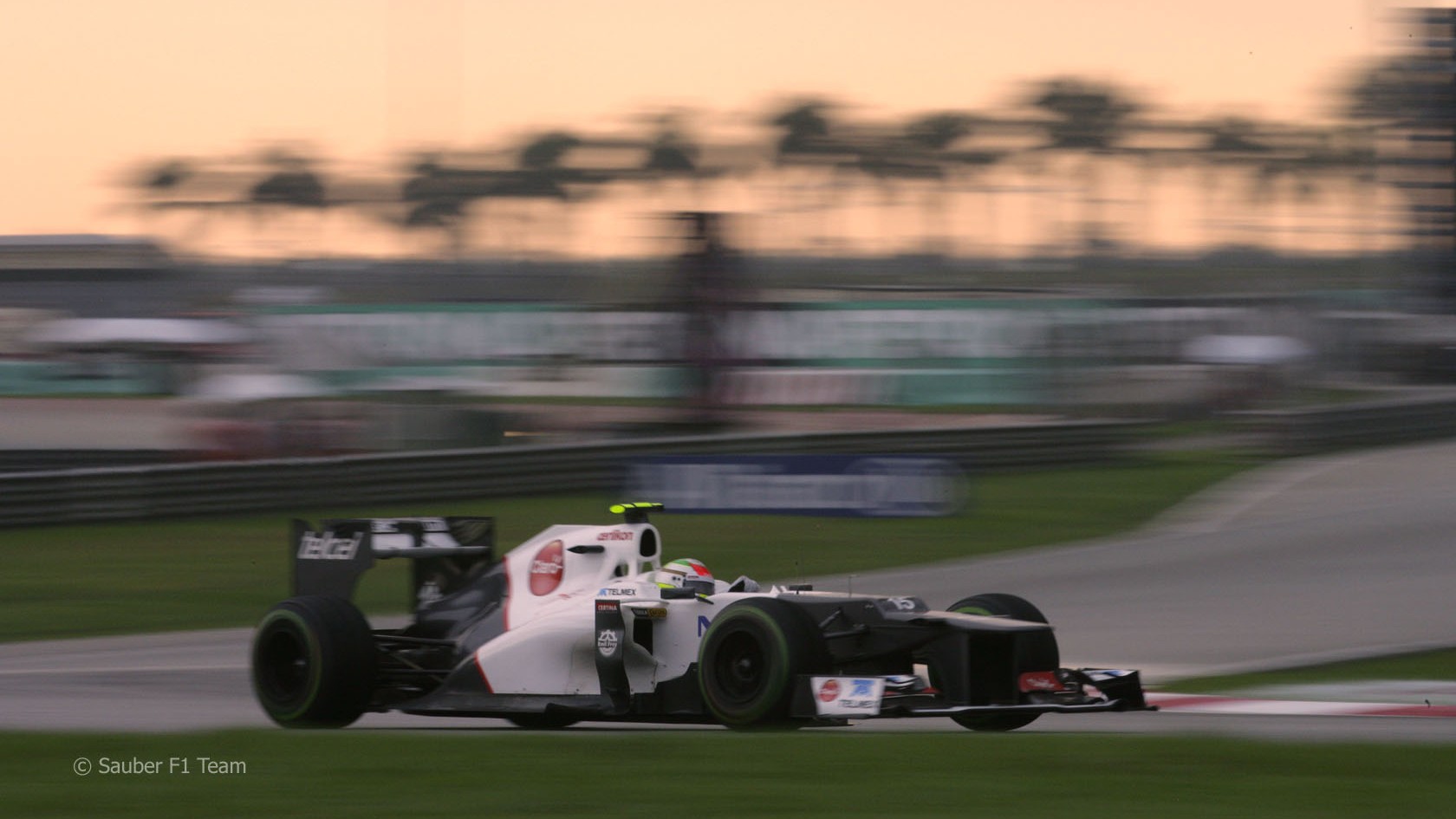 The 2012 season was arguably the best year for Sauber as an independent team since it entered F1 two decades ago.

While they did not improve on their best ever constructors’ championship finish of fourth (achieved in 2001), this was the first year they reached the podium more than once and they were genuine contenders for victory on their best days.

The season did not get off to a promising start as technical director James Key departed just three days before the C31 was launched. But once the season began it was clear Key’s last design for the team was a competitive racer.

Its potential was somewhat disguised in Australia by the appearance of the safety car. But in wet conditions in Malaysia Sergio Perez produced an excellent performance to claim second place.

Mistakes by both team and driver cost them their best shot of victory so far. A lap 49 radio message warning Perez to “be careful” because “we need this position” hinted at the conservatism with which the team was approaching the race, and a late final pit stop cost him several seconds to Alonso. Shortly afterwards a mistake at turn 14 meant he had to settle for second.

Even so this was greeted with scenes of joy. Sauber hadn’t visited the podium as an independent constructor since Indianapolis in 2003. And there was more to come from Perez in Canada and Italy.

With Sauber using Ferrari engines and Perez part of the Ferrari Driver Development programme, it was widely assumed he would be promoted by Ferrari to take the place of the under-performing Felipe Massa. But McLaren got in first to snatch him after Lewis Hamilton announced he was leaving.

Worryingly for McLaren, Perez failed to add to his points tally over the remaining six races. The driver who will take his place at Sauber next year, Nico Hulkenberg, scored 32 in that time to finish just three points behind McLaren’s new driver.

Kamui Kobayashi was a further three points back. Hi season was only slightly less successful than his junior team mate’s yet it may prove to be his last in F1. He delivered his first, emotional, podium finish on home ground in Japan. The race swung in his favour when several cars were eliminated at the first corner, but Kobayashi was already in second place by that point and he resisted pressure from 2011 race winner Jenson Button to take third place.

But even at this stage of the season it seemed unlikely he would remain at Sauber. Perez’s Telmex-backed seat always looked likely to be claimed by Esteban Gutierrez, a move which was confirmed at the final round (after Perez blurted it out in a press conference).

Sauber were an inconsistent force in 2012 – they had double-figure points hauls on seven occasions yet also eight no-scores. It’s not hard to identify several missed opportunities to claim the 16 points that separated them from fifth-placed Mercedes in the championship, such as Perez’s spin at Suzuka or Kobayashi mowing down his pit crew at Silverstone.

And of course there was the enormous disappointment of Spa, where their drivers lined up second and fourth on the grid but were eliminated in the first-corner crash triggered by Romain Grosjean. With a total of ten DNFs throughout the season including four technical failures, only HRT’s finishing rate was worse.

Sauber can feel satisfied with the progress made at the end of their third year since the departure of BMW. However it’s clear the team are feeling the pinch financially. They may have lured a big name to the team in the form of Chelsea football club but it’s doubtful how much money this is actually bringing in.

The year also saw a significant change as owner Peter Sauber handed over the reins as team principal to Monisha Kaltenborn. The first woman to become an F1 team principal, Kaltenborn has been with the team since 2000. Significantly, she was quick to stress the necessity of controlling costs in the sport and urged teams to find a way to retain the Resource Restriction Agreement.

“We can be proud of what we?óÔéĽÔäóve achieved this year,” said Kaltenborn at the end of the season. “We got four podiums and a total of 126 championship points. This is 82 more than last season, which is an impressive improvement.

“Of course we know that with a little more consistency we could have scored even more points. That?óÔéĽÔäós something we will be working on for next season.”

23 comments on “All change at Sauber after strong season”