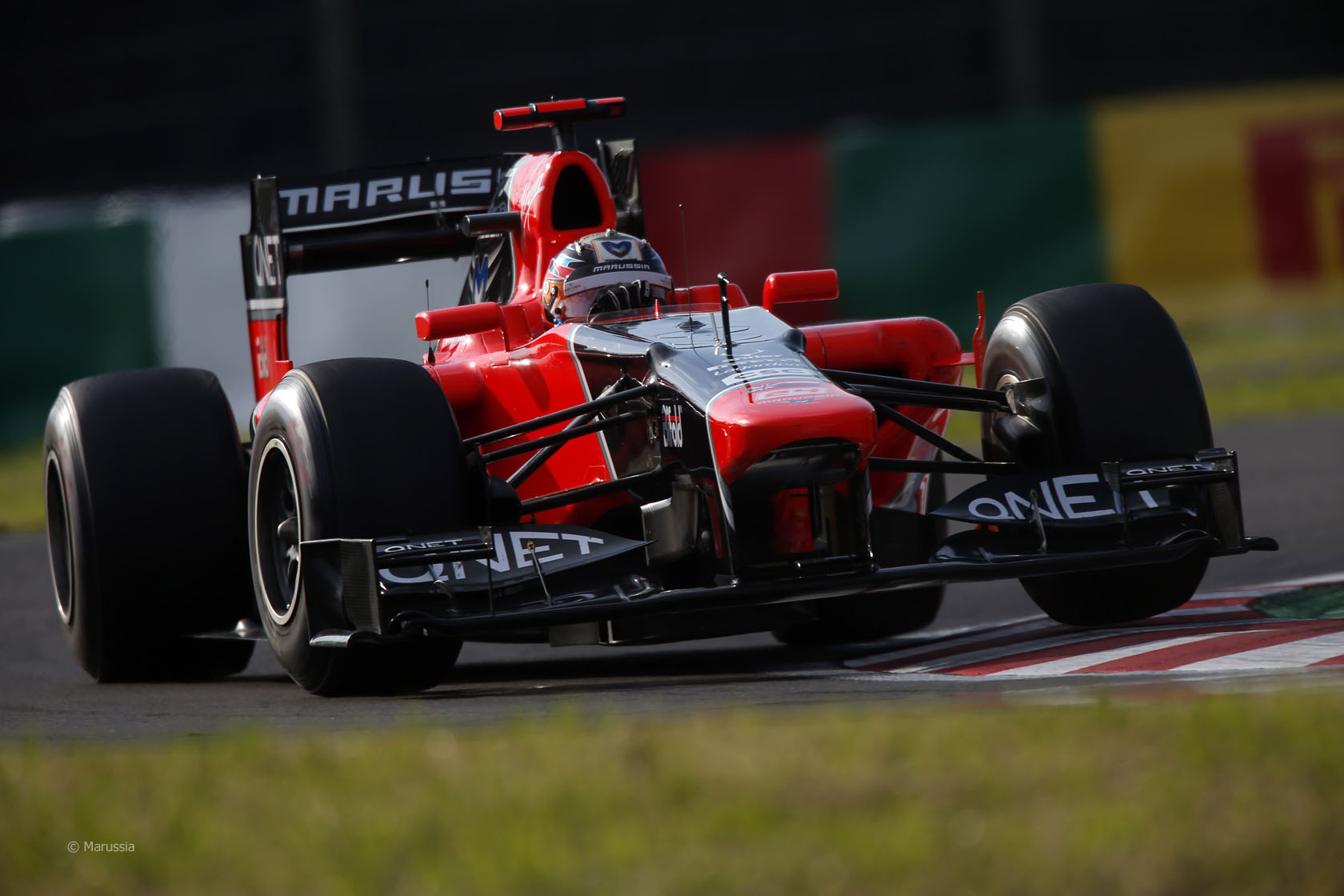 Marussia had a tough season in 2012. And just when it looked like coming good it turned sour in the final moments.

The season took a dreadful turn for the team when test driver Maria de Villota was seriously injured in a crash in July. De Villota lost an eye in the crash and her long road to recovery, involving many operations, has only recently concluded with her release from hospital.

Following de Villota’s accident Timo Glock scored an opportunistic 12th place at his favourite circuit, Singapore. That moved Marussia into tenth place in the constructors’ championship ahead of Caterham, potentially setting them up for a financial windfall at the end of the season.

It would have been a welcome boost for the cash-strapped team who were unable to get their new chassis on track at any of the official pre-season testing sessions.

But it all went wrong for them in the final race of the year. First Glock was punted out of contention by Jean-Eric Vergne.

That left the team’s hopes in the hands of Charles Pic, whose forthcoming move to Caterham had been announced earlier that weekend. But as he made way for the leaders late in the race Vitaly Petrov took advantage and Marussia lost their grip on tenth in the overall standings.

It was an unfortunate end for the team in a season which saw them make slow but steady progress. They were unable to run the MR01 in the official pre-season sessions after it failed a crash test.

Having abandoned their attempt to design their car entirely using Computational Fluid Dynamics last year, Marussia eventually benefitted from wind tunnel-testing the car in 2012. Their lack of resources told in that it wasn’t until Silverstone that the first significant batch of parts developed in the wind tunnel appeared. But they yielded noticeable gains in the subsequent races.

At Monza the team got closest to the front-running pace in qualifying – 3.6% off the quickest time. Then came the high of Singapore. The team’s on-track improvements were bolstered by quick works in the pits – their crew turned around the seventh-fastest stop of all in the Japanese Grand Prix.

More significantly, in the races that followed they were increasingly a match for Caterham, and out-qualified them at the Circuit of the Americas. Their chances of holding on to tenth in the championship looked good until it swung away from them in Brazil. “Disappointed?óÔéĽÔäó doesn?óÔéĽÔäót even come close,” said team principal John Booth after their 11th-hour defeat. “We made all the right calls and our strategy worked out perfectly, but in the end we lost out due to factors beyond our control.”

“As everyone knows, we had a tough start to the year and we were unable to complete very much at all in the way of pre-season testing. Notwithstanding a difficult debut for the MR01, we were able to hold on to tenth place in the constructors’ championship for the first five races, before it slipped from our grasp in Monaco.”

With the demise of HRT, Marussia look set to be the only Cosworth-powered team in 2013. They plan to introduce KERS on their next car which Booth hopes will allow them to build on the progress they made this year:

“Much has been made of closing the gap to Caterham, but at the same time we have reduced the delta to the mid-field and the front of the field. For example, in Australia the gap between our own fastest lap and the winner?óÔéĽÔäós fastest lap was 4.5%, whilst in the closing stages of the season we have reduced that to 2.5% – again, without KERS. So if we reflect on our big picture, it is even more encouraging than may have been apparent.”

19 comments on “No fairytale ending to tough season for Marussia”