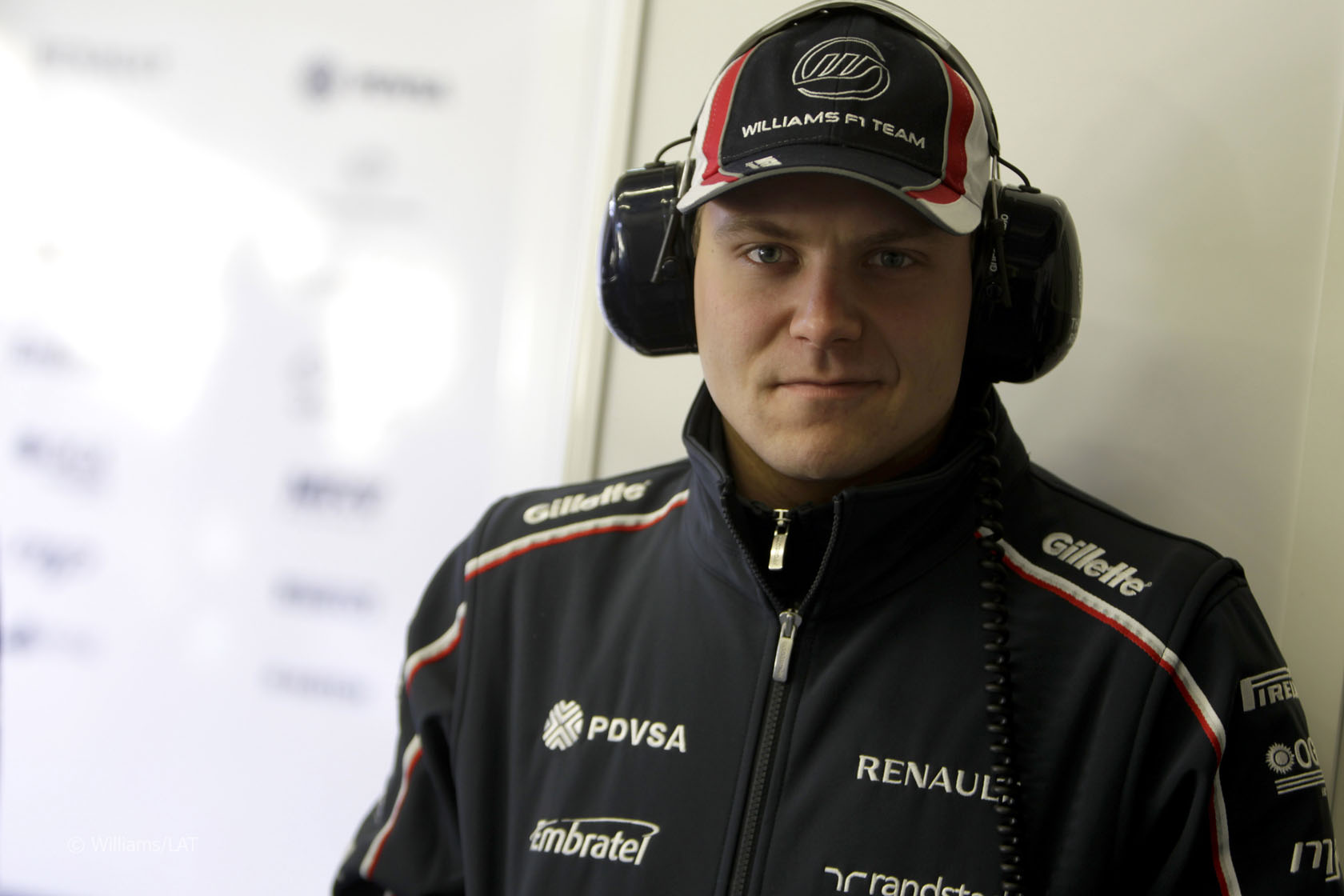 Valtteri Bottas will make his Formula One race debut for Williams next year, the team has confirmed.

Bottas will partner Pastor Maldonado at the team, leaving Bruno Senna without a drive for the 2013 season.

Team principal Frank Williams said: “In Pastor and Valtteri we have two of the most exciting talents in motor racing and I am especially excited about what 2013 can bring for Williams.

“Pastor has always demonstrated remarkable pace and this year has seen him mature as a racing driver. Valtteri is quite simply one of the most talented young racing drivers I have come across and we expect great things from him in the future.

“I would also like to take this opportunity to thank our departing driver Bruno Senna for his hard work over the past year and wish him the best of luck going forward.”

Bottas said it was the accomplishment of a “lifelong dream” to make his F1 debut with “one of the most legendary teams in the sport”.

“I?óÔéĽÔäóve really enjoyed my three years with Williams so far and feel very at home here so my goal was always to stay for 2013 and progress to a race seat,” he added. “I?óÔéĽÔäóm looking forward to getting my Formula One career started and enjoying a lot of success with Williams.”

The 23-year-old made 15 appearances for the team in Formula One practice sessions during this season after winning the GP3 title last year.

Bottas’s credentials include two wins in the prestigious F3 Masters race in 2009 and 2010, and victories in the Formula Renault 2.0 Eurocup and Northern European Championship in 2008.

He is the second rookie driver to be confirmed for the 2013 F1 season, following Esteban Gutierrez’s confirmation at Sauber.

Maldonado added: “I?óÔéĽÔäóm really enjoying my time with Williams and I was obviously very happy when I was told that I would be continuing with the team in 2013. 2012 was a memorable year for me with the win in Barcelona and we made a big step forward in terms of performance. I have a lot of confidence in the team and hopefully next year will see us move even further up the grid and taste more success.”

See the updated list of 2013 F1 drivers and teams

91 comments on “Bottas joins Maldonado at Williams for 2013”