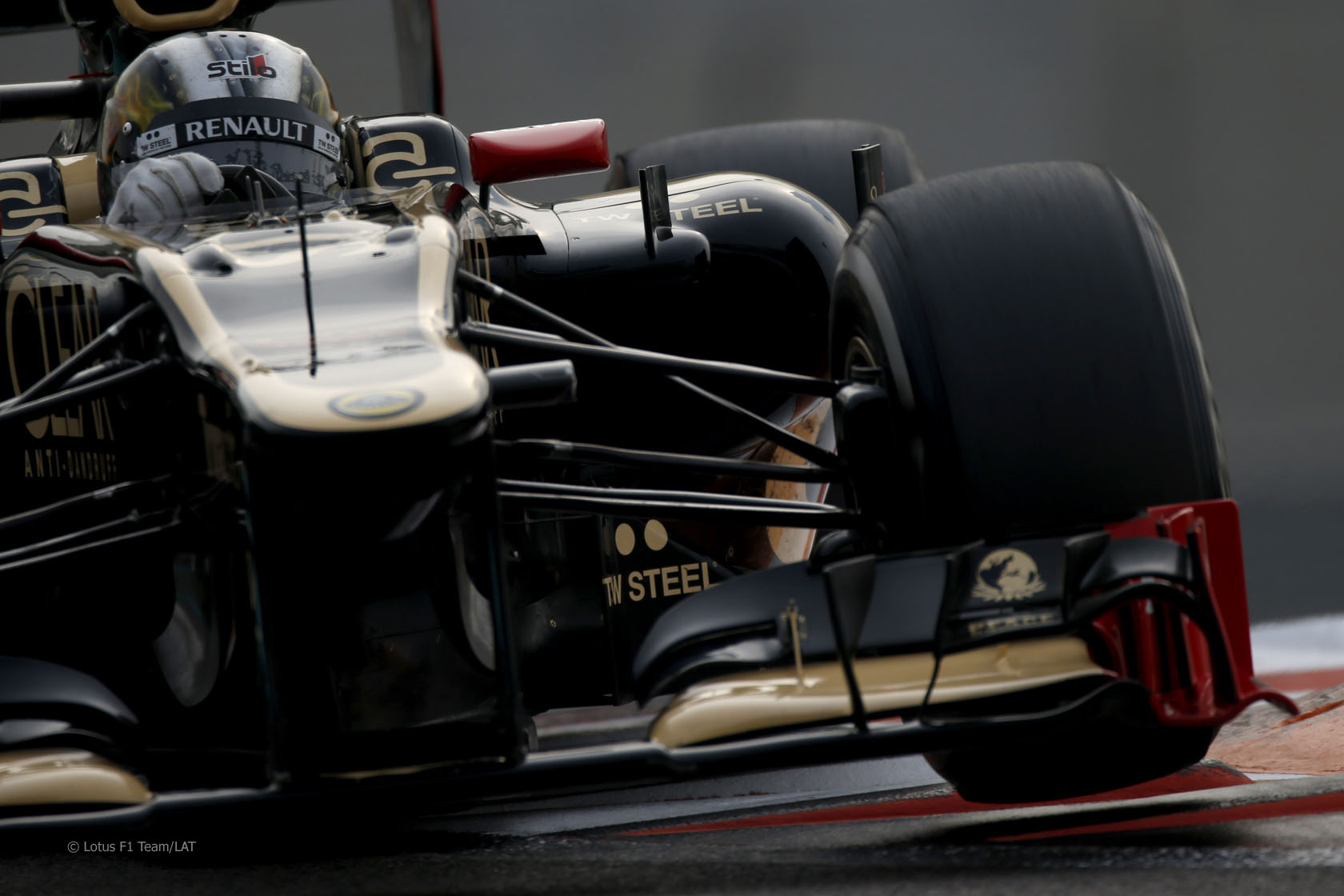 Davide Valsecchi put Lotus on top as the Young Drivers’ Test came to an end at Yas Marina.

Valsecchi’s time of 1’42.677 was only slightly slower than the quickest time of the test set by Kevin Magnussen on Monday for McLaren.

Lotus’s work included further development of their Double DRS. “In the morning we completed additional aerodynamic work and looked at further evaluation of our DDRS, providing us with enough data to make an informed decision at a later stage in Enstone,” said race engineer Simon Rennie.

“For the afternoon session, we looked at developments of our front drums and then completed a tyre programme which gave Davide the opportunity to try out the various compounds.

“We ran the hard, medium and soft tyres and he found good improvements in terms of grip with each step in the compounds. All in all it?óÔéĽÔäós been a good day, and Davide did a great job.”

Kevin Magnussen returned to drive for McLaren again and completed enough mileage to gain an F1 Superlicence. Sporting director Sam Michael praised his progress: “He certainly didn?óÔéĽÔäót look like a guy who had never turned a wheel in a modern F1 car before the start of this week.”

Alexander Rossi’s sole day of running for Caterham was interrupted by a technical problem.

“It?óÔéĽÔäós obviously not ideal that we had to end the session early, but when I boxed after my 14th run there was oil on the garage floor so the engineers had to call the session over,” he said.

“That meant I didn?óÔéĽÔäót have the chance to do any performance runs and I?óÔéĽÔäóm sure if I did my lap times would have been close to the race drivers, but issues like that are just one of those things. They?óÔéĽÔäóll take a proper look at what caused the problem and I?óÔéĽÔäóm sure it won?óÔéĽÔäót affect the team?óÔéĽÔäós preparations for Austin or Brazil.”