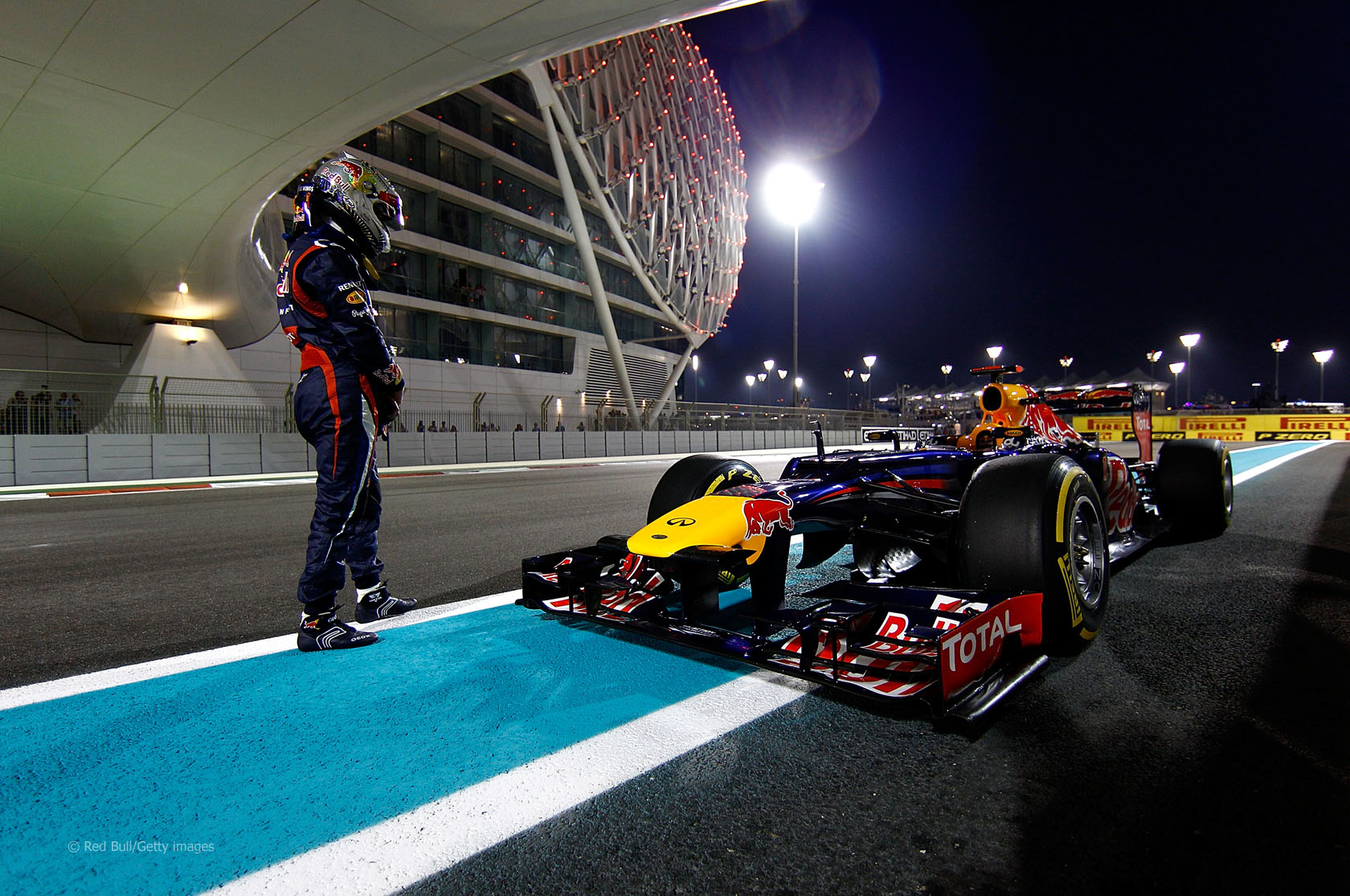 Ten of the best pictures which tell the story of the Abu Dhabi Grand Prix weekend. Max Chilton’s Marussia is dwarfed by the scale of Yas Marina’s architecture as he makes his first appearance at an official F1 practice session.

“I have been looking forward to this opportunity for a few weeks now,” he said afterwards, “but when the moment came – with all the pressure – I admit that I was a little nervous. I wanted everything to go well and to have as much track time as possible.”

As usual Bruno Senna only ran in the second practice session on Friday as Valtteri Bottas was given his car for the first one. Despite a tangle at the first corner with Nico Hulkenberg he reached the points for the ninth time this year. Nico Rosberg was pleased with his car on Friday and split the Ferraris in qualifying the next day.

But misfortune struck again on Sunday – he suffered a huge crash when Narain Karthikeyan slowed in front of him due to a hydraulic failure. Fortunately both were unhurt. Sebastian Vettel hurriedly stopped his car after being told to by Guillaume Rocquelin at the end of qualifying. Staring at his RB8, he must have suspected the mystery stoppage was going to lead to a penalty, and who knew what damage it might do to his championship lead.

Sauber mechanics push Kamui Kobayashi’s car onto the grid ahead of the start of the race.

Kobayashi was passed by the other Sauber of Sergio Perez early on. But while his team mate’s race was spoiled by a penalty for a collision, Kobayashi came in sixth and is now just eight points behind his team mate in the drivers’ championship. As the field rush into turn one Vettel and Pedro de la Rosa are waiting to be given their starting orders in the pit lane. For the second time this year Lewis Hamilton trudged back to the pits, his car having failed him while leading. He has just two races left at McLaren. Vettel’s progress through the field was quick enough for him to be within sight of Fernando Alonso in the closing stages. But he had to pass Jenson Button first – a task which consumed several laps while Alonso went after leader Kimi Raikkonen. Alonso pulled up beneath the podium after the race but can’t have been pleased to see Vettel arrive there too, which meant he’d taken just three points off his championship rival.

Kimi Raikkonen may have dropped out of the championship running but he swept in to claim his first victory since returning to Formula One – and could yet have a role to play in determining the destiny of this year’s title.

Were you at Yas Marina last weekend? Share your pictures and video from the Abu Dhabi Grand Prix here: