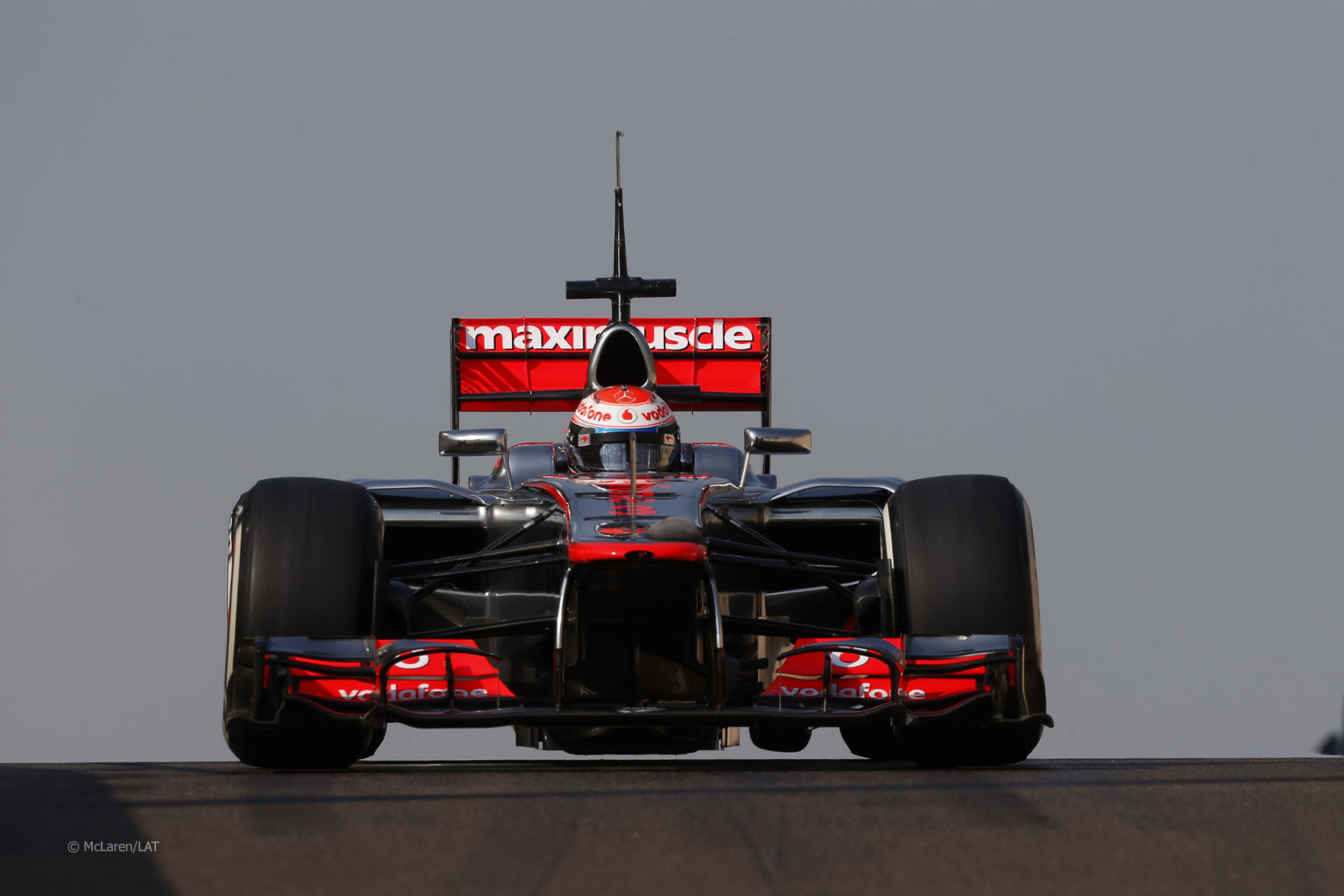 Kevin Magnussen headed the times on the first day of the Young Drivers’ Test in Abu Dhabi. The Danish driver set a quickest time of 1’42.651 at the Yas Marina circuit.

Fellow Formula Renault 3.5 driver Antonio Felix da Costa was second-fastest for Red Bull, less than a tenth of a second behind the McLaren.

Series champion Robin Frijns, who will drive for Red Bull later in the test, had his first day of running with Sauber.

The team’s head of track engineering Giampaolo Dall’Ara said Frijns “coped well [physically] and also, for his age, gave us good feedback. The mileage is a lot and the lap time is also good.

“We started with hard tyres and did some aero work in the morning before actually working on his lap time. Towards the end of the day we gave him an idea of different tyre compounds and went with a set of medium and a set of soft. But we never sent him out with a qualifying fuel level.”

Frijns said he found the test “hard work”. “Not in the beginning but then suddenly I felt it, especially from the brakes. I am really tired now and know I have to go and exercise more.”

“On my fastest lap with the soft tyres I made a mistake, so there was more to come,” he added.

Luis Razia spent his first of two days with Toro Rosso: “In the morning, the team had various test items it wanted to work through and in the afternoon, we looked a bit more at establishing a base line on the car.

“As far as the tyres are concerned, I found it relatively straightforward as they seemed quite similar to those supplied by Pirelli in GP2. As for all the buttons on the steering wheel, I had some time before driving the car to get used to them, so I soon got the hang of it.”

Johnny Cecotto Jnr will take over the car tomorrow and Razia will drive in the final day on Thursday.