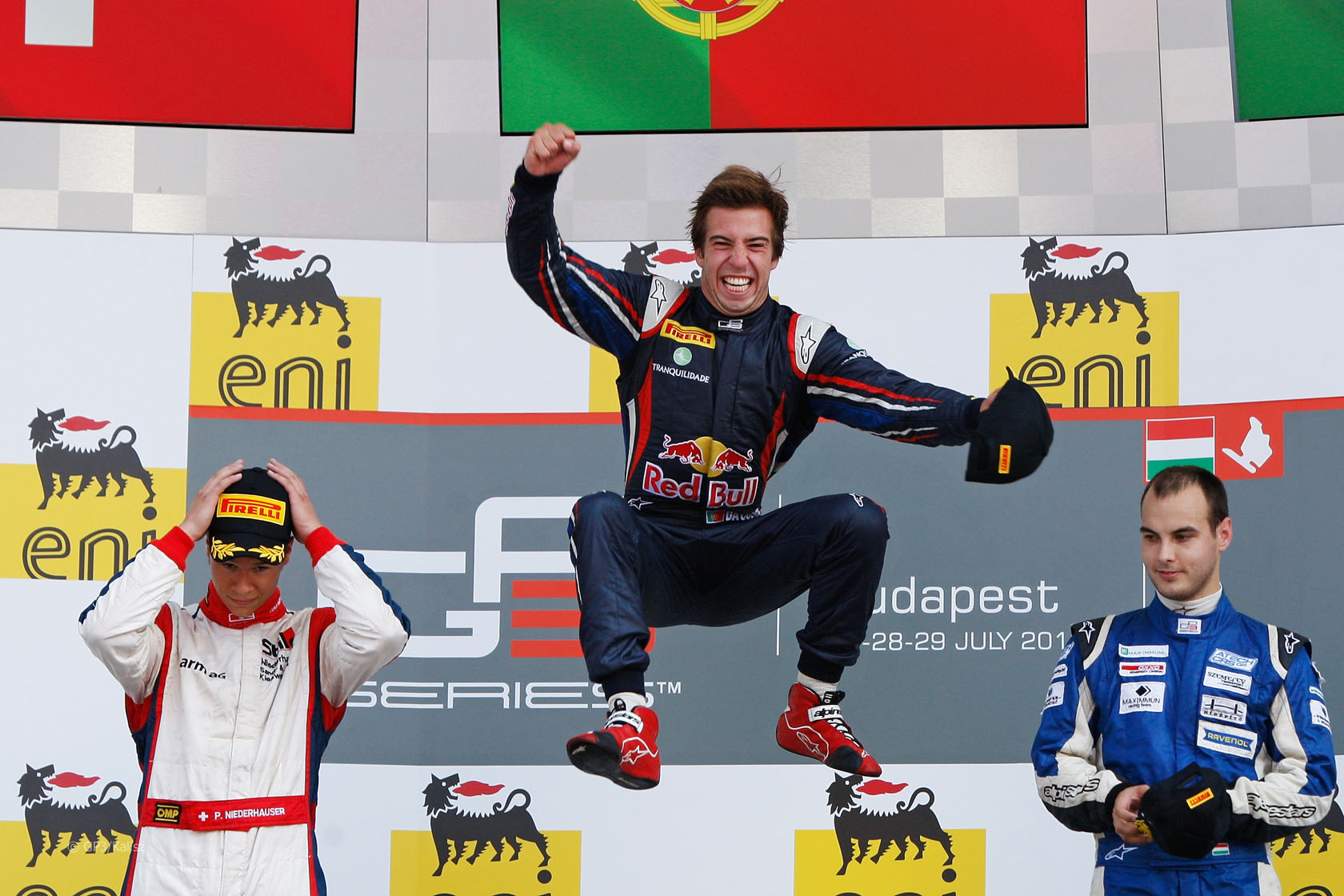 Da Costa is part of Red Bull’s young driver programme and will spend the first two days of the test at the wheel of the RB8.

He finished third in GP3 this year. Red Bull also placed Da Costa in Formula Renault 3.5 from round six of the championship. He ended the season fourth overall, scoring four wins and one second place in the final five rounds.

Frijns clinched the Formula Renault 3.5 title yesterday, becoming the first rookie driver to do so in seven years. He will drive the car for one day as part of his prize.

Sauber have previously announced Frijns will also drive for them in one day of the test.