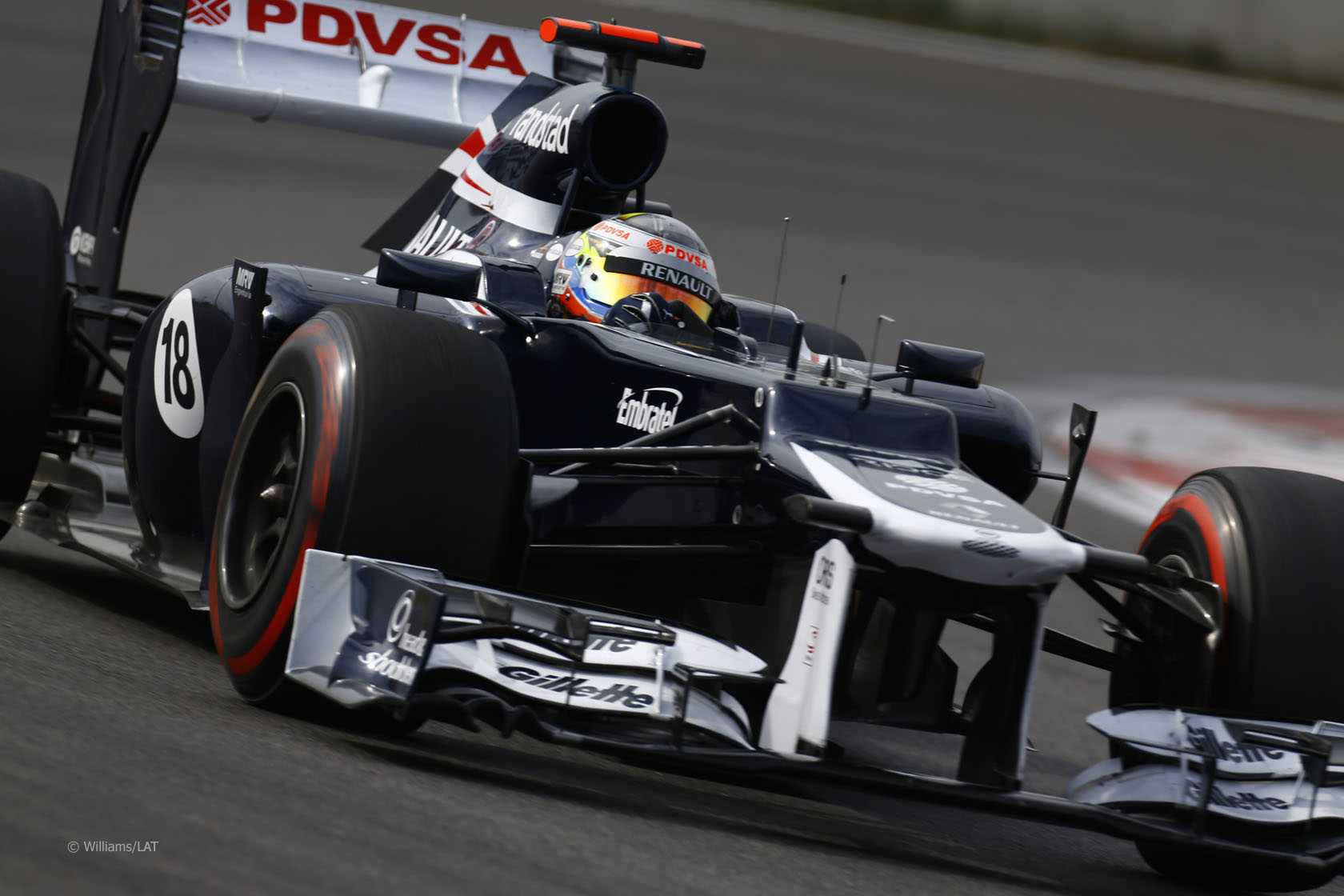 Williams chief operations engineer Mark Gillan said the Korean Grand Prix was the most disappointing race so far this year for the team.

“We were simply not quick enough this weekend with both drivers hampered by inconsistent car handling issues,” said Gillan.

“This has probably been our most disappointing race of the season in that both cars had decent race starts and had no contact issues during the race but we were clearly too far off the pace to challenge for point,” he added.

“We do understand why we struggled this weekend and need to address the balance consistency problem that hampered the drivers’ performance.”

Tyre debris was a cause for concern for both drivers, according to Gillan: “Both front wings had a lot of tyre debris excrescence after the race and this hampers their performance.

“During the race Bruno [Senna] also picked up some debris in the front wing which was once again likely to be tyre marbles, but thankfully it cleared itself prior to the pit stop.”

However he praised Pastor Maldonado who was one of only two drivers in the field to complete the race making a single pit stop:

“A one-stop strategy was marginal for the tyres and in particular the front right hand side tyre. Having said that, Pastor has excellent tyre management skills and was able to make the one-stop work.”

24 comments on “Korea “most disappointing race” this year for Williams”