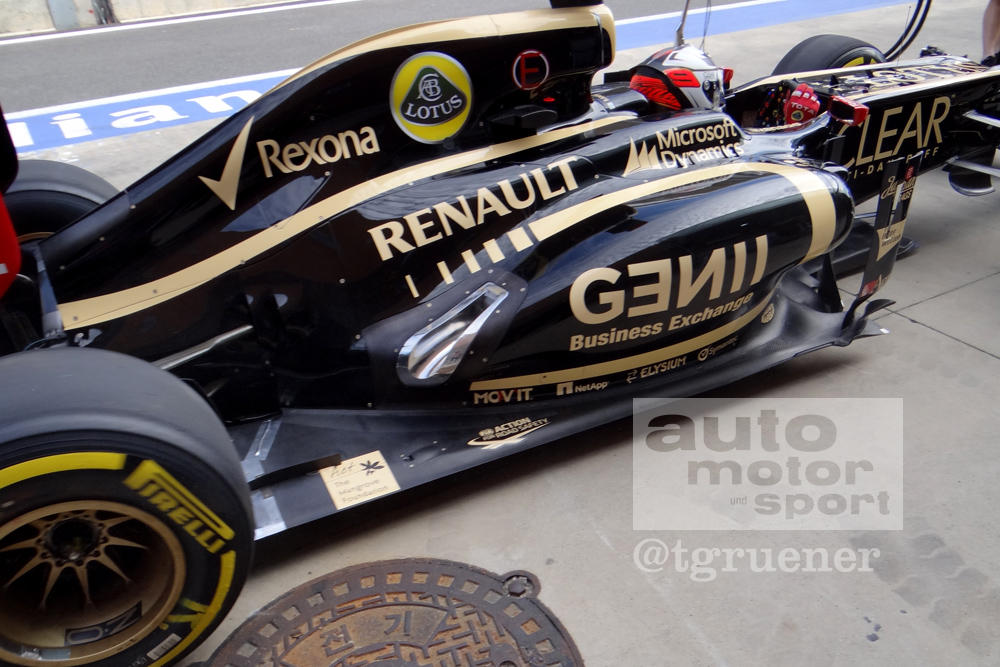 Lotus technical director James Allison says the team expect to use their new Coanda exhaust during the Korean Grand Prix having evaluated it during practice on Friday.

“I think so, yeah,” he said during today’s Korean Grand Prix press conference when asked if the team will race the system this weekend. “We haven’t decided yet but it looks like we will.”

“We’re reasonably happy with the way they’re working,” he added. “I think we’re at the beginning of a relatively long road with them.”

“They’re not straightforward to make work first go out, but the numbers we’re getting from them are good so, yeah, quite pleased.”

Allison added the team originally looked at the solution before the season began, before opting to run with a conventional exhaust: “At the point where we were committing to what we were going to start the season with we had two parts: a Coanda part and what we chose which was a very simple exhaust which was there to optimise power.

“So if the downforce didn’t materialise you knew you were down on the deal. So where we were when we launched our car, that was a relatively finely-balanced decision. We launched with the simple thing.

“And then we got underway and have had a reasonably bright season and have been pretty competitive quite deep into the year. We kept working on the other solution because it was quite clear that was where the centre of gravity of opinion in the pit lane was, and also because it was a reasonably productive avenue back in the wind tunnel.

“It got to the point where the gain of the Coanda system was sufficiently far ahead of our previous race system that it was quite clearly something that we ought to look at both for this year and also to make sure we were doing the right thing for next year.

“So that’s pretty much the history of it. We probably could have committed a bit earlier but then things were going quite well on the track as well.”

Lotus spent several practice sessions evaluating a new DRS device but are yet to race it. Allison said they are not giving up on the design because of the potential benefit it offers.

“But that really is tricky – well we found it so, anyway,” he said. “And so we will keep working on that but you won’t see it as much on Fridays. We’re going to bring it out to play again at the Young Drivers’ Test and hopefully make a bit of progress there.”

Asked how the team could continue to improve the E20’s weaknesses, Allison said: “The same as anyone else, you just chip away at them. It’s an annoying sport, this, you think you’re making progress and then everyone else gives you a wake-up call.

Image via @tgruener on Twitter for Auto Motor und Sport

17 comments on “Lotus expect to use Coanda exhaust during race”