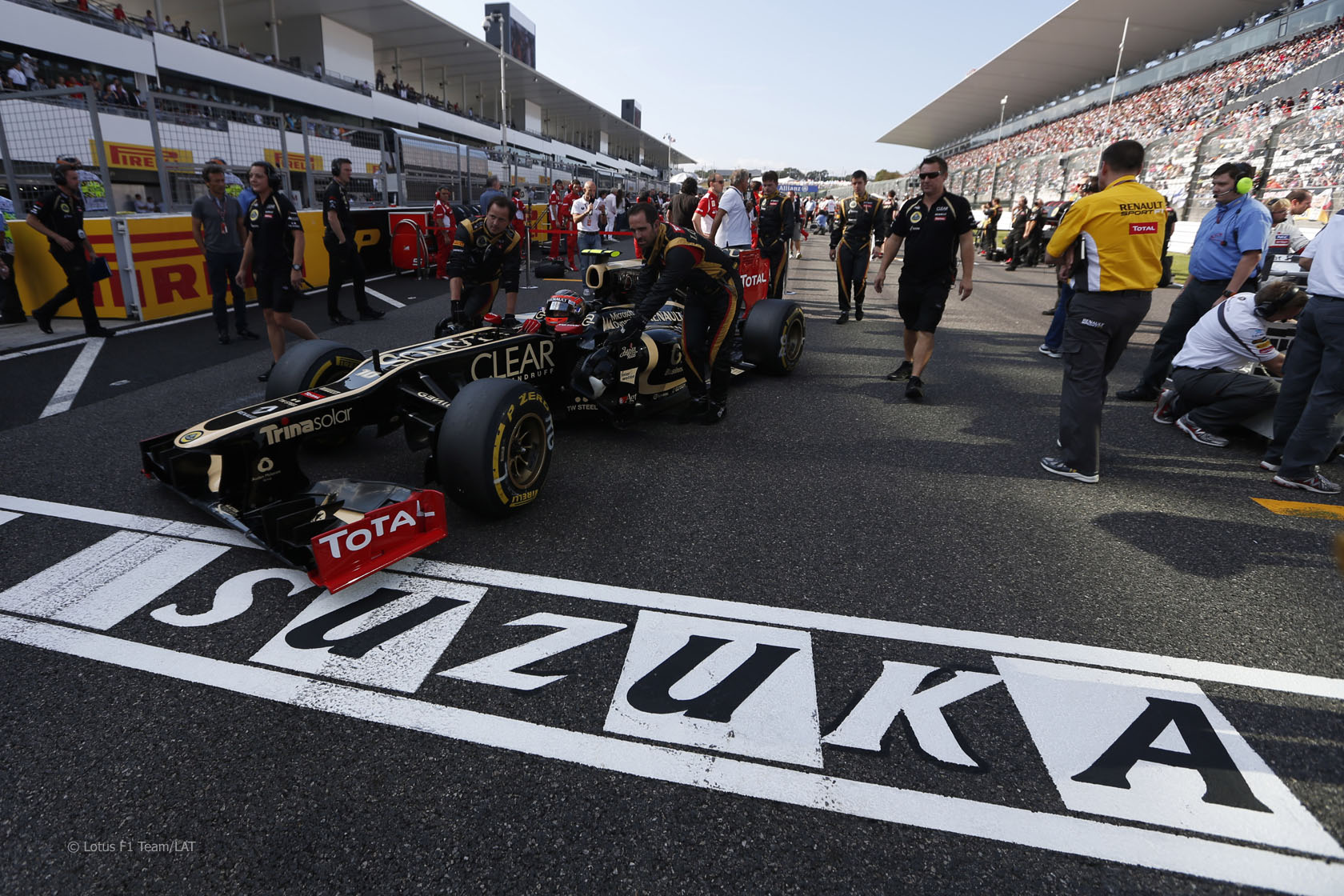 Romain Grosjean said his team have urged him to avoid a repeat of his previous first-lap collisions in this weekend’s Korean Grand Prix.

Grosjean told journalists at the Korean Grand Prix press conference he’d apologised to Mark Webber who called him a “first-lap nutcase” following their crash at Suzuka:

“Mark came to see me and I completely understood he was unhappy. The only thing I could say was to apologise.

“I’m clearly conscious of the risk at the start. I am working to change quite a lot of things but work doesn’t come from one day to the other one. There is a process going on.

“I said I was very sorry. I’m not stupid, I was conscious of the risk and hopefully by now it will be a different story and not make the mistake of focussing on the wrong target.”

Grosjean said his objective this weekend was “not having any contact on the first lap”.

“As I say there is work in progress and it takes a bit of time. But it’s a cycle as well things have been going bad and the more it goes bad the more it is. But, again, I’m conscious of the risk at the start.

“I think Spa accident was quite impressive and I was the first one to be happy that Fernando had [no injury] so I am conscious of the risk. I paid as well the price of for mistakes.

“With the team we spoke quite a lot, they are not happy, I’m not happy with the way I’ve been going through the first laps. There’s 550 people working at Enstone to give us the best car and if you ruin everything in the first hundred metres it’s not good.

“I’m conscious of all of that and we will try to take as many precautions as possible to go through the first lap and then normally in the race we are OK.”

41 comments on “Grosjean: ‘The team’s not happy and I’m not happy’”