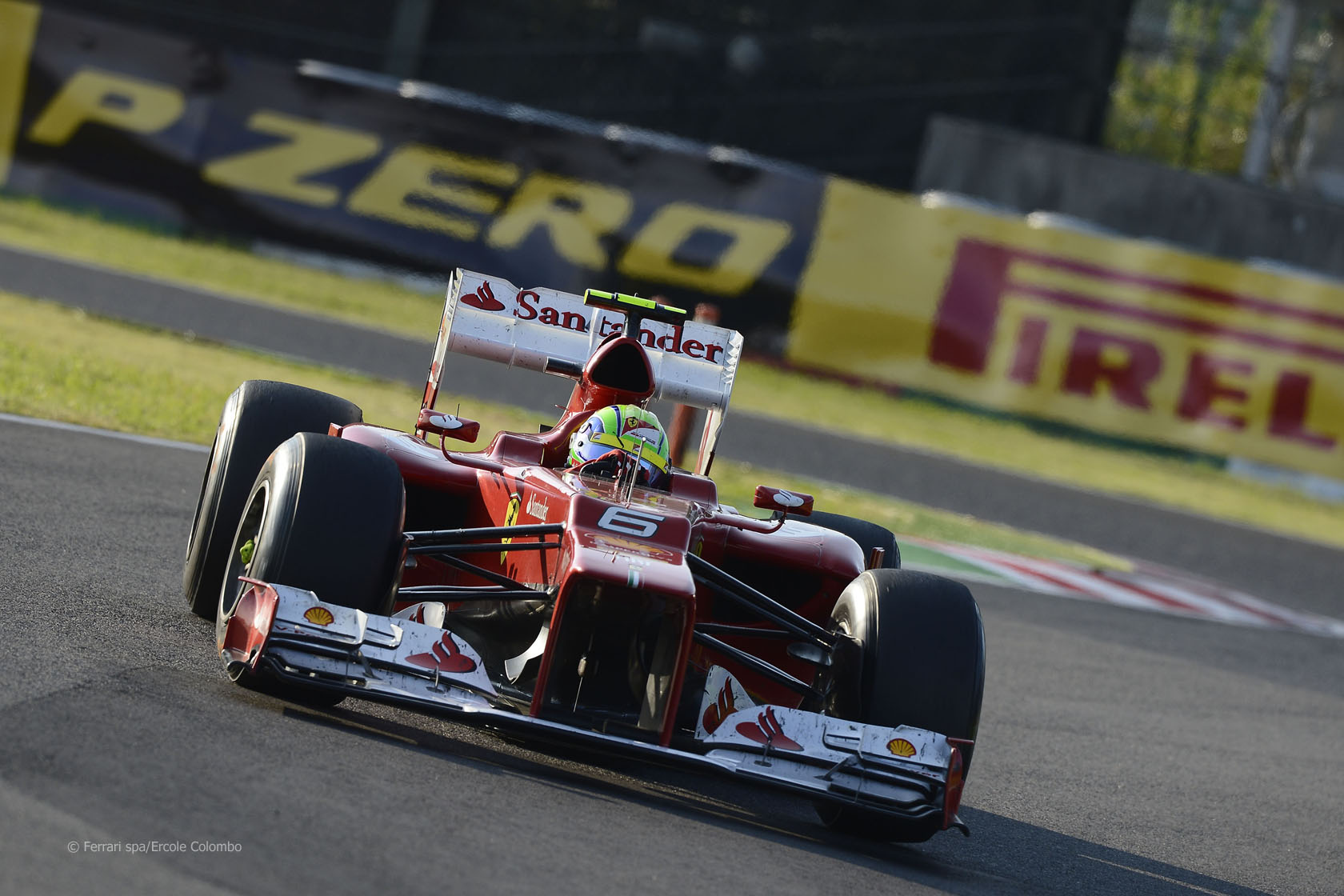 He was able to stay out longer than Kamui Kobayashi and Jenson Button during the first stint and move up to second place.

Kobayashi dropped back around half-distance when his tyres started to go off leaving Massa to claim his first podium finish since the 2010 Korean Grand Prix.

He had been close behind Kimi Raikkonen who lost time in pitting after traffic. But Perez lost a lot of time on his in-lap and was unable to capitalise on Raikkonen’s delay.

Worse, he lost his position he had taken off Lewis Hamilton. He spun into retirement trying to get it back.