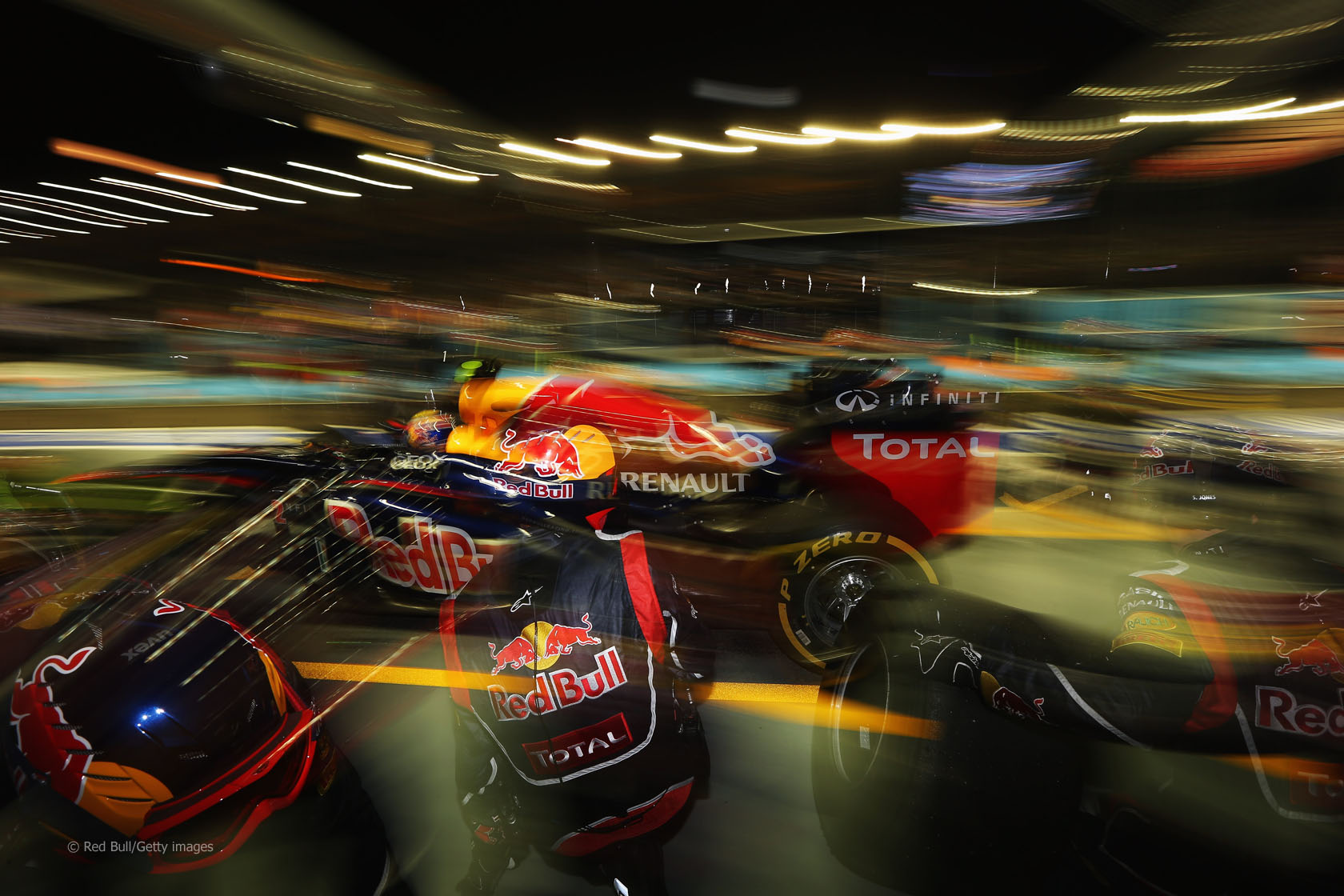 Red Bull were the quickest team in the pits at Singapore – just. Here’s the pit strategies and pit stop times from the race.

The appearance of the safety car midway through the race – and its reappearance shortly afterwards – led several drivers to change their strategies.

Three-stoppers were switched to two, and at a stroke much of the intrigue over the closing laps disappeared.

It was particularly disadvantageous for drivers who had recently changed to the super-soft tyre, such as Mark Webber and Pastor Maldonado – though of course the latter was doomed to retire anyway.

Red Bull turned around the fastest pit stop of the race for Sebastian Vettel when he made his first visit.

But McLaren – the form team of late when it comes to pit stops – very nearly matched them. Lewis Hamilton’s sole pit stop was just fractionally slower.