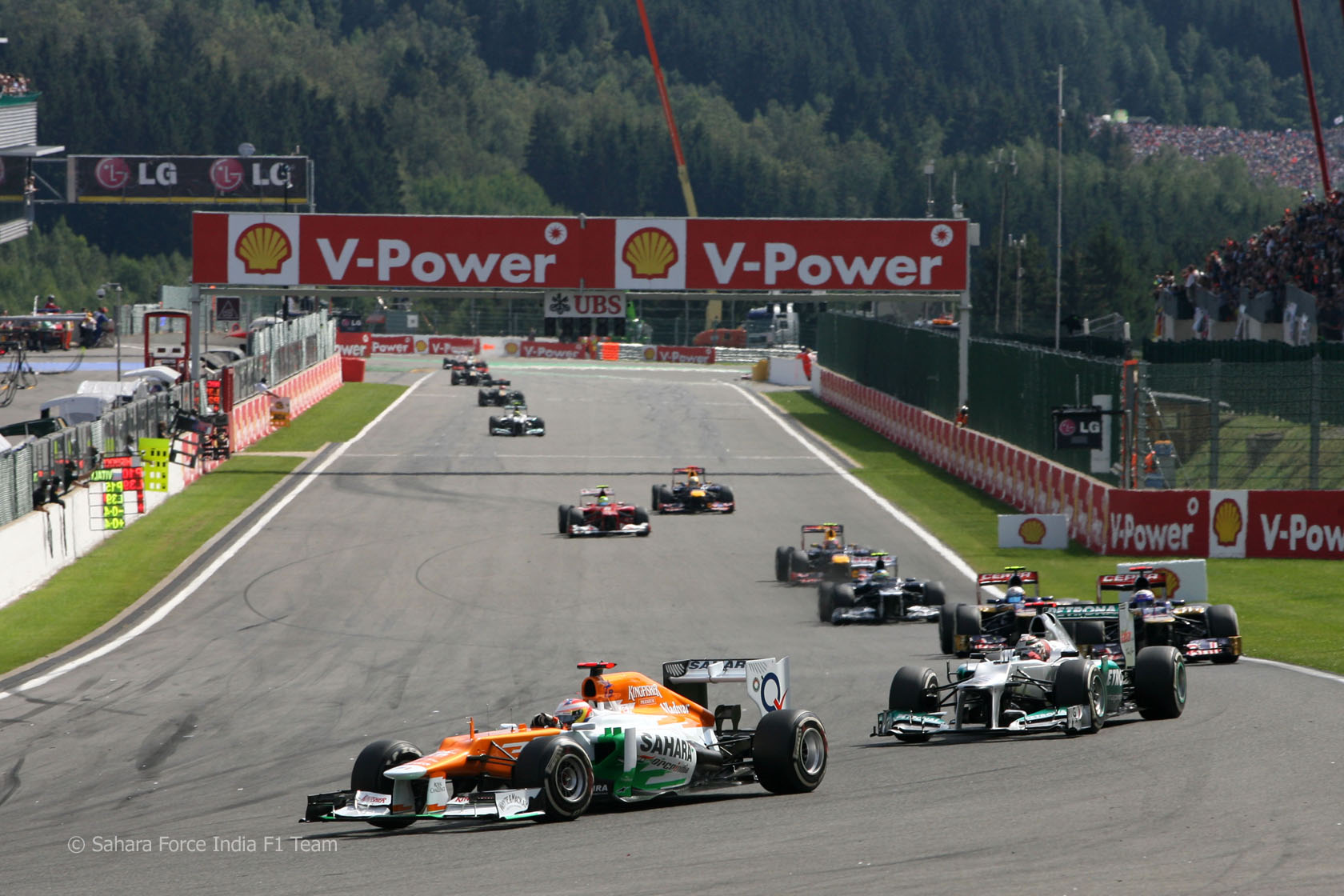 Jenson Button threw himself back into title contention after winning an eventful Belgian Grand Prix. His second win of the season came from pole position as the McLaren driver was rarely challenged, leading the pack the entire journey.

The race was rated an average of 7.467 out of ten. That’s the lowest Belgian Grand Prix rating of the last five years, but that’s largely because previous Belgian Grands Prix have been rated very highly.

The result was somewhat overshadowed by a frightening opening lap collision caused by Romain Grosjean which eliminated championship contenders Fernando Alonso and Lewis Hamilton and robbed Sauber of their best-ever qualifying performance.

Many rued the collision which took some of the intrigue out of the race:

Really enjoyable but I can?óÔéĽÔäót help but feel it should have been better had the accident not taken out so many drivers and ruined races.
Nefor

Could have been better if some of the best drivers hadn?óÔéĽÔäót crashed out in the first corner. All in all: eight.
Cyclops_PL

This race could have been really interesting but this sort of events happen when one or two crazy youngsters try to overtake the field in one corner.
Smokinjoe

Others felt the pile-up could have been avoided:

Again I will say, if they had started the race on the other pit straight, none of this would have happened.
Brownerboy

The damage done to Sauber’s race was particularly keenly felt after the team had shone in qualifying:

It?óÔéĽÔäós a shame we lost Kobayashi and Perez after the first corner, they would have been very interesting to watch.
Yobo01

I was really looking forward to racing challenges from the lesser names like Kobayashi and Perez.
Timothy Katz

I would like to have seen what the two Sauber?óÔéĽÔäós could have achieved.
BradFerrari

However, the majority were content with the fighting for position right down the field:

Good race. There was close fighting throughout which I don?óÔéĽÔäót think we?óÔéĽÔäóve seen so much this year since Monaco.
AndrewTanner

There?óÔéĽÔäós more to a race than first place. Vettel?óÔéĽÔäós overtakes and Schumacher?óÔéĽÔäós defences were exceptional. We had a good number of battles across the entire grid.
Pamphlet

Salcrich felt that Button deserved applause for his flawless weekend:

Give Button his due, he was untouchable in qualifying and held the same margin in the race. Where were the guys who were eliminated going to find the speed to challenge Button?
Salcrich

It may not have been one of the greatest races Spa has ever witnessed, but as Antonio notes there have been many excellent races at the track in recent years:

Sure, not as great as other races here in the past. Most of them actually. But still a good way to get back into business after the summer break.
Antonio Nartea

What did you think of the Belgian Grand Prix? Have your say in the comments.

The Italian Grand Prix Rate the Race poll is still open so be sure to add your vote here: