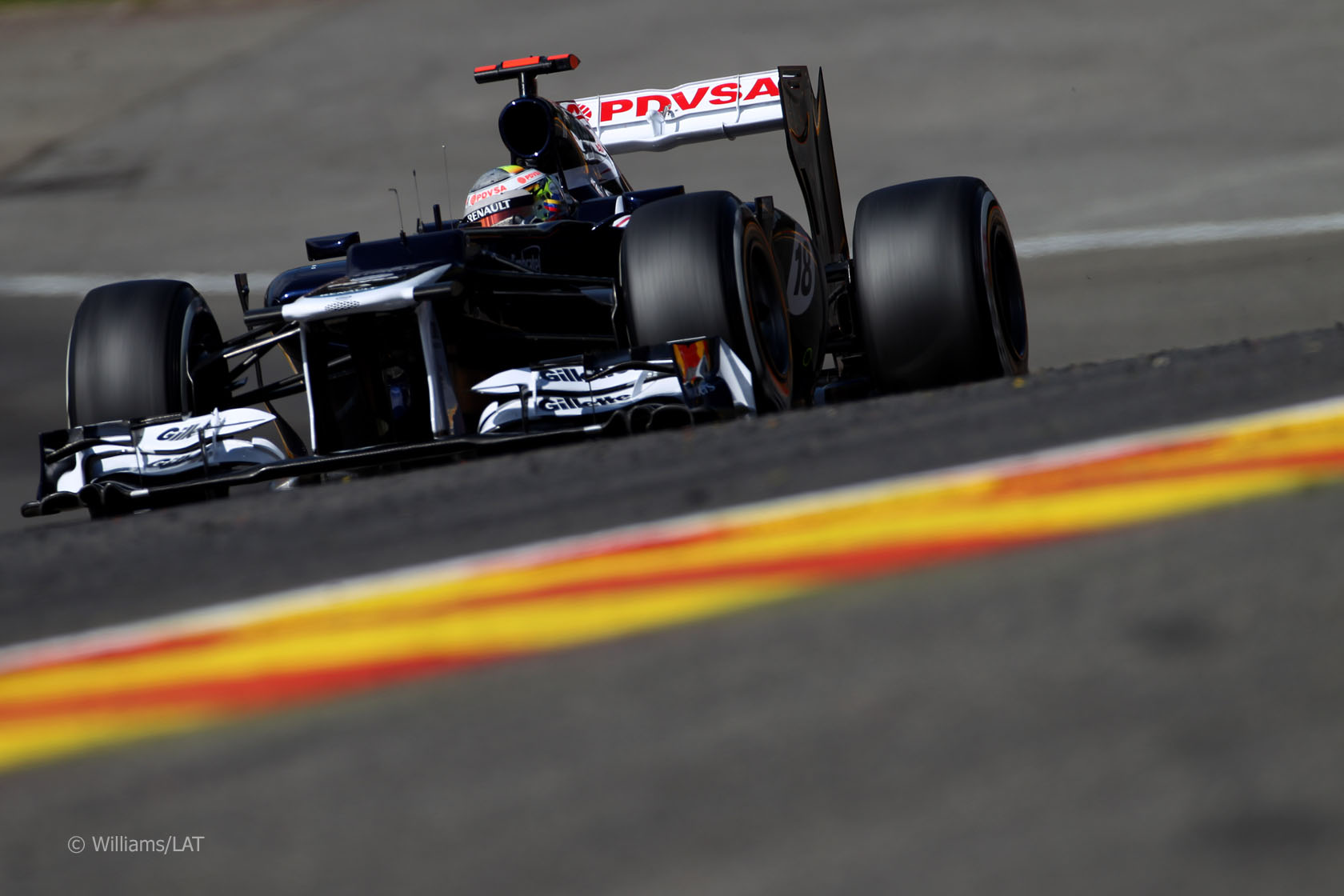 Pastor Maldonado’s collision with Timo Glock which earned him a penalty for the Italian Grand Prix is seen in this video shot by a fan at Spa-Francorchamps.

Maldonado ran into the rear of the Marussia driver immediately after the restart on lap five of the Belgian Grand Prix. The contact ended Maldonado’s race and dropped Glock from 16th to 19th.

The Williams driver received one of his two five-place grid penalties for this weekend’s race for the crash – the other penalty was handed down for his jump start.

Glock believed the collision cost him a better result: “We knew we could be stronger in the race and we were; we could have been stronger still but for the problem with Maldonado which lost me time earlier in the race and created a bigger gap to Petrov at the end than might otherwise have been the case.”

Were you at the Belgian Grand Prix? Share your pictures and video from the race here: