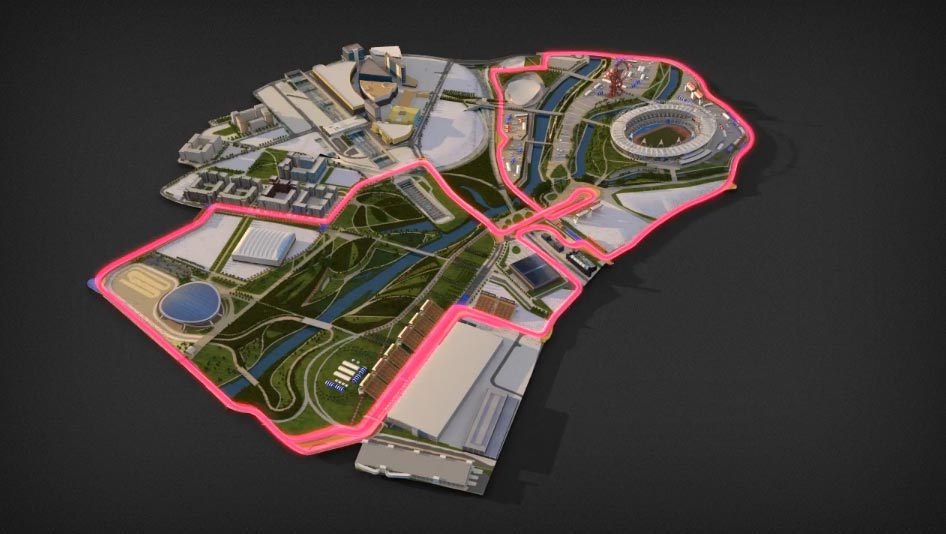 In the round-up: London’s Olympic legacy committee considers a proposal for the site to be used as a venue for an F1 race.

London 2012: Olympic Stadium could become a Formula One circuit (The Guardian)

“Plans for a Formula One circuit in and around the Olympic Stadium are officially now under consideration. The scheme is one of four being reviewed by the London Legacy Development Corporation, who are charged with the task of finding a suitable use for the showpiece venue of the forthcoming Games.”

Vettel: Red Bull too good for Ferrari to tempt me (The Telegraph)

“I’m flattered, but there has been no signal from me, I’ve not signed anything, nor agreed anything with a handshake. But if you asked the 24 drivers in Formula One if they would like to go to Ferrari in their career, all 24 would say ‘yeah’, and it is the same with me.”

“We feel that it would be unfair to suddenly alter one of the fundamental parameters that the teams have made a lot of effort to understand and get the most out of.”

Andrea Stella: “we have always maintained a positive attitude” (Ferrari)

“The car was good in Valencia, it was also good in Silverstone. And as Hockenheim is a mix of the slow speed of Valencia and high speed of Silverstone, I would expect Ferrari to be competitive in Germany.”

“A Melbourne court was told yesterday that after leaving the Albert Park track on March 26, Pearce got tired of walking and thought he would motor off in a $10,000 golf buggy.”

The Inside Line – on Mercedes?¾įķ╝įõ¾ Nico Rosberg (F1)

“Q: What?¾įķ╝įõ¾s been your most valuable ?¾įķ╝?Żlife?¾įķ╝įõ¾ lesson?
NR: You always meet people twice in life. This has been true several times for me and I picked it up from Frank Williams as he split with BMW some years ago.”

I don’t think any driver should complain about his team to the media. Lewis has done this time and again. As driver, is it not one?¾įķ╝įõ¾s responsibility to work through the problems with the engineers and mechanics?

This is where I see stark difference between Lewis and the likes and Vettel and Alonso. I don’t recall either one of them ever complaining about their respective teams, even when faced with strategic or pit stop blunders (Alonso lost the drivers’ championship thanks Ferrari’s tactical clanger!).

And the results are there to be seen, in Ferrari?¾įķ╝įõ¾s case, they have improved by leaps and bounds. The team provides immense support to these drivers because they get the deserved respect and support.

They way I see it, if there is a problem, get on it and fix it. Lewis fancies comparison between his and Senna?¾įķ╝įõ¾s driving style, and in truth, there are similarities. They?¾įķ╝įõ¾re both natural racers and for the lack of a better description, go ‘balls to the wall’.

However, Senna was a deeply involved with the engineers and the mechanics, often staying late into the night with the team as they worked in garage, hence he had the respect and support of the team. I haven’t been privy to Lewis’s daily schedule, but based on his demeanour and conduct, I don’t get the feeling that he has a strong bond with his team and therein lies his downfall.

My personal opinion is that it would be good for Lewis to leave McLaren. I think he needs a new perspective. Obviously as many have said, the choices are limited. If Michael Schumacher relinquishes his seat, perhaps it might be the best place for him. Although Mercedes aren’t consistent just yet, I would watch this space because Ross Brawn is somebody that?¾įķ╝įõ¾s accustomed to winning, I’m sure he will crack the formula sooner or later.
Jay Menon

Pironi was briefly involved in an entertaining scrap for second place with Derek Warwick, driving the uncompetitive Toleman.

Warwick eventually retired with a technical problem just after half-distance, but there remained speculation the car had been deliberately under-fuelled in order to put on a competitive showing at home, and wouldn’t have finished anyway.