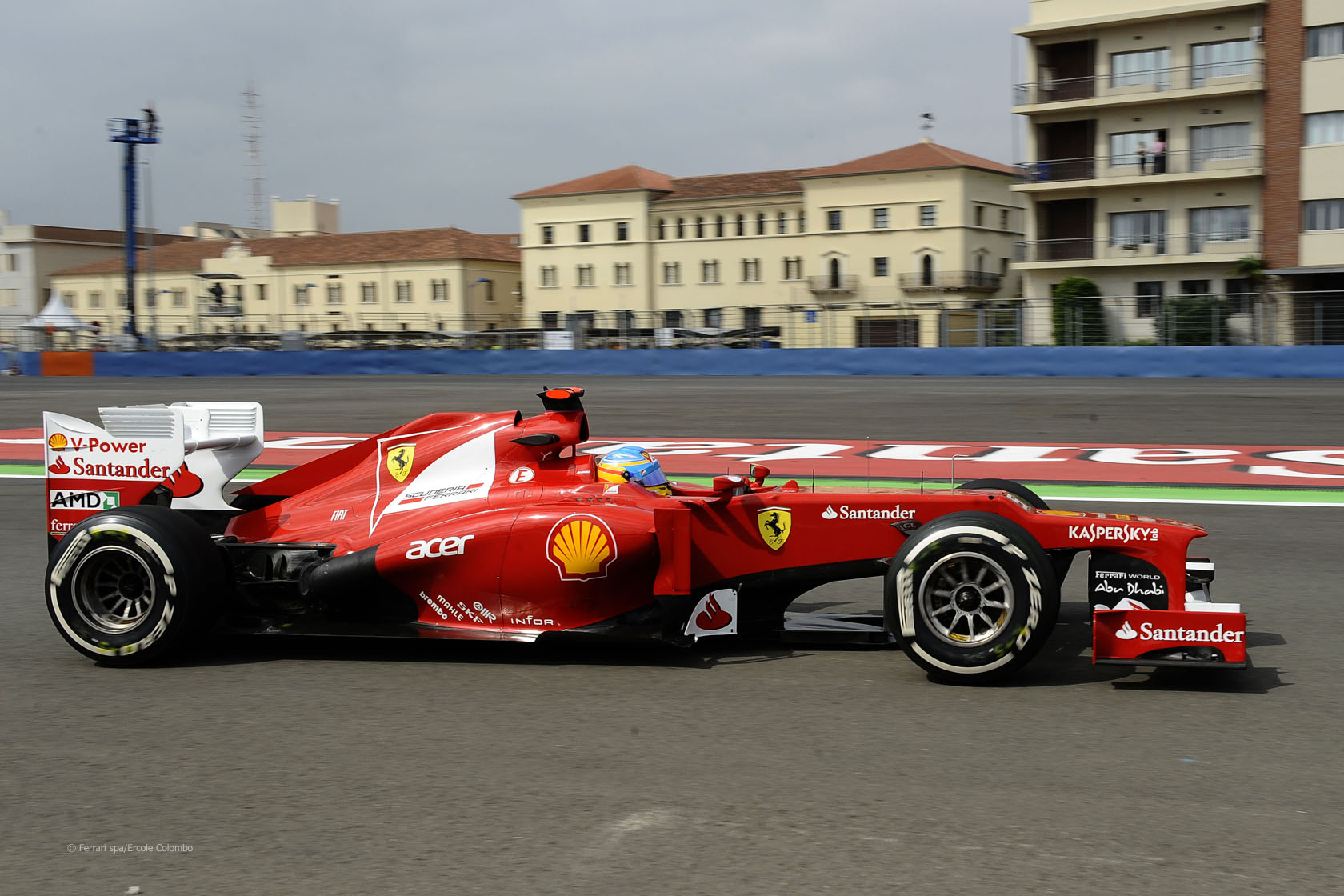 European Grand Prix winner Fernando Alonso won the Driver of the Weekend poll after his charge to win from 11th on the grid.

He gathered almost three times as many votes as Sebastian Vettel, who led the race comfortably before retiring with alternator failure.

Michael Schumacher came third in the poll after finishing in third place for his first podium since returning to the sport in 2010.

Failed to reach Q3 on Saturday, but drove a fantastic race on Sunday to bring joy to his home crowd.

After a good start, he pulled a string of overtaking moves on Bruno Senna, Michael Schumacher and Mark Webber and got in front of Kimi Raikkonen in the pits.

He later used another slow McLaren pit stop to get in front of Lewis Hamilton and overtook Romain Grosjean after a restart in an opportunistic manoeuvre. Having taken the lead when Vettel dropped out he coped with tyre degradation in the final laps to take the chequered flag, becoming the first driver this year to win twice.

Here’s what F1 Fanatic readers had to say about Alonso’s drive:

Has to be Alonso for me. Once more a truly staggering performance, pushing the car to the very limit, seizing every opportunity and managing the tyres at the end to drive home what was a brilliant victory from 11th.

Also great emotions after the race, shows that every one of these individuals are still human.
Wallbreaker

I went for Alonso in the end because he?óÔéĽÔäós always there. He benefitted from others’ bad luck for sure, but he was there when the others hit trouble and rose to the occasion once in the lead.

His main rivals that were running weren?óÔéĽÔäót able to challenge him. I?óÔéĽÔäóm not what you?óÔéĽÔäód call an Alonso fan, but I can see the excellence in this performance, even if it was a little fortunate.
Mayhemfunkster

I went for Alonso. Obviously there are Vettel, Grosjean, Schumacher and Webber worth mentioning.

The passes that Alonso completed on the Schumacher train were for me the crucial point of his race, his team did well once more to put him ahead of Hamilton, while McLaren failed, and his pass on Grosjean was perfect. Because of all that he found himself in the position to benefit from the misfortune of Vettel.
Caci99

Had a great qualifying session to secure his third pole position of the season by 0.3 seconds. Built a gap of over 20 seconds over the rest of the field in only 22 laps and was looking certain to become the first driver to win two races this season.

But alternator failure deprived him of what would surely have been a consummate victory.

This is strange feeling: it?óÔéĽÔäós the first time I voted for driver which didn’t finish ?óÔéĽÔÇŁ Vettel. He was untouchable not only in the race but also in qualifying and really deserved victory.
Osvaldas31

I think Alonso will win this but for me Vettel was fantastic – 33 poles already and was about a second lap faster during the race that too in a year where a few hundredth of a second can also make a difference.
Sid_prasher

Vettel was just in a different class compared to the others. His Q3 lap was astonishing, and his race pace was faultless. Even after Grosjean passed Hamilton he wasn?óÔéĽÔäót able to reel Vettel in.
Mads

Was once again out-qualified by his team mate and had to start the race out of the top ten. Yet on Sunday good luck finally smiled at him when all things fell into place for the Mercedes driver.

He fought his way through the field in the closing stages of the race and took advantage of the collision between Hamilton and Maldonado to finish on the podium for the first time since 2006 – something even he wasn’t expecting after crossing the finish line.

My heart went for Schumacher in this poll. His second stop was very critical; managed to come ahead of Webber; kept him at bay in a track where he drove only on two occasions before (and both the time it was a disaster); managed several places at the end.
Icemangrins

I voted for Schumacher because that last stint was superb hunting down those that remained between him and the podium and remind you keeping Webber at bay. Yes the Maldonado-Hamilton incident handed him the podium but its still sweet revenge.
Force Majkel

Fernando Alonso may be the only driver who won more than one race this year, but this is his first win in Driver of the Weekend poll and his fifth appearance in the top three. This means we have eight different poll winners in eight races so far this year.

Sebastian Vettel is one of the top three drivers of the weekend for the second time and he is yet to win the poll outright. Michael Schumacher found himself in the top three for the first time this year.

We have now seen 14 different drivers in the top three of the poll so far.