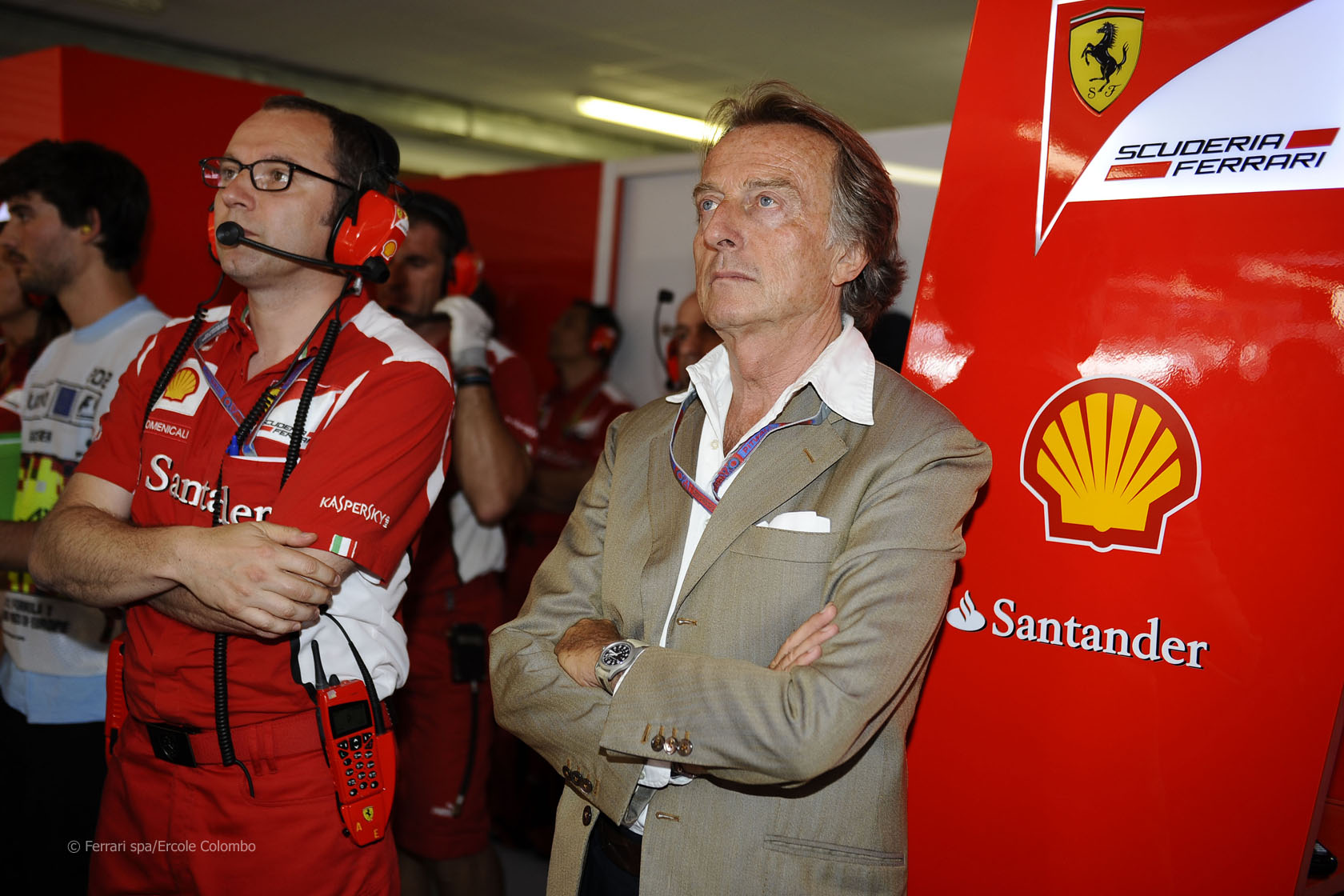 “I am worried and all of us should be,” Montezemolo told the team’s website. “Yes, I am worried, because I expect three very tough races at Silverstone, Hockenheim and Budapest and because we have seen that Red Bull is very strong, having had four tenths in hand over everyone in qualifying and in the race it was flying away, at least until the Safety Car.

“If we want to achieve our goals then we must make a step forward,” he added.

Alonso leads the drivers’ championship by 20 points over Mark Webber, with Sebastian Vettel a further six points behind. Ferrari are fourth in the constructors’ championship, 44 points adrift of Red Bull.

“It?óÔéĽÔäós thanks to your work, to an extraordinary driver who, not by chance, drives for Ferrari, to the strategy, the pit stops and the efforts of everyone at the track and back home, that we find ourselves leading the championship, even if we don?óÔéĽÔäót have the best car,” Montezemolo told his staff.

“Now we must ensure we do everything as well as possible because winning depends solely and exclusively on us. It would be a big mistake to think the win in Valencia means we have done enough: today we have a competitive car, but to win, we must do even more.”

He also gave a vote of confidence for team principal Stefano Domenicali: “The final round of applause and I am the first to put my hands together, is for your boss.

“Stefano Domenicali has never shirked his responsibilities, even acting as a lightning conductor for all the criticism, protecting his people, while at the same time knowing how to demand the maximum effort, how to build a team and look to the future in a positive way and with the right sense of realism. He deserves it.”