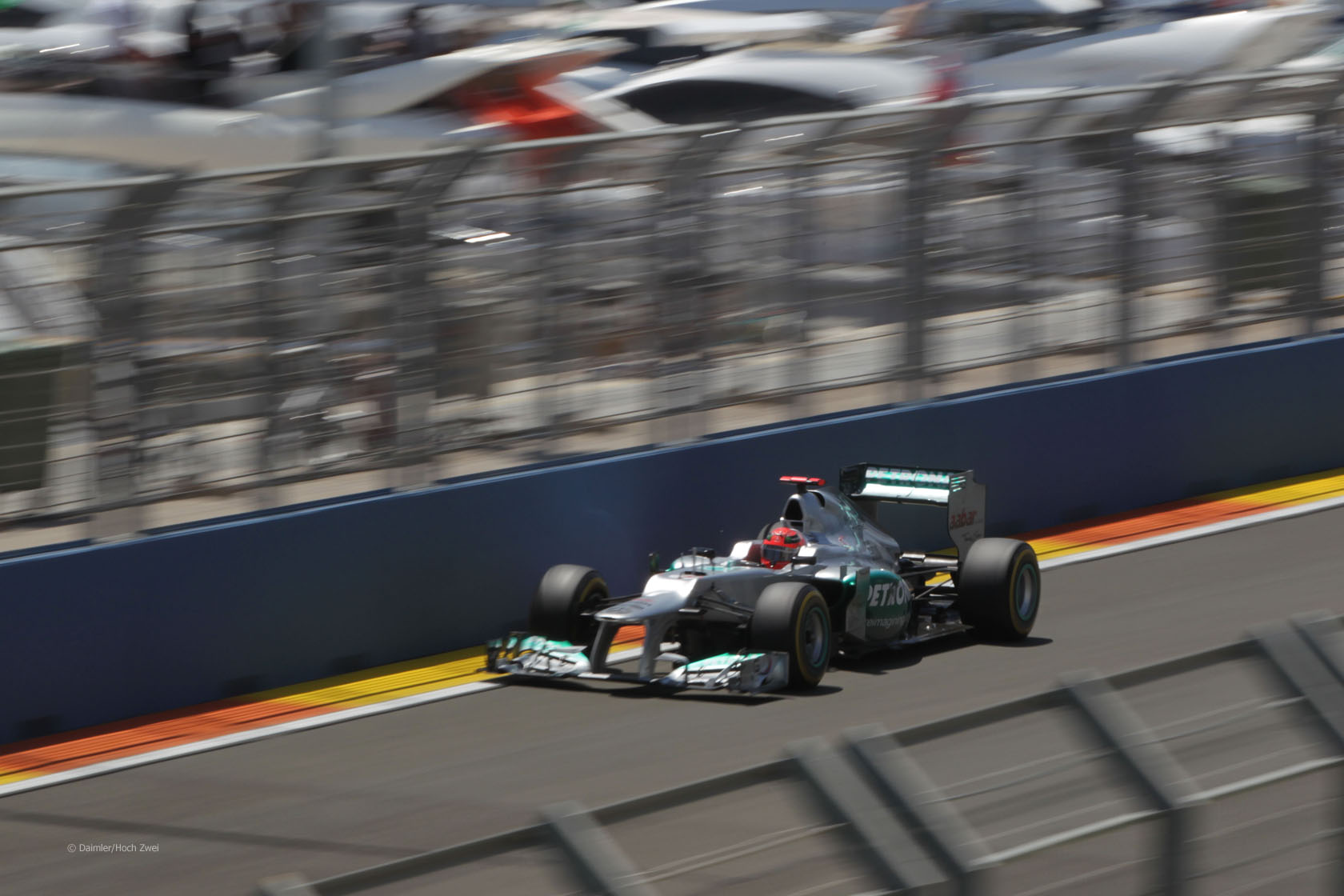 Pastor Maldonado, Kamui Kobayashi and Jean-Eric Vergne have been handed penalties for their incidents during the European Grand Prix.

But Michael Schumacher was not penalised after being investigated for using DRS while yellow flags where waving. The stewards decided he slowed sufficiently despite having his DRS open.

A 20-second time penalty was imposed on Maldonado for his collision with Lewis Hamilton.

It drops Maldonado to 12th place in the final classification and promotes his team mate Bruno Senna to the final points position.

The stewards also handed out grid penalties to Kobayashi and Vergne. The Sauber driver will lose five places on the grid in Silverstone after clashing with Felipe Massa.

Vergne’s contact with Heikki Kovalainen earned him a ten-place grid penalty for the next race and a ?óÔÇÜ?Ľ25,000 fine.

Vergne initially described the collision as “just a racing incident”. He said: “I felt I was ahead and as I started to turn into the corner, we collided and his front wing clipped my rear wheel and there was too much damage to the floor and it was impossible to change the damaged rear wheel so there was no way for me to continue.”

However after the penalty was handed down he Tweeted: “All my apologies to Kovalainen, rookie, not rookie, just my mistake and will learn from it…”

152 comments on “Maldonado, Kobayashi and Vergne penalised, Schumacher not”