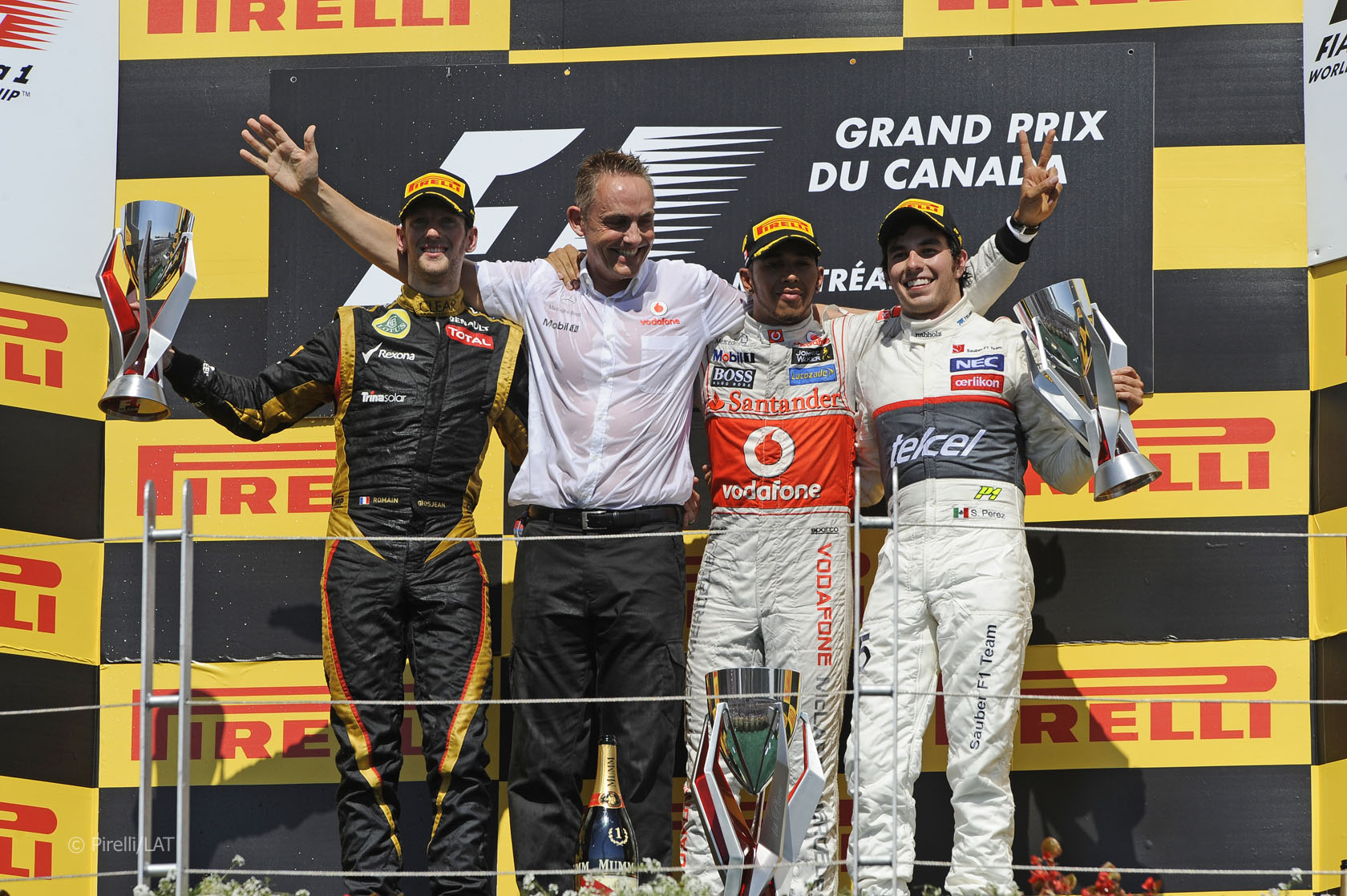 The same two players are tied for the lead of the Predictions Championship after the Canadian round – but it’s getting closer behind them.

Carpy3 and Chrissylyn each picked up five points in Canada, taking their totals to 70. But with the Canada round winner scoring 19, several players closed in on the championship leaders.

Nipz was the top scorer in Canada after correctly predicting a win for Lewis Hamilton with Romain Grosjean second, Sebastian Vettel fourth and Fernando Alonso in the top five. Their prize is a 1972 Autocourse eBook.

Five players tied for the second and third place prizes with 17 points. Nudihunter won the second-place prize of a Grand Prix Heroes DVD after getting within 0.03s of predicting the pole position time correctly.

The third place prize, an F1 poster from PJ Tierney, goes to Jeanrien. Commiserations to Bertie, Clay and Kapow32 who were close – but not quite enough.

Many players were on course for good score earlier in the race when Hamilton led Fernando Alonso and Sebastian Vettel – that was by far the most popular podium prediction. However over 58% of players correctly predicted Hamilton would win.

Here are the seven highest-scoring predictions for the last race:

Remember you can make your predictions for all the remaining rounds of the season below and edit them whenever you like up until the start of each qualifying session.

20 comments on “Predictions Championship lead remains in a tie”