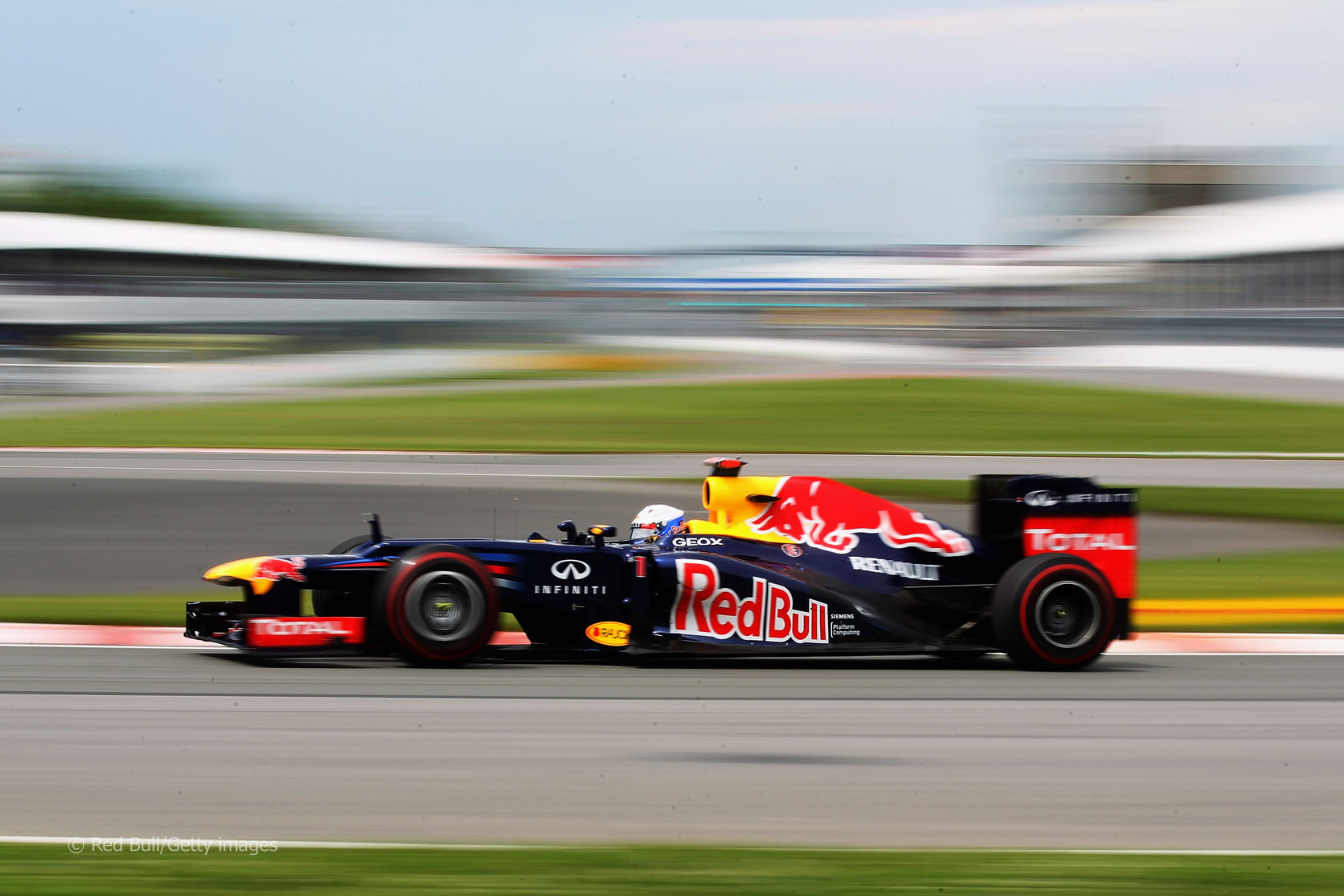 Sebastian Vettel ended the final practice session for the Canadian Grand Prix with the fastest time.

But there was very little between him and Fernando Alonso – Vettel was just 0.006s faster than the Ferrari driver.

Lewis Hamilton, who was quickest in both sessions on Friday, ended the final hour of practice in third place.

Nico Rosberg’s session was over before he had completed a single lap. He told the team the car felt strange when he did his first practice start, and came to a halt at turn seven on his installation lap.

He wasn’t the only driver who failed to get a lap in. Jean-Eric Vergne ran onto the grass at the exit of turn one at the start of his first time lap and skidded into the barriers.

Jenson Button joined the track early, needing to make up time after technical problems limited his running on Friday.

Vettel led the running to begin with on soft tyres, before his best time was beaten by Alonso. Hamilton was not far behind the Ferrari driver on the track, and edged Alonso’s mark by 0.025s.

With a quarter of an hour to go Vettel found more time on the softs, beating Hamilton’s mark by a thousandth of a second.

Alonso was the first of the three onto the super-soft tyres and went fastest with a 1’14.448 on his first effort.

Vettel edged his time by six-thousandths of a second with his best effort, aided by a tow from Schuamcher’s Mercedes. Hamilton also took to the track on super-soft tyres but did not improve his time.

Mark Webber was fourth-fastest ahead of Pastor Maldonado, Felipe Massa and Michael Schumacher.

Romain Grosjean led the Lotus pair with Kimi Raikkonen under investigation for cutting across the final corner on his way into the pits.

Nico Hulkenberg completed the top ten for Force India. Team mate Paul di Resta was 11th, and unhappy at being held up by Button. The McLaren driver ended the session 15th.

40 comments on “Vettel edges Alonso in final practice in Montreal”