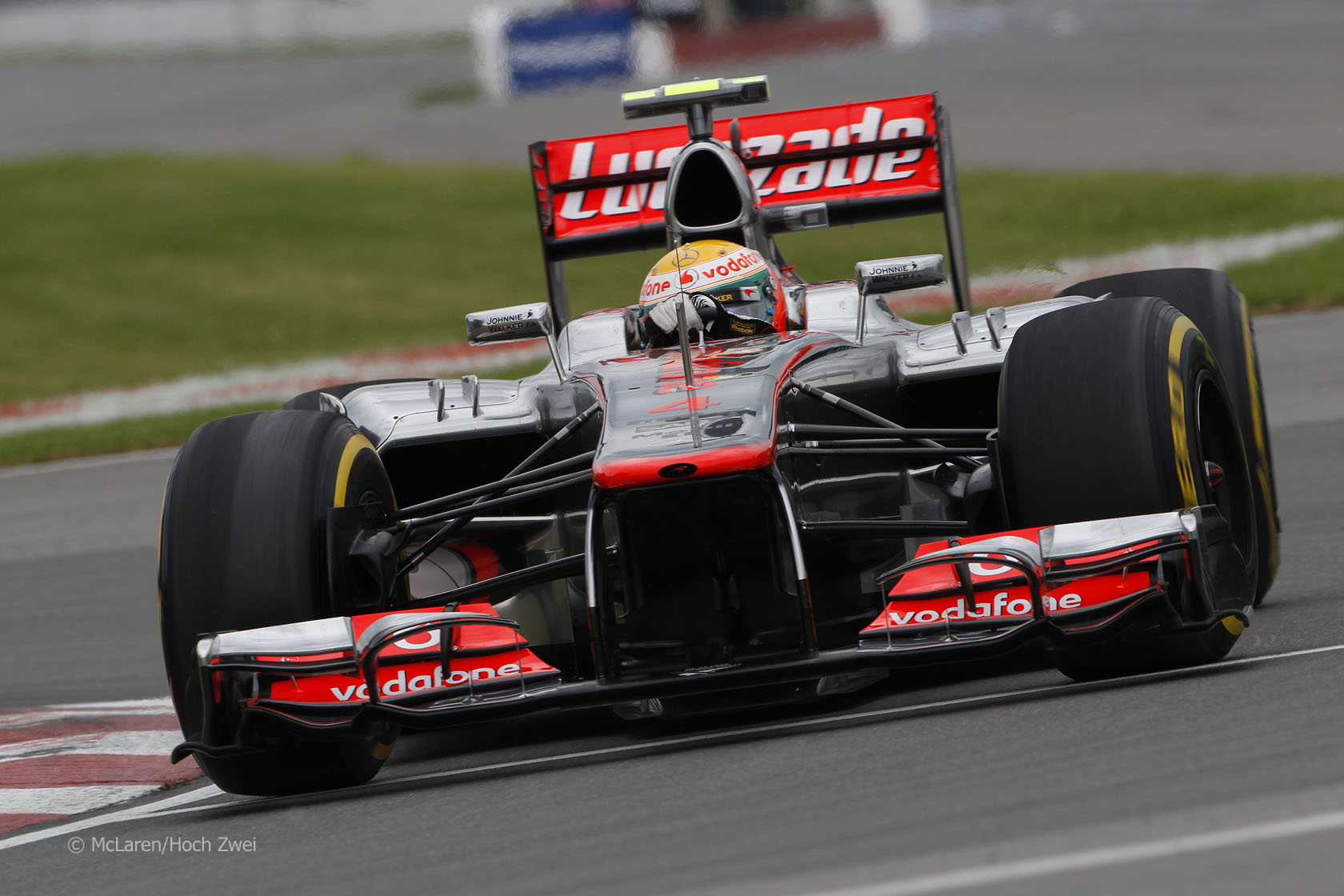 Lewis Hamilton carried on where he left off in the second practice session at the Circuit Gilles Villeneuve.

The McLaren driver headed the times at the end of the session, followed by the two Ferraris.

Hamilton was comfortably quickest in the opening part of the session, running on soft tyres and gradually lowering his best time.

He only found a slight improvement when he switched to the super-soft tyres, lowering his best to a 1’15.259.

The teams began the session eagerly, the weather radars telling them to expect rain halfway through. But, as in the last race, the forecasts proved pessimistic, and the tracks remained dry throughout.

For the second session in a row a crash brought out the red flags. This time the culprit was Bruno Senna, who hit the ‘Wall of Champions’ at the exit of the final turn.

The Williams driver lost control of his car in the first part of the chicane. As he tried to straighten it up the rear end snapped away and he went into the wall backwards. Senna admitted afterwards he had been “frustrated” by getting into traffic on his lap.

The session restarted with just under half an hour remaining. Heikki Kovalainen, who crashed in the first practice session, was able to return to the track in his repaired Caterham.

But Jenson Button spent most of the session in the pits as a continuation of his problems from first practice necessitated a gearbox change. There was less than 20 minutes left on the clock when he finally joined the session.

Button did a 14-lap run at the end of the session, moving up to ninth place. The top 13 were covered by less than three-quarters of a second.

Fernando Alonso was second-quickest despite spinning at turn nine early in the session. Sebastian Vettel was fourth following a reprimand for his contact with Senna in the first session.

Paul di Resta, fifth, was another driver who had an off-track moment, spinning at turn one when he locked his brakes.