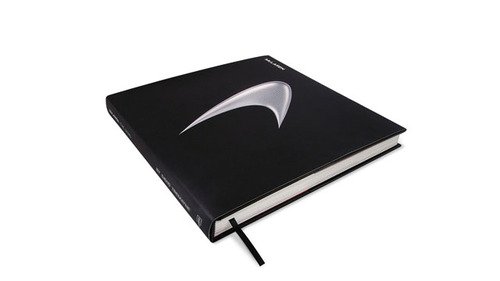 McLaren’s 176 wins in Formula 1 is second only to Ferrari’s. And it’s a fraction of their overall tally.

“McLaren: The Wins” list over 600 victories for the squad which also includes IndyCars, sports car racing, Formula Two, Formula Three, Formula 5000 and the spectacular by now-defunct Can-Am championship where they enjoyed so much early success.

The book adopts a similar format to “McLaren: The Cars”, and lists all the team’s victories chronologically. Extra space is given over to landmark or especially memorable wins.

As well as a selection of superb period photography, covers from event programmes, racing magazines and newspapers recapture the look of the time. I even spotted a Red Bulletin in there.

Published in the middle of last year, their most recent triumph in its pages is Lewis Hamilton’s Chinese Grand Prix victory last year – Jenson Button’s similarly thrilling win in Canada last year came after it went for publication.

Fitting over 600 wins into 300 pages is clearly a considerable effort. All the same I’d have liked to see a few more quotes from the winners, particularly on the team’s more famous races.

And although one of the indices includes a breakdown by Formula, these could have been included next to every entry for easier reference.

Those drawbacks aside, this is a superb reference guide to the many successes of one of the sport’s greatest teams. Here’s hoping Ferrari publish a similar title one day.

8 comments on ““McLaren: The Wins” reviewed”