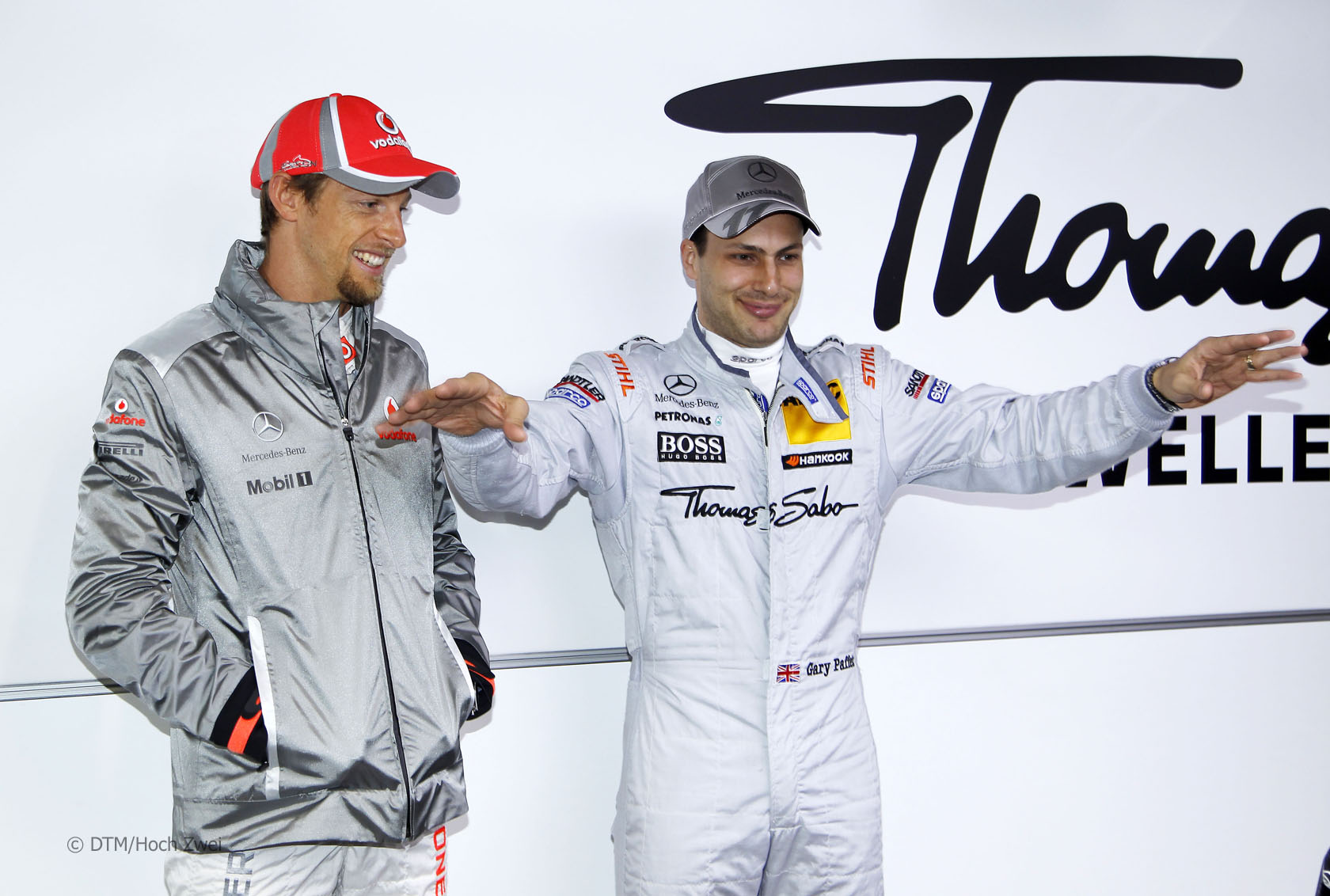 The pair are pictured at Brands Hatch, where Paffett scored his second win from the first three races, giving him a 25-point lead in the championship from BMW’s Bruno Spengler.

Like Paffett, Button won the first round of his championship this year. But he has slipped back to seventh in the F1 points table.

It’s over to you to see who can supply the best caption for this picture.

A selection of the best will be featured in the daily round-up.