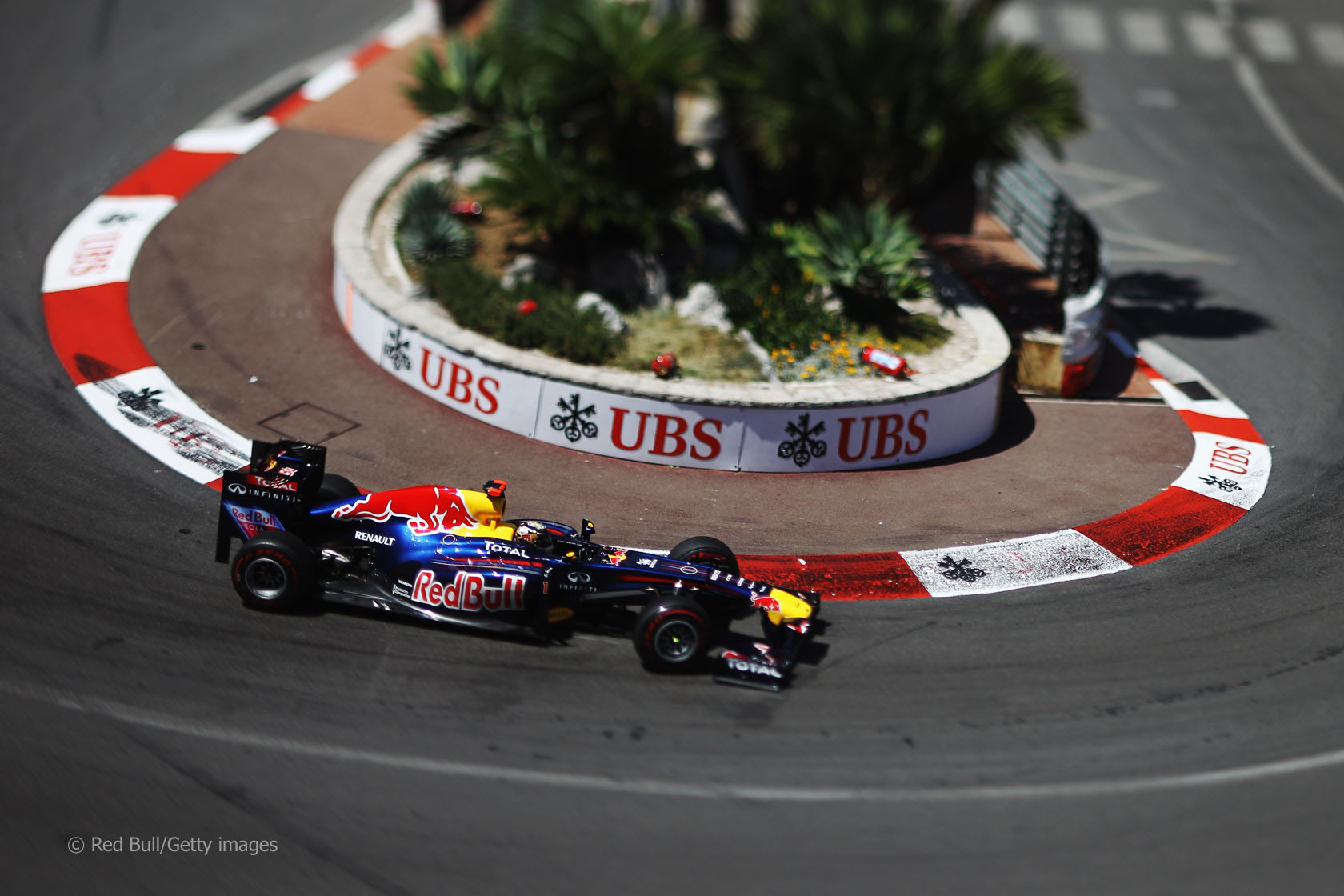 Link to this image full-size: https://aso-rikukyou.comwww.racefans.net/2012/05/22/monaco-grand-prix-f1-fanatic-quiz/monaco-f1-grand-prix-race-10/

A tilt-shift photograph of Sebastian Vettel at the Loews hairpin during the 2011 Monaco Grand Prix.

Vettel won the race from pole position, but came under fierce pressure from Fernando Alonso and Jenson Button in the second half of the Grand Prix.

A late red flag following a multi-car crash played into Vettel’s hands as he was able to change his tyres before the restart.