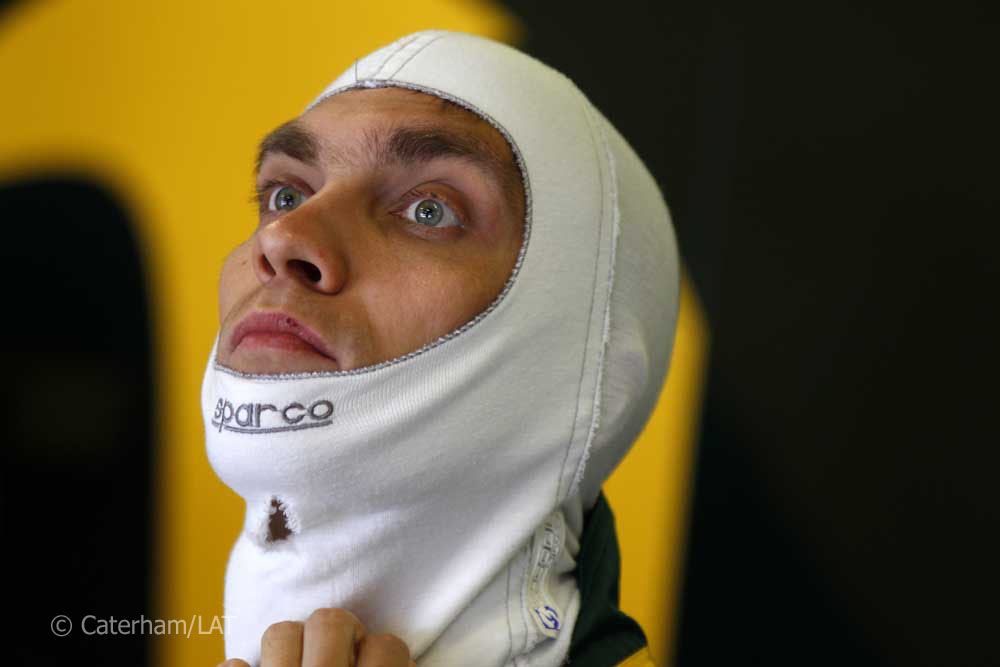 In the round-up: Vitaly Petrov thinks Ferrari will keep the under-performing Felipe Massa at least until the August break.

Petrov: Massa has 6 Races to Save Ferrari Seat (Ria Novosti)

“I don?óÔéĽÔäót think they?óÔéĽÔäóll fire Massa just now. At least not until August.”

The dawning of a new era (HRT)

“The day has come for HRT Formula 1 Team to officially open its doors to the new headquarters at the Caja Magica in Madrid.”

What really happened to McLaren in Spain (Autosport, subscription required)

Martin Whitmarsh: “The stewards took a decision. I didn’t anticipate the severity of that penalty ?óÔéĽÔÇŁ I don’t think many people did, frankly. With hindsight you can revisit your decisions. I stand by what we did. We have to accept that there was less fuel in the car than we anticipated. We were fully open with the FIA.”

“GP2, the previous championship which was promoted by Briatore and is now owned by the Formula One group is a major league rip-off. Teams cannot use parts unless they are supplied by he series, and these are supplied at a huge premium to normal prices.”

The Inside Line – on Toro Rosso?óÔéĽÔäós Daniel Ricciardo (F1)

“There was one karting race when I was something like 14 years-old. I was in second place and I said to myself I will wait until the last lap and then I will then get him. On the corner I had planned to pass him, he defended and I didn?óÔéĽÔäót expect that and he won the race. So what I took home from that day was that you shouldn?óÔéĽÔäót wait forever to make your move.”

“The air outside the Ferrari enclave is becoming increasingly foul and I bear left as leave, aiming towards the end of the paddock where the horizon looks clearest. I try not to inhale while walking, but the back of my throat feels odd for the next couple of hours. If that’s what it’s like for me, on the fringe, I hate to think how it must have been for those closer to the blaze.”

F1 Merchandising ?óÔéĽÔÇŁ Have The Teams Got It Right? (Schuvettelainen)

“Before the start of the season I decided to look at what teams released and when so that I could write about it here. I?óÔéĽÔäóve never previously taken a look across all the teams in this way, and what I found surprised me to the extent that I questioned whether or not the teams in one of the most commercial sports in the world have got it right.”

As usual we had lots of great suggestions for the Caption Competition – particularly those from Blunt, Asanator and MatthewF1.

However I picked this from Don Navarro as the winner: Bernie: Bring out the 70-candle birthday cake from the garage!

Graham Hill scored his first F1 win 50 years ago today at the wheel of a BRM in the Dutch Grand Prix at Zandvoort.

Here’s a short video from the race:

114 comments on “Ferrari may drop Massa in August break – Petrov”