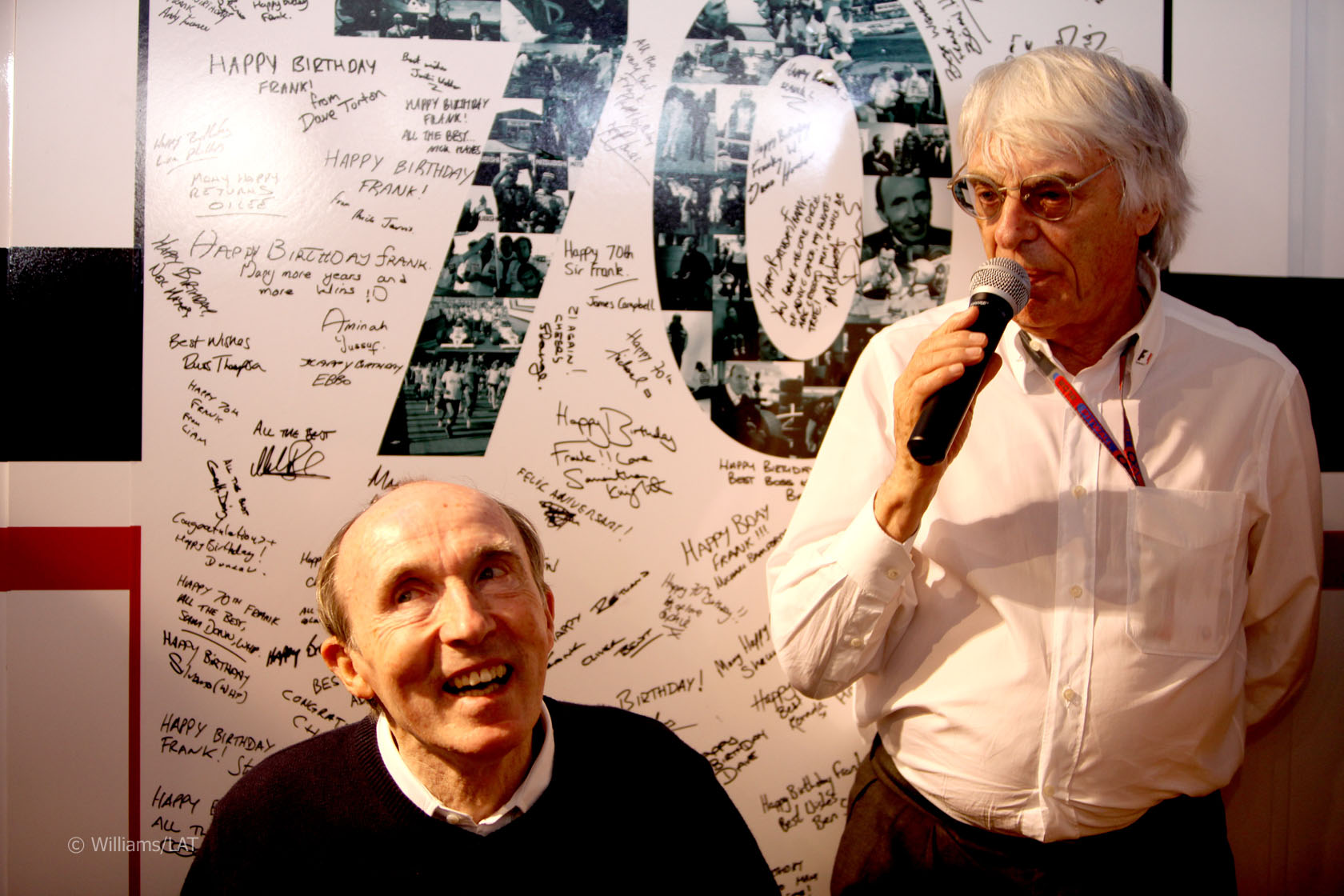 It was a dramatic weekend for Sir Frank Williams in Barcelona.

Pastor Maldonado scored Williams’ first win in eight years – but all at the team were fortunate to escape a fire which broke out in their garage after the race.

Before all that there were belated birthday celebrations for the team’s founder, who turned 70 in April.

Formula One boss Bernie Ecclestone was among those who joined in the party. What did he have to say to Sir Frank? That’s up to you to decide in today’s Caption Competition.

Post your suggest for a funny caption in the comments. A selection of the best will be featured in the daily round-up.